6 tips for blossoming tea sales in your natural store 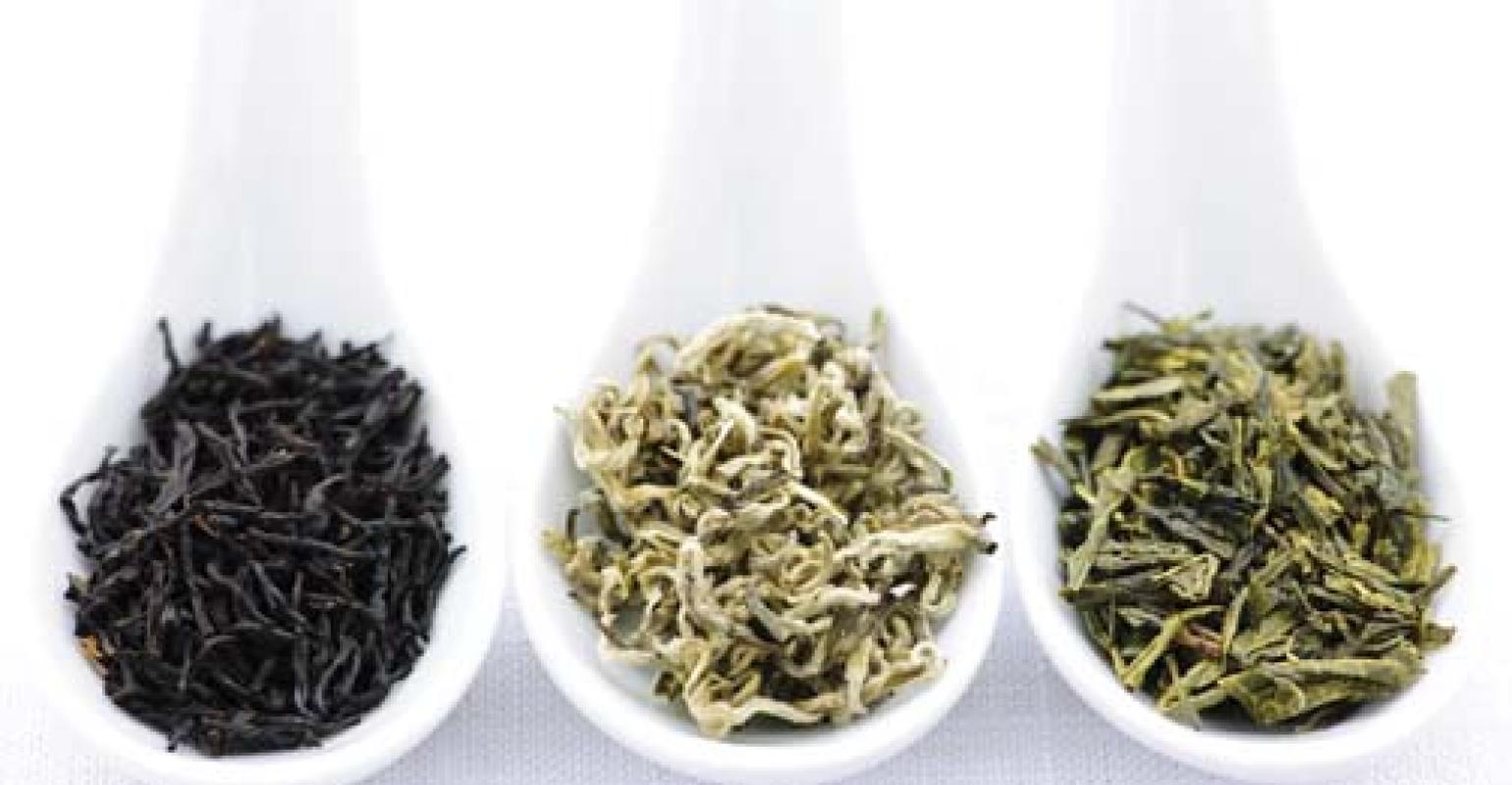 With a huge spike in consumer interest in specialty tea, it is important to brush up on the facts of this industry. Tea Association President Joseph Simrany givesNFM the inside scoop about organic tea, packaging, single origin tea, storytelling, tea cocktails and tea-flavor trends.

Legend says that in 2737 B.C., the Chinese emperor Shen Nung was touring his kingdom when he stopped for a rest near a Camellia sinensis bush. As his servant began boiling drinking water, leaves and buds from the bush blew into the pot. The emperor, an ardent herbalist known as the “divine healer,” decided to give the mixture a taste.

Nearly 5,000 years later, the tea Shen Nung discovered is a staple far outside of China—and second only to water as the most consumed beverage in the world, according to the Tea Association of the USA. China, followed by Japan, Holland and a host of other tea-loving nations, discovered over the years how to process and oxidate C. sinensis leaves and buds to produce black, green, white, oolong and pu-erh teas, while others experimented with herbal blends.

Today, China remains the largest global tea producer, and Ireland is the top tea-swilling nation, according to the United Kingdom Tea Council. But, of course, the United States holds its fair share of tea parties as well. On any given day, about half of the American population has a cup of tea, the Tea Association of the USA reports. In 2010, tea sales in conventional and natural retail stores surpassed $2.15 billion—up from $870 million in 1990. Last year was the 19th consecutive year of tea sales expansion in the U.S.

Tea Association President Joseph Simrany predicts supermarket sales of tea will increase 1 percent to 2 percent annually over the next decade. He believes specialty teas— varieties such as oolong or white tea that are not frequently consumed in the U.S.—will be the main growth drivers. While herbal blends are not considered traditional teas, they are also expected to fuel future sales expansion.

“There is tremendous [consumer] interest in specialty tea,” Simrany says. “This interest is strongest in the Pacific Northwest, but there is much evidence that it is spreading to the rest of the states as well.” The same desire consumers have for specialty coffee, exotic juice blends, microbrewed beers, imported olive oils and premium ice cream is driving the specialty tea surge, Simrany says. “This segment has the capability of doubling its volume over the next five years and may grow at an even faster pace with the right support from the industry,” he notes.

A variety of innovations within the specialty tea category are encouraging customers to sit down and have a cuppa. Here’s what experts predict will be bringing hot tea sales to a boil next year and beyond.

Consumers have long been attracted to tea’s health benefits, and this is brewing interest in organic tea, Simrany says. The U.S. Department of Agriculture began tracking tea imports this year, and preliminary data suggest organic tea represents about 2 percent to 3 percent of total tea imports to the U.S. Look for these figures to increase as more growers embrace dual-certified fair trade and organic teas.

Merchandising tip: Let your customers know that even boiling water can’t zap the pesticides that cling to conventionally grown tea leaves. A 2001 study published in the Journal of Agriculture and Food Chemistry shows that as many as 13 different pesticides can be found in infused conventional teas.

Traditional tea is a mishmash of leaves from various growers, blended into a distinct flavor such as English Breakfast. Denver-based Teatulia and Upper Eddy, Pa.-based Ajiri Tea are just two of the growing number of companies that are bucking that conventional manufacturing process and sourcing their tea directly from a single region.

As with wine and coffee, tea flavors are influenced by where they are grown, says Teatulia Cofounder and CEO Linda Appel Lipsius. Teatulia’s organic tea comes from a northern Bangladesh region of the same name, and features a full-bodied flavor with a natural sweetness. Ajiri’s Rainforest Alliance–certified tea is grown in Kenya’s Kisii Highlands, which is known for its bold black teas.

Merchandising tip: Since tea origins can be confusing, consider signage or a newsletter article explaining how all tea comes from the C. sinensis bush, and different varieties and flavors are determined by where tea is grown and how it’s produced.

Single-origin tea is ripe for the kind of sustainable stories your customers love. For instance, Sara Holby founded Ajiri Tea after a volunteer stint in Kenya showed her the importance of helping AIDS-ravaged societies. More than 10,000 farmers grow Ajiri’s black tea, often next to their personal gardens of tomatoes, kale and banana trees. All profits from tea sales go to the Ajiri Foundation, which helps educate children orphaned by AIDS.

At Teatulia, all of the profits go to a Bangladesh cooperative that has expanded to more than 1,000 people since the company was founded in 2000. The money has helped established education, health and cattle-raising programs. The cooperative is so successful that Lipsius expects the number of participants to quadruple within the next two to three years.

Merchandising tip: Let your shoppers know that because tea is inexpensive to produce, it can be an easy way for companies—and consumers—to help impoverished people thrive.

A growing number of manufacturers, including Teatulia and Concord, Mass.-based Tea Forte, are debuting pyramid bags—compostable bags that are big enough to allow whole-leaf tea to expand to its fullest potential. Not only do these bags produce brews that are stronger than those made from the finely ground leaves in conventional tea bags, but consumers can also get multiple cups from each pyramid bag. Plus, these revolutionary bags are “the democratization of fine tea,” Lipsius says, allowing customers to get the benefits of whole tea without the tediousness—or snob factor—of infusers and strainers.

Merchandising tip: Natural and organic tea boxes are now commonly made from recycled materials, and their labels are becoming increasingly eye-catching. Ajiri’s labels are handmade by Kenyan women who turn recycled magazines and banana leaves into one-of-a-kind prints. “A lot of people buy the tea for the first time just because they think the package design is cool,” Holby says. Use this graphic interest to your advantage by displaying the boxes like artwork in endcaps or near checkout.

5. Start the party with tea cocktails

Tea time is moving beyond breakfast and dessert, thanks to a foodie culture that emphasizes cocooning and the good life, says Stuart Gold, Tea Forte’s chief brand officer. His company’s Mixology Set offers an easy way to capitalize on this trend. The set includes eight pyramid-shaped tea infusers in flavors such as Lavender Citrus and Silkroad Chai, two glass containers and a booklet of cocktail recipes. Drop the infuser into the container, add the cocktail ingredients and voilà—a fresh spin on happy hour.

Merchandising tip: Tea-infused cocktails do more than just expand traditional tea-drinking times—they also expand the demographic. “Tea is no longer a gray-haired drink,” Gold says. Make sure your displays aren’t geared solely toward grannies and hippies by including tea-based cocktail recipes in back-to-college and cooking-class endcaps.

Smoother-tasting flavors—think white tea instead of green—are in vogue, Lipsius says. The green tea category has struggled a bit in recent years because of the drink’s bitter taste, Waltrip says, so look for green and white blends, or additions like pomegranate or blueberries that add antioxidants and sweetness.

In recent years, “perhaps the most notable flavor enhancement of tea in the U.S. is the introduction of various forms of chai,” Simrany says. In the future, Brooklyn, N.Y.-based flavor and extract company Virginia Dare predicts that superfruits such as maqui may make their way into teas.