Gluten intolerance classified as 'disability' - how will food service react? 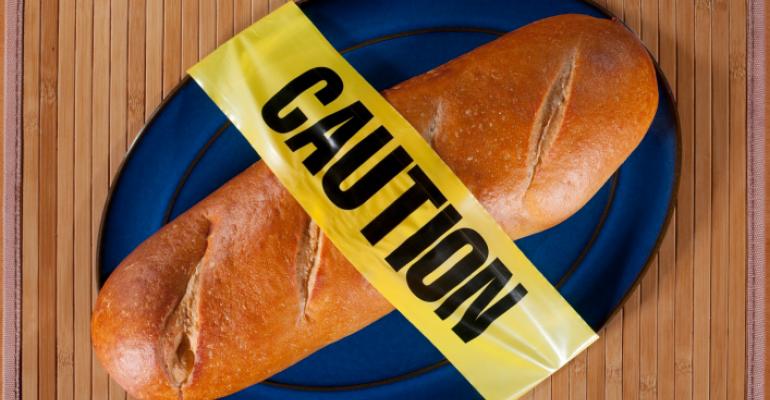 A recent Department of Justice ruling says that celiac disease and gluten sensitivity qualify as &quot;disabilities&quot; under the Americans With Disabilities Act. The action raises interesting questions: What, exactly, is a disability? And how will this ruling affect other food-service operations, including restaurants?

Last month, the U.S. Department of Justice (DOJ) reached a settlement with Lesley University in Cambridge, Massachusetts, concluding that severe food allergies, including celiac disease (an autoimmune disorder), qualify as a disability under the Americans With Disabilities Act (ADA).

Though the news was slow to catch on in the press, it immediately raises interesting questions: What, exactly, is a disability, and which other conditions might eventually fall into that category? How will this ruling affect other food-service operations, including restaurants? And what opportunities does it present for the fast-growing gluten-free food product industry?

A new mandate for food service

The Lesley case was prompted by students who objected to the school’s mandatory meal plan; when a student suffers from celiac disease or gluten intolerance, eating most traditionally prepared food results in severe and ongoing health problems.

Rather than simply removing the mandate to buy the on-campus dining plan and make it optional, the school agreed to a settlement that goes far beyond giving students an out and chooses to actively serve their dietary needs. Under the agreement, Lesley now will provide gluten-free food options in the dining halls, allow students to pre-order food, address cross-contamination concerns, and train their staff about food allergies.

But the ripple effects could reach much further. As reported by AP, “the decision leaves schools, restaurants, and other places that serve food more exposed to legal challenges if they fail to honor requests for accommodations by people with food allergies.”

Reactions have varied from cheers to disgust. Not surprisingly, the gluten-free community responded positively. “The decision sets a precedent,” says Rachel Begun, RD, Delicious Living advisory board member and spokesperson for the Academy of Nutrition and Dietetics. “It gives a voice to college students suffering from celiac disease and food allergies and provides foodservice providers with minimum guidelines for how to prepare and serve safe food.”

But FOX News writer Hans von Spakovsky disagreed that food allergies are severe enough to qualify as a disability. He wrote on Jan. 8:

Title III of the ADA prohibits discrimination in “any place of public accommodation” on the basis of disability. A disability is defined as a “physical or mental impairment that substantially limits one or more major life activities of such individual.” It would cover, for example, a university barring paralyzed individuals in wheelchairs from attending classes or not reasonably accommodating their needs. But the food claim that [Thomas Perez, head of the Civil Rights Division] asserted against Lesley University stretches the law far outside its boundaries. In fact, … in Land v. Baptist Medical Center—a case involving a day care center student—[the court ruled] that a food allergy is not a disability under the ADA since it does not substantially limit a student’s ability to engage in activity.

The “substantially limits activity” standard comes from a 2009 revision of the ADA. And as anyone with celiac or severe gluten intolerance knows, even a little gluten accidentally ingested definitely hits that “limits activity” criterion, including missed work and classes.

But people with "traditional" and physically visible disabilities may disagree. On Jan. 25, a Forbes.com article by Alice G. Walton quoted bioethicist Dan O’Connor, PhD, on the question of what defines “disability”:

One school of thought is that it’s your body that’s disabled you. If you can’t walk and use a wheelchair, it’s your legs that disable you, for example. But the newer thinking is that it’s not your body that disables you, it’s the environment around you. That’s a much more interesting way to look at disability. So the onus isn’t on the ‘disabled’ person, it’s on the environment and on all of us. … Who’s really disabled? The traditionally disabled may worry that political gains they’ve made will be left behind. 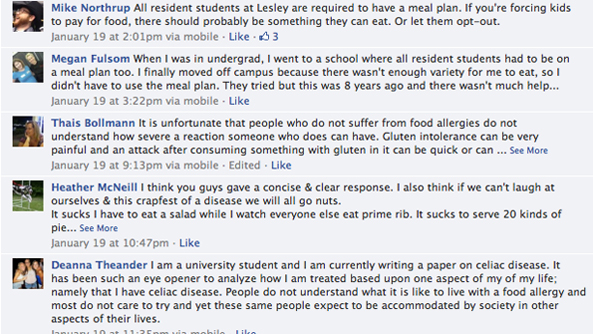 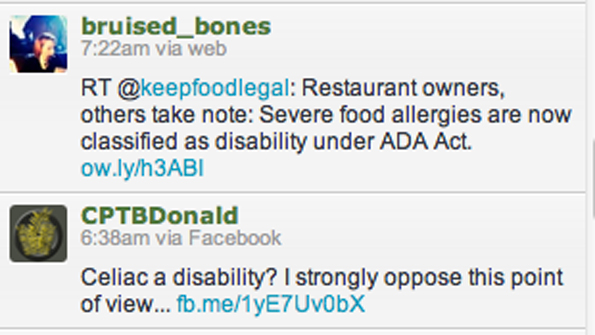 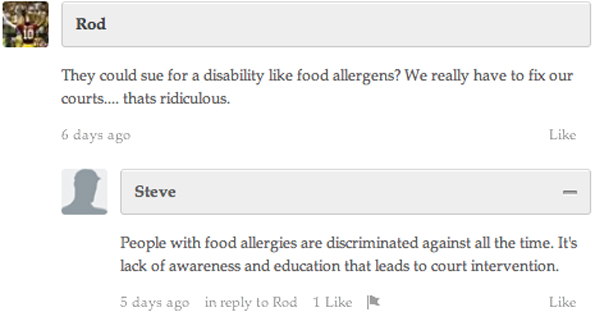 For those of us who deal with food allergies, sensitivities, and celiac, this case may fall into the “there’s no such thing as bad publicity” category. Many people still don’t understand the seriousness and pervasiveness of food intolerances. Clearly, the Lesley University outcome will raise the awareness factor, and it remains to be seen how it impacts business and manufacturers alike.

What’s your opinion: Is "disability" too strong a category for food intolerance? What's a reasonable expectation for places that serve food?