Should you stop selling bottled water? 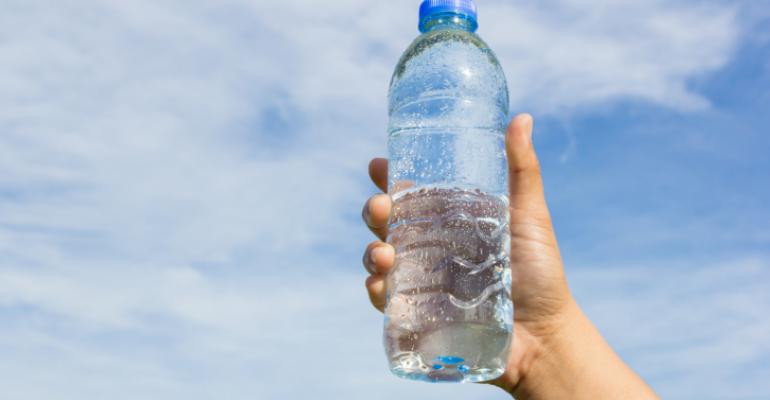 Bottled water consumption is rising, which means people are drinking less soda, but also more plastic bottles packing landfills. What should your store do?

Despite its bad reputation, bottled water does have a good story.

A 2015 report by Beverage Marketing found that from 2014 to 2015, carbonated soda volume in the United States slumped by nearly 1 percent. While seemingly small, this number is particularly powerful when you consider that soda sales have steadily contracted for the past ten years. As a comparison, total bottled water volume consumed in 2014 reached 11 billion gallons--a 7.4 percent increase from 2013.

“Water has been the runaway success story of the industry,” the New York Times reports in a recent article about weak soda sales. “Gary A. Hemphill, an industry consultant, projects that in 2017, water will surpass soda in sales and become the largest beverage category in the United States.” While consumers aren’t as loyal to bottled water brands as they are to Big Soda titans like Pepsi and Coca-Cola, bottled water sales have helped buoyed soda companies to stay afloat.

Now for the bad story.

Bottled water is big business. And with increased category competition, brands grapple to differentiate their single-ingredient product through calculated storytelling. For example, remember Resource Water, a Nestle brand that markets to higher-income women, and with “natural electrolytes for taste”? (In 2013 Stephen Colbert ripped apart Resource’s thin marketing tactic on The Colbert Report.)

And how about Volvic Natural Spring Water? The brand says it sources water that has been filtered through an ancient, dormant volcano in France. There, the water is “impregnated” with small levels of calcium, magnesium, potassium and more. It’s “Mother Earth’s Filter,” Volvic explains.

Volvic’s water is good—I know because I have a sample sitting on my desk. But is it really better than my office’s filtered water system? The water I can obtain in 30 seconds? I don’t think so. And for that matter, neither does the Natural Resources Defense Council, which after a four-year report concluded in 2008 “that there is no assurance that just because water comes out of a bottle it is any cleaner or safer than water from the tap.”

So if quality isn’t an issue, and if you consider the massive carbon emissions associated with transportation, shipping 500 mL of water over 5,000 miles is madness.

Plus, bottled water is typically unfriendly to the environment. “Most bottled water comes in recyclable PET plastic bottles, but only about 13 percent of the bottles we use get recycled,” reports the NRDC. “In 2005, 2 million tons of plastic water bottles ended up clogging landfills instead of getting recycled.”

Most bottled waters are unnecessary (psst, it's called a Nalgene. Or a Hydro Flask. Or a Klean Kanteen).

But are there any water brands that are making a positive impact on social and environmental health?

JUST Beverages, a bottled water company based in Glens Falls, New York, is trying to change the industry’s sullied reputation by packaging water as close to the source as possible. Bottled in a package made with up to 53 percent paper from FSC- and Rainforest Alliance-Certified forests, JUST partners with the city of Glens Falls to bottle under 2.5 percent of its excess water to bolster this small town’s economy. “What if a community were able to benefit from a small amount of its excess water in a way that provided a new revenue stream while a provision protected their watershed?,” reads JUST’s website. Plus, because the majority of the bottle is paper rather than petroleum-based plastic, manufacturing the product requires less emissions than water packaged in plastic.

JUST Water isn’t the only conscious water brand—Boxed Water Is Better, which packages filtered water in a Tetra Pak, also recognizes the market for bottled water but executes the product more consciously. And while UK water brand One is bottled in plastic, 100 percent of proceeds are donated to the company's non-profit arm The One Foundation to improve access to clean drinking water in underdeveloped areas.

We should all be drinking out of reusable containers. But there is continued demand for bottled water's convenience.

The verdict: If you are going to stock this product, make sure it’s from a company that shuns plastic, sources water as close to the packaging plant as possible and prioritizes community development.