What's bubbling in the beverage industry 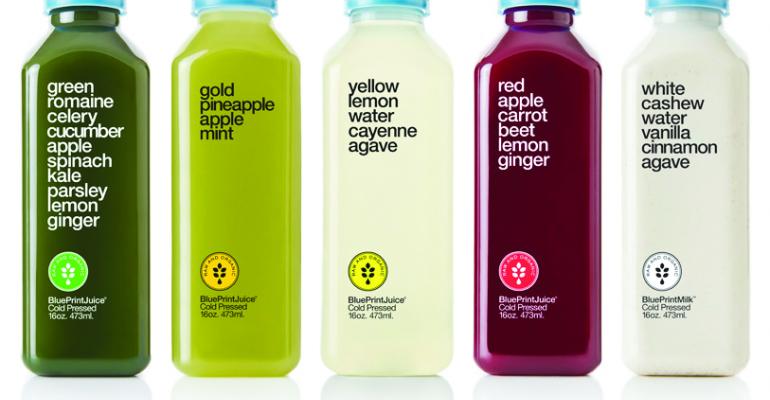 The healthy drinks, trends and products we think are juicy

Trehalose: the next performance sweetener

What is energy? In the human body it’s not an amphetamine-like stimulation of the central nervous system. It’s not liquid No-Doz in a cute shooter package. It’s not 83,000% of the RDA of a B vitamin or two or three Bs.

Today’s available energy drinks are engineered poorly. We can do better. The fact is, nothing happens in body without adenosine triphosphate, or ATP. You can’t do anything without the ATP molecule. ATP is produced in the mitochondria, or powerhouse, of the cell. One glucose molecule is converted into 36 ATP by oxidative phosphorylation.

You cannot produce any energy from an artificial sweetener or a fake sugar. Any zero-calorie sweetener cannot produce energy. We need sugar. Why do we vilify it? Sugar is not bad. You need it to survive. Now, too much sugar is bad, but if there is an enemy, it’s insulin. Insulin is a fat-storing hormone. What you want is blood sugar controlled while secreting least amount of insulin as possible.

We want energy from sugar but don’t want the release of insulin. Normally sugar goes up, insulin goes up, sugar comes down, insulin remains up. That’s what the crash is that we want to avoid. It’s insulin we don’t like. If we could have sugar with energy without alerting the pancreas to manufacture insulin, we’d be in business.

Trehalose may be the single most impressive and versatile ingredient/sugar ever. It is new to man but not new in nature. It occurs across various plant and animal species and many species can manufacture it.

In Swiss research, trehalose was shown to be different from glycogen as a protecting agent under stress conditions.1

Beat Juice: Foodies around here can’t decide whether the predominant flavor is grape juice or tomato juice or maybe, you know, beets. The biochemists purr when they see things like polyphenols and anthocyanins. Each bottle contains four servings of fruits and vegetables, and is purported to support various markers of cardio health like blood pressure. Truly functional. 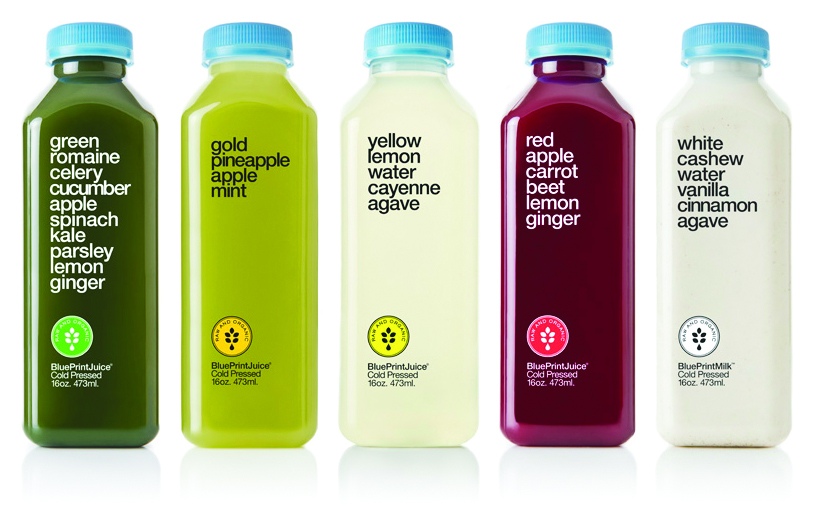 Blue Print: This brand not only prominently prints its whole-food, organic fruit and veg ingredients on the front of pack, but the brand is actually subservient to its ingredients. It was just purchased by Hain-Celestial, so distribution is set to make this a national winner. This high-end “cleanse” juice appeals to the more chi-chi, trendy lifestyle demographic than your typical Wookie raw foodie.

Sambazon Blended Breakfast: This morning-meal-in-a-bottle impressed us not only because it contains Sambazon’s signature organic acai juice, but also because it incorporates ancient grains like chia, quinoa and amaranth. Fiber, omega-3s and antioxidants abound in this scrumptious, satiating drink. Plus, it’s blended with strawberries and bananas, so it’s appealing to those with more traditional palates. Acai at its finest!

Turmeric Alive: No food or beverage company leverages turmeric’s anti-inflammatory properties better than Turmeric Alive. Dubbed “yoga in a bottle,” Turmeric Alive combines turmeric with ginger, cardamom, lemon, and spearmint. Sweetened with honey, agave, or coconut nectar, depending on the flavor. The result is a spicy sipper that invigorates—worthy for a post-Bikram refresh. We’re loving the front-of-pack ingredient list as well.

Horse Feathers: Whiskey and ginger is what we’re talking about here (add 2 dashes of bitters to 2 oz whiskey and 4 oz ginger ale). Whiskey is trending, dark liquors have conquered vodka here in the ‘Teens, and rye whiskey is particularly hot. Whiskey has moved on from its rock-n-roll lifestyle to enter the sorority set. Add extra-large ice cubes and bring on happy hour!

GoodBelly: Based on the success of the ProViva brand in Europe and built on the Probi probiotic strain LP299v (with the addition of vitamins), GoodBelly+ now offers 20 billion CFUs per serving. These probiotic shots come in a variety of flavors with a whimsical marketing campaign that always seems to just nail it.

Dream Water: This “sleep & relaxation shot” is powered by GABA (to help you relax and reduce anxiety), melatonin (to help induce sleep) and 5-HTP (to help improve the qulity of sleep). And check out this new flavor: “snoozeberry” – love it!

Kevita: This could be the world’s first carbonated (or “sparkling” if you prefer) probiotic drink. It uses Ganeden’s BC30 strain of Bacillus coagulans, as well as the trifecta of L. paracasei, L. plantarum and L. rhamnosus. All told, that’s 4 billion CFUs and only 20 calories per serving.

H2O: It’s been said that humans were invented by water as a means of carrying itself around in. Although it has no nutritional value, water is vital for all life forms and is an essential part of many metabolic processes. On the rocks or straight up, even bottled, water is it.

Tea: Tea is not done yet. There’s a reason it’s the No. 1 drink, behind water, world-wide.

Coffee:  Even though there are not a lot of players in coffee, there’s a lot of R&D in coffee. The next potential is value-add coffee.

Health claims: Health claims are rising in the beverage sector. Look for more drinks telling consumers why they should drink theirs.

Calories: Caloric intake is going down, thanks to both government initiatives as well as brands hopping on the low-cal bandwagon. It takes a village to combat diabesity.

“The Better-For-You category in the case of beverages usually has to do with sweeteners. Companies with more Better-For-You products are doing better financially. But it’s confusion galore. Healthful is not an easy thing to do. For most consumers it’s hard to discern what is good. The sweetener category particularly has become a class of mystery ingredients – the what where when how why of sweeteners riddles even those in the business. Is it good for them, is it bad for them, will it do what this person went looking for in the first place?”

This zero-calorie, non-glycemic, natural sweetener measures like sugar with none of the perceived negatives of sugar or stevia. This non-nutritive, non-synthetic sweetener has no monk fruit in it. It acts like sugar in cold, hot or frozen beverages.

Sugar may be getting its groove back after consumers reject artificial sweeteners. Stevia is moving forward in fits and starts. Enter monk fruit. All natural, zero calories, about 200 times sweeter than sugar, with none of the bitter or licorice aftertaste some people notice with Reb-A stevia, monk fruit might be nature’s most nearly perfect sweetener. Bonus: heat-stable and works in all pH levels. We like Tate & Lyle’s Purefruit Select, which uses a special extraction technology to product a clean-tasting monk fruit.

There’s a reason coffee is America’s favorite drink – and it’s not because we have an inherent love of dark, bitter drinks. It’s the caffeine! Caffeine improves mood.1 Caffeine improves performance!2 Alertness!!3 Reduces dementia risk!!!4 Quickens reactions – and the accuracy of reactions!!!! Concentration!!!!! Short-term memory!!!!!! It’s safe at up to 1,000mg/day.5 Which is quite enough. You’ll start seeing caffeine in as many delivery formats as probiotics. But Cracker Jack’D? Really??

4 drinks that are driving the freshness revolution
Nov 06, 2013