Which brands rule the energy drinks and shots market? 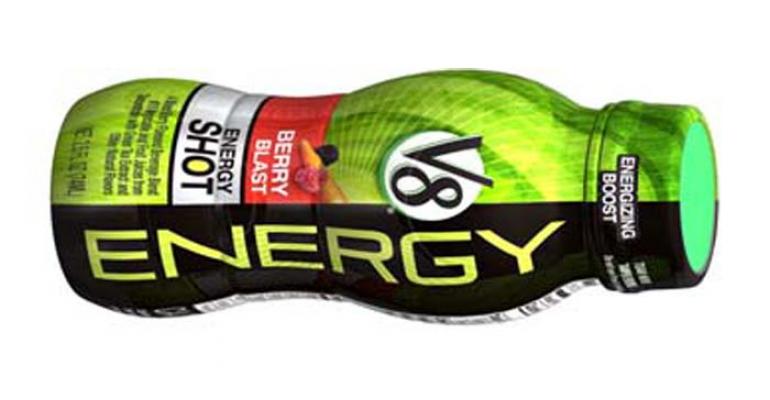 Fatigue, sluggishness, sleepiness, mental fog... these feelings seem to be endemic to the American experience. Or at least that&rsquo;s what the commercials on prime-time would have you think. And brands like 5-Hour Energy, Red Bull and Hanson&rsquo;s Naturals (Monster Energy) are cashing in on our sleep-deprived, work-hard-play-hard culture&mdash;cashing in big.

5-Hour Energy has the shots market locked down—to the tune of 86 percent of the total FDM sales, according to the latest Mintel report. The brand has grown a solid 56 percent in the last year with no signs of losing momentum. In the report Mintel notes, “One of the reasons for the brand’s growth is its universal appeal among all age groups; particularly older adults aged 45-plus, the demographic group energy drinks manufacturers have been unable to reach.”

Unable or uninterested? The shot market isn’t having any trouble enticing the adult market. In fact its biggest buyers are over age 65, and it could come down to marketing. The Red Bull guys are still jumping out of helicopters, snowboarding in the wake of avalanches and authoritatively claiming, “This is the world of Red Bull.” As if we could all do this stuff if we just got a little more caffeinated. For the average “older adult aged 45+” just getting through the next meeting or having the energy to cook when you get home can feel like an extreme sport. 5-Hour Energy has latched onto this real-world picture and it’s working. Red Bull pulled its energy shot (as well as Red Bull Cola) out of the U.S. market this year.

While it looks like 5-Hour Energy will continue to hog the energy-shot spotlight, products like Worx, Stacker 2, and Monster Hitman seek to carve out a small piece of the market for themselves.

5-Hour Energy may have taken some of the wind out of its sails, but Red Bull has maintained its No. 1 position in the food/drug/mass market energy drink market, according to Mintel. Even though the brand only grew a modest 12.3 percent in the 52 weeks ending June 2011, that’s a pretty solid comeback after the 2009-2010 market slump, says Garima Goel Lal, beverage analyst at Mintel International.

But with a growth rate close to 20 percent, Hansen’s Natural’s Monster Energy Drink is poised to give Red Bull a run for its money. Monster is thriving on experimenting with flavor and size variations—something Red Bull has refused to do—which appeals more to energy drinks’ key consumers, teens and young adults, who are looking for more bang for the buck.

Energy drink sales flattened out in 2009, but have bounced back this year with 12.6 percent growth, according to Mintel. It’s not as impressive as the 25 percent to 40 percent growth of the early 2000s, but it’s still impressive compared to other nonalcoholic beverages, says Goel Lal.

Some 42 percent of energy drink and shot nonusers say that they have no need for them and no desire to try them, Mintel reports. So the key to growing the energy drink market will have to be widening the appeal beyond the 18- to 24 year-old-male demographic.