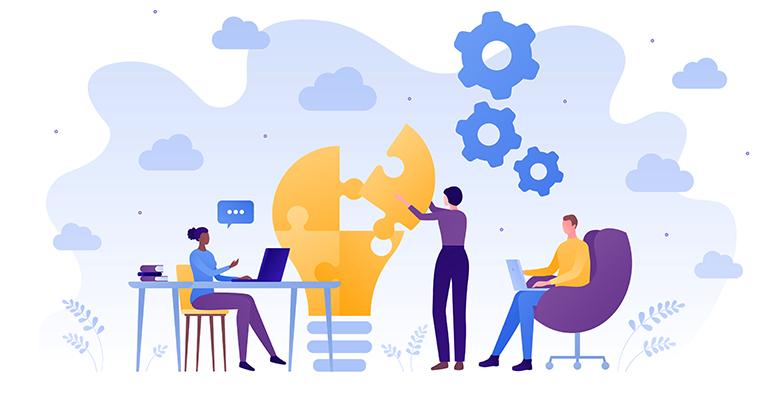 It's safe to say businesses have never experienced a year like 2020—even those few that existed during the 1918 Spanish flu faced different challenges now.

While many businesses didn't survive the COVID-19 pandemic, and certainly more won't make it through 2021, Fast Company found several hundred that faced the challenges and won. Their list of 50 Most Innovative Companies was published earlier this month, along with more than 40 lists that cited businesses by category or location. Here, we present most—yes, we may have missed more than one—of the natural products companies that Fast Company honored.

Credo Beauty
No. 37 overall/No. 1 in beauty
For tackling the beauty industry's packaging problem

Credo Beauty, known for its strict standard for clean ingredients, is now tackling the industry's plastics problem. In June 2020, the company announced its Sustainable Packaging Guidelines, with a deadline of eliminating all single-use plastics by June 2021. The standards include more than packaging, though: "This includes eliminating sheet masks (that have been deemed 'the new plastic straw' by Vogue), single-use wipes, pads and all sampling," according to Credo's website.

Madison Reed
No. 2 in beauty
For stripping dangerous chemicals, inaccessible prices, and outdated business models from the hair-color industry

Madison Reed offers hair color that is free of ammonia, parabens, resorcinol, PPD, phthalates and gluten. It's also certified by Leaping Bunny for being cruelty-free. 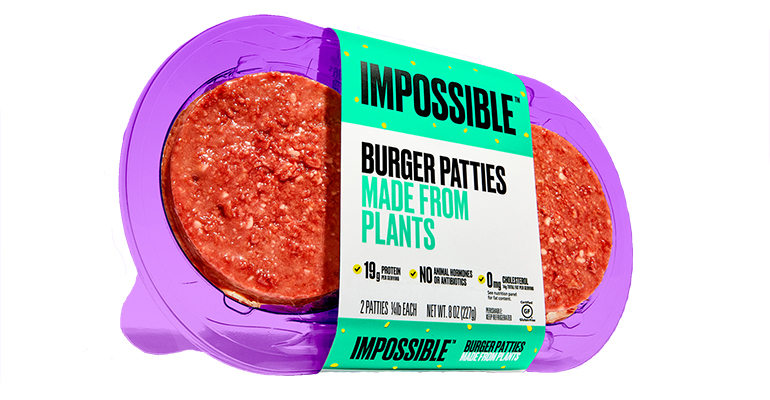 Impossible Foods
No. 1 in branding
For giving its plant-based protein a meaty identity of its own

As plant-based and other alternative meats become increasingly available in grocery stores, Impossible Foods made a move to help it stand out from the rest: brightly colored, unusually shaped, recyclable packaging.

Patagonia
No. 4 in branding
For making sure we read the tag

Always a company to wear its politics on its sleeve, Patagonia made sure its customers knew its stand in the 2020 elections. The back of the tags in its Road to Regenerative shorts carried a message that went viral—to vote out those who aren't concerned about climate change, but in only three words—and the product sold out.

"The company continues to be a case study in melding advocacy with corporate branding, while delighting an audience along the way," Fast Company noted.

Dr. Bronner's
No. 9 in branding
For standing on its soapbox to lobby for psilocybin legalization

Grove Collaborative
No. 2 in CSR
For committing to eliminate plastic from its products, completely

Every time Grove Collaborative, a Certified B Corporation, sells a product that uses plastic, it collects and recycles the same amount of ocean-bound plastic, according to its website. By 2025, though, the natural products retailers plans to be completely plastic free. Already, consumers can purchase a plastic-free line of household cleaners house in glass and aluminum.

Twisted X
No. 10 in CSR
For crafting comfy shoes out of rice husks, algae, cork, and molasses

The products in Twisted X's ecoTWX collection are made with recycled plastic water bottles, bamboo charcoal, Merino wool, leathers tanned with vegetables, algae and rice husk, according to its website. The company's goal is for 80% of each shoe to be made with such eco-material by the end of this year.

Puris
No. 32 overall/No. 1 in food
For amping up the alt-meat industry with a high-protein pea variety

Without Puris, there'd be no Beyond Meat. But Puris doesn't just grow peas in the garden like your grandmother did. The Minneapolis, Minnesota-based company has developed a high-protein pea that can be grown in six climate zones—a development that "has cemented its status as the largest producer of pea protein in North America this year," Fast Company wrote.

Perfect Day
No. 2 in food
For creating a faux ice cream that hits all the right marks

Perfect Day ferments fungi to create casein and whey identical to the proteins in milk. Its first commercial product, ice cream, was developed with Brave Robot and released last year. So while it's animal-free dairy, it's " molecularly identical to dairy from cows but requires less water, land and total greenhouse gas emissions," according to the Brave Robot website.

Thrive Market
No. 3 in food
For championing organic groceries, along with the value associated with these products

Revolution Foods
No. 5 in food
For keeping people fed at the most important of times

Apeel
No. 6 in food
For coating fruits and vegetables for the long haul

Known for making plant-derived coatings that increase the shelf life of produce, Apeel recently created a product specifically for apples and helped launch plastic-free cucumbers in more than 100 Walmart locations—taking 60,000 pounds of plastics from the supply chain each year, Fast Company reported.

Patagonia Provisions
No. 7 in food
For creating a new food chain that's based on regenerative practices

Read more: Patagonia Provisions: 'In business to save our home planet'

Purecane
No. 9 in food
For sweetening baked goods without added calories

Purecane is the world's first zero-calorie sweetener made from sugarcane. The calorie-free baking sweetener has zero glycemic index sweetener and acts like sugar, Fast Company said.The trick, according to Purecane's website, was finding a strain of yeast that combines with sugarcane in a type of fermentation process. Both the product and the box are made from sugarcane that is sustainably grown in Brazil.

True Made Foods
No. 10 in food
For piling on taste but keeping things pure

Read more: Is ketchup a vegetable? At True Made Foods, it is

NotCo
No. 41 overall/No. 1 in Latin America
For bringing plant-based milk and meat to the masses

Ben and Jerry's
No. 18 overall/No. 1 in social good
For pioneering corporate activism

In June 2020, after years of work to support the Black Lives Matter movement, the company put out a clear statement in the wake of George Floyd's death: We must dismantle white supremacy. Through projects like a program called Justice ReMix'd, the company works with grassroots activists to make tangible changes, such as closing an antiquated jail in St. Louis that was used to house people who couldn't afford to post bail, Fast Company reported.

The waste management company TerraCycle created a platform called Loop to eliminate plastic waste. It's working with some of the world's largest brands to design reusable containers that can be returned, cleaned and refilled repeatedly, Fast Company reported.

Chobani
No. 1 in North America
For innovating its product line while standing by its stakeholder model, even during COVID-19

Chobani stuck by its stakeholders during the pandemic, providing paid time off, a $100 per day childcare subsidy, cash bonuses, and free boxed lunches and toilet paper to its employees. It also transformed its upscale Chobani Cafe in Soho into a temporary food bank and launched Chobani Pantry to support local food banks across the nation, Fast Company reported.

80 Acres Farms
No. 8 in North America
For using automation to run the first profitable indoor farms

This vertical farming company runs farms that produce 300 times more food than traditional, Old McDonald-style operations with the same land equivalent. By turning to automation, 80 Acres increased yields—300 times more than that of traditional farms—while reducing labor costs, making it the first profitable indoor farming company. It also boasts a 30,000-square-foot facility that grows more than a ton of tomatoes weekly without sunlight—another first, according to Fast Company

Why we should all be celebrating B Corps this month
Mar 16, 2021

The future of food retail, from AI to consumer-first technology
Nov 16, 2020