Applegate goes all in for regenerative agriculture with a hot dog 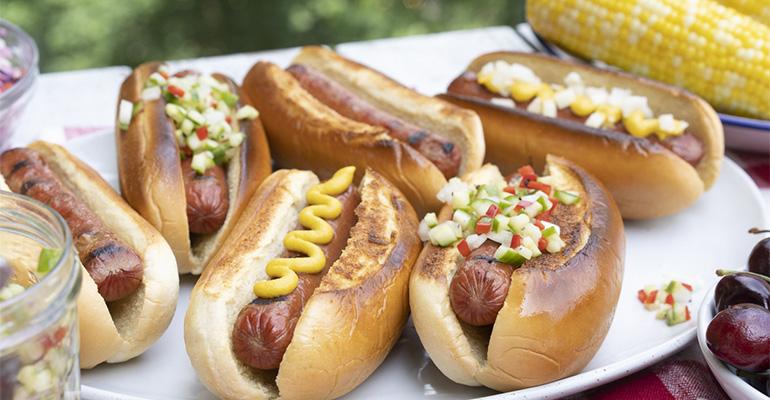 The brand that brought antibiotic-free deli meat to the market 30 years ago has produced the first hot dog to receive regenerative agriculture certification.

In 1993, when Applegate brought its line of antibiotic-free deli meats to the market, consumers were not widely aware of issues associated with livestock getting pumped with antibiotics. Nearly a decade later, in 2002, the company delivered the first broadly distributed organic deli meat to store shelves across the country.

Last fall, Applegate kicked-off its soft launch of the Do Good Dog, the first hot dog in the nation to become Land to Market Verified. This ensures that the meat in this product comes from ranches that are practicing regenerative agriculture through livestock. Now, just months after the hard launch, Do Good Dogs are available in grocery stores across the country.

While antibiotic-free and organic values remain foundational for Applegate, the company anticipates investing an increasing amount of its energy and focus on regenerative agriculture.

“This is the next movement,” says Gina Gancheva, director of brand management for the New Jersey-based company. “We want to spearhead this movement to have a positive effect on animals, people and the planet.”

The emphasis, she says, reflects the company’s commitment to climate: antibiotic-free, focused on animal (and by extension human) health, and liberating plants and animals from dangerous pesticides and herbicides. Regenerative agriculture fixes on soil vitality, and its champions believe that healthy soil helps arrest the pace of climate change.

“There is a hopefulness about regenerative agriculture,” says Maria Balice, who served as senior director of communications and strategic partnerships at Applegate until September. “One hot dog plus another—that impact adds up over time. Climate change is incredibly overwhelming, and this is an area of hope, an area where people can say they have control and can vote with their dollars.”

Chris Kerston, co-CEO of Land to Market, says that he initially had to persuade investors, his “angel philanthropists,” to get involved, even though there was no immediate value proposition. “What we build now,” he told them, “will serve you in the future.”

Now, the regenerative agriculture movement is flourishing, with multiple consumer-facing seals and heightened awareness, in part due to media and movies like Kiss the Ground. The proliferation of approaches toward achieving vital soil represents a healthy ecosystem, Kerston says. “It shows people care.” 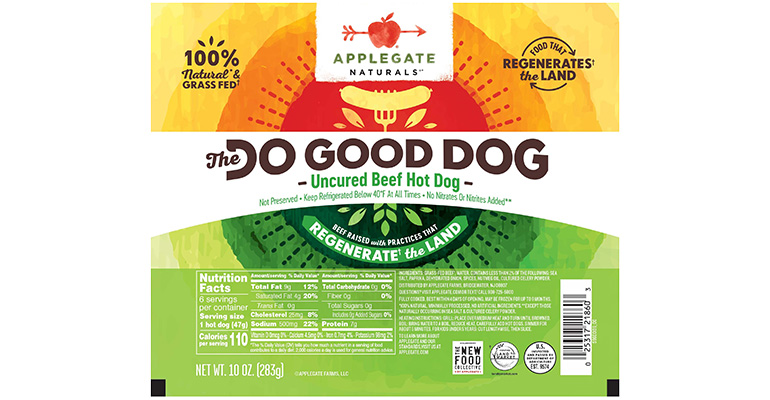 Major meat companies and capital markets are paying close attention to the rise of regenerative agriculture. When he started showing up in corporate meat C-Suite boardrooms to talk-up regenerative agriculture, Kerston was shocked by his reception. Senior leaders told him that they felt like dinosaurs, and that they will go extinct if all they try to do is “figure out how to save the sinking Titanic.”

“It’s more about existential threats than branding,” he says. “They are worried. It’s sobering and hopeful at the same time, and it’s a weird cocktail to ingest when you have somebody at that level say, ‘Yeah, this doesn’t work if we don’t fix the soil.’”

Meanwhile, venture capitalists also push for change, especially in response to supply chain issues. Their advice to brands is that they have a better understanding of their future and the effects of dramatically depleted soils and climate change, Kerston says. They are asking for more “resilience” among ranchers; otherwise, their assets are at risk.

“The capital markets,” he says, “are sending massive signals.” Land to Market’s approach toward cultivating healthy soil revolves around outcomes rather than proscriptions. Some certifications, like organic, rely in part on farmers rejecting myriad substances, such as pesticides, and practices. But Land to Market only has one requirement: livestock feedlots are forbidden. Ranchers are free to do whatever they want with the land, but Kerston says those using pesticides would likely fail the verification process, which relies on soil measurements to gauge incremental increases in soil health.

Land to Market analyzes water, soil and biodiversity—inspectors even quantify bugs. They determine whether animals have healed the landscape. If so, the ranch becomes Land to Market Verified, and brands using the meat for their products have a shot at gaining the consumer seal.

Processors play a key role within the supply chain as well, Kerston says. “They can push farmers, and say, ‘Hey, we think you should do this. We can tell a great story if you do this,’ and then they reach out to brands and say, ‘All of your competitors are doing this, you should too,’” he says. “It’s where the real change-making happens. Where it starts to grow exponentially is at the middle of the chain.”

He trumpets Applegate’s vigorous push into regenerative agriculture as a move that is “shaping an industry” and setting the tone for everybody else. Land to Market works with many large companies in the broad meat industry—for now revolving mostly around cattle, as their role in regenerating soil is profound. The organization has a brisk leather, wool and dairy program too, and is considering entering the wine business, where animals like goats would serve as regenerative linchpins.

Still, Applegate is the highest-profile brand in Land to Market’s meat program. The company started toying with sourcing meat from regenerative operations as long as seven years ago, Gancheva says. The lag between idea and product was largely due to the lack of access to regeneratively raised beef from partners that could fulfill requests for large volumes of meat.

Sourcing is no longer a problem, and Gancheva predicts that regenerative practices will become much more widespread in coming years. For now, Applegate depends on two large ranches for its beef: SunFed Ranch in California and Hickory Nut Gap in North Carolina.

“We believe this can be scaled quite a bit,” she says. “More and more ranchers will continue to catch on. The way we did it with antibiotics will be mirrored with regenerative agriculture—from niche to norm.”