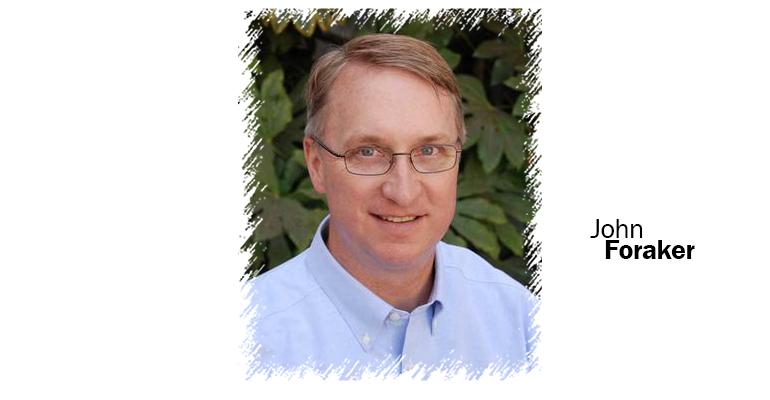 Big Food can and will do well in natural, says Annie's president as he forecasts what 2017 will bring for natural products industry M&A, investment and retail.

As my buddy Patrick and I were cooking up a storm this past Christmas, I was doing some reflecting on the year ahead and decided to put these thoughts on paper to share.

It has been just over two years since my company Annie’s Inc. was acquired by General Mills, and it’s been a very rewarding time full of learning, growth and insight for me personally. Having been a purpose-driven food entrepreneur for many years, a small public company food CEO and most recently a president inside one of the biggest food companies in the U.S., has given me some unique perspective on the state of the natural and organic food business in the U.S. With this background, for fun and a personal challenge, I am making the following predictions for the coming year. I should note that these predictions are my personal opinions and in no way should be construed to reflect on the official opinions or position of General Mills, or anyone else for that matter, on any of these subjects.

Related: Annie’s CEO John Foraker on the power of purpose in business

At least 10 percent market growth, and more likely 12 to 13 percent, in the market for organic food in the U.S. The gains will be driven by growing incomes and increased consumer confidence triggering increased household penetration across all demographics and income groups. Broader availability in all channels and continued growth in awareness of the benefits of organic agriculture as well as continued concern about GMOs in conventional food will drive the gains.

Related: 8 food and beverage predictions for 2017

At least two and probably three natural and organic food IPOs will come to market. Assuming the overall stock markets remain stable, some well-positioned companies will seize on the long-term growth opportunity in this space, voracious demand for strong growth companies from blue chip institutional capital, and the lure of remaining independent, to take the higher-risk road to a public offering. This will be a great thing for our space, raising the profile of the natural and organic food opportunity in the U.S. and globally.

There will be a continued boom in acquisitions of smaller natural and organic consumer food companies. Bigger companies will not only continue to buy more businesses, but they will also move down the size spectrum to acquire smaller companies than in the past, looking for both rare quality and the opportunity to get in early. Growth is a premium asset, and new and innovative brands that are highly disruptive given their grasp of millennial consumer needs for quality, transparency and purpose-driven narratives, will be sought after by many large acquirers. Big companies that develop a core competency in buying small and growing big while retaining authenticity and speed will be advantaged. This is the next step and logical extension beyond corporate venture group development and investments, which have been the story of the past two years in our space.

Big food companies will drive a very significant amount of the growth in the broader natural and organic food market as they begin to more effectively leverage historical big company assets such as category management, scale selling efforts and focus, etc. Also, more investment behind dramatically stronger innovation line-ups to exploit expanded distribution opportunities available to them with big retailers. Many people think big food cannot do well in natural and organic. That belief will be thoroughly debunked in the year ahead (if it was not already debunked in 2016). Big companies increasingly have a big advantage that they are learning to play well. I think you will see that not only from General Mills but from other big players in the space too.

Whole Foods Market will turn things around much faster than people think, and when they do, they will once again be a formidable competitor and growth driver that others will be chasing. WFM has a highly adaptive culture that is almost always underestimated, and on top of that they’ve brought in some highly capable outside talent that will implement needed change to propel this retailer back into the leading edge of the market. By the end of 2017 that will be very evident and well underway.

Independent natural food co-ops will prove resilient, adaptive and highly effective competitors in the year ahead. They will hold share. They will drive deeper and more competitive benefit from their membership in the important buying cooperatives like NCG and INFRA, but more importantly they will use their local advantage, speed and intimate consumer knowledge to adapt and win against stronger grocery competition. They will hold their own in a tough environment, proving many people wrong, and will be stronger for it for the long term.

There will be some spectacular failures in the food tech space this year. A few companies will openly blow up, being exposed as having no real sustainable business model or for having products with formulations that in the light of day are not much better than the large conventional competitors they seek to disrupt. Many more will be quietly forced to dramatically cut back and curtail operations, unable to finance continued huge operating losses at high valuations. Food businesses seeking tech multiples will have a rough year in the capital markets, and there will be few if any big strategic acquirers waiting in line to bail them out when the sxxt hits the fan.

"Value added" investment capital taken in 2017 will be the key differentiator between emerging winners and losers in the space over the next three to five years. Never has there been as many capital chasing companies in this space, and never has as much of it come from newer operations with limited track records or from people with little or no experience in the space. The best investors in this space bring deep experience, access to people, capabilities and insights that are truly differential. I believe this will be the year where the "value add" will reign supreme and many more entrepreneurs will come to understand the importance of this benefit in the incredibly competitive markets waiting for them. All money is green, but not all money is equal.

Let’s see how many of these I get right! I am sure many will disagree with these views but that is what makes it fun. Best of luck in 2017!

This post originally appeared on LinkedIn and was re-posted with permission from the author.

'It’s us who will inspire them,' says EPIC co-founder on General Mills acquisition
Jan 08, 2016