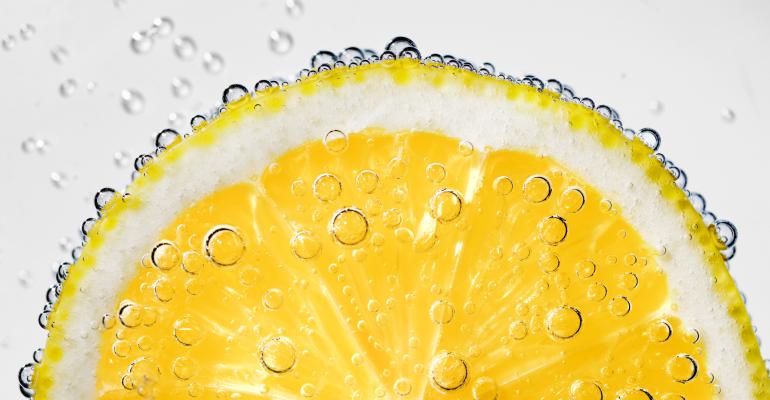 The cult canned sparkling water brand LaCroix is under fire for its “all natural” claims. According to a lawsuit filed against National Beverage Corp., LaCroix’s parent company, the “natural flavors” in the bubbly drinks contain ingredients considered “synthetic” by the Food and Drug Administration.

LaCroix recently tweeted a suite of images to their 30.5K Twitter followers conveying that the scary-sounding ingredients targeted by the lawsuit (such as ethyl butanoate, limonene and linalool) are compounds found naturally in whole foods such as citrus foods, ginger, lavender and sage. Comments on the tweet suggest that loyal consumers won’t be shunning LaCroix anytime soon.

One lawsuit—which in my opinion went a little over the top by linking LaCroix to insecticide—likely won’t prevent core consumers from drinking the sparkling water brand by the case. Nor will the lawsuit prevent diehard LaCroix lovers from dressing up as a LaCroix can for Halloween or crafting LaCroix-shaped cakes, which, being one such fan, I’m probably going to try.

But aside from the inevitable questions the litigation raises concerning the black-hole natural definition argument, the lawsuit against LaCroix highlights the need for increased awareness about clean flavors that consumers clearly understand—ones derived from whole foods, spices and herbs.

I’ve been writing about natural flavors for years and I still don’t understand how some seem to be simple distillates such as almond extract, while others are remarkably complex and comprised of dozens of ingredient compounds.

No wonder consumers are confused.

There’s a growing group of brands who are seeking alternative methods to flavor foods and beverages using whole, real ingredients.

The cracker and baked goods company Simple Mills says they choose not to use natural flavors because they want to make products from simple, whole-food ingredients, citing that they use real pumpkin and spices instead of pumpkin spice flavoring, for example.

“The thing with natural flavors is that the FDA seems to have a catch-all definition of what they are. We talked to a bunch of natural flavor houses and we could never get a straight answer on the ingredient list. It’s always been a head-scratcher for us, and we felt deeply uneasy about using them,” says Smith. “We also see a big business opportunity for us to be on that next wave of clean drinks in the sparkling category—for us, using real ingredients as flavoring is part of our commitment to real flavors and real nutrition.”

In their new line of sparkling waters made with birch tree sap, the company uses USDA Organic ingredients such as chamomile, tangerine juice, ginger juice, lemongrass and more to flavor the low-calorie blends.

As a result of the LaCroix debacle, Sap! experienced an increase in consumer questions asking about natural flavors in their products—a reaction Smith says has been a long time coming. “I do think this is a wake-up call for the industry. This is long overdue—we’ve been anticipating consumer awareness over natural flavors for a while,” he says. “For whatever reason, LaCroix is getting called out on it, but natural flavors are used in food and beverages across the industry.”

Indeed, natural flavors are ubiquitous. A 2018 report by Persistence Market Research found that the global natural and organic flavor market is expected to reach $7.2 billion by the end of 2018—and it’s estimated to increase 5.7 percent to $11.2 billion by the year 2026.

Plus, according to New Hope Network’s Data & Insight’s NEXT Trend Database, which tracks the ingredients of every product exhibited at Natural Products Expo East and Expo West, natural flavors are becoming more prevalent. From March 2015 to March 2017, natural flavors in food and beverage products grew a total of 8 percent, with the majority of natural flavor-containing products being in the "Diet and Nutrition" and "Snack and Beverage" categories. Natural flavors are also starting to be used more in the Baked Goods category, too.

Smith is quick to add that naturally flavored sparkling water has largely replaced sugary soda and juice sales, which has been a major boon to consumer health. Any minuscule amount of probably-not-harmful linalool hiding in a natural flavor pales in comparison to the dire health consequences, such as diabetes and obesity, of sodas that contain artificial flavors and 40-plus grams of sugar.

Naturally flavored zero-sugar beverages are valuable. The cult-like enthusiasm around products such as LaCroix is merited.

And yet. The hoopla surrounding the lawsuit suggests natural flavors may be the next ingredient to undergo a transparency overhaul. The new paradigm of the flavor industry may entail listing exactly what ingredients are in those flavors. I think most consumers would be happier if their Tangerine LaCroix contained actual tangerine in it; if Pamplemousse LaCroix contained a little bit of pamplemousse (which surprisingly isn't a mouse or a mousse or a moose, but grapefruit).

Using food to flavor food instead of flavoring to flavor food is more expensive. It’s more difficult and it complicates supply chains. But when consumers ask what is in your product's natural flavoring, think very carefully about how you'll answer them.