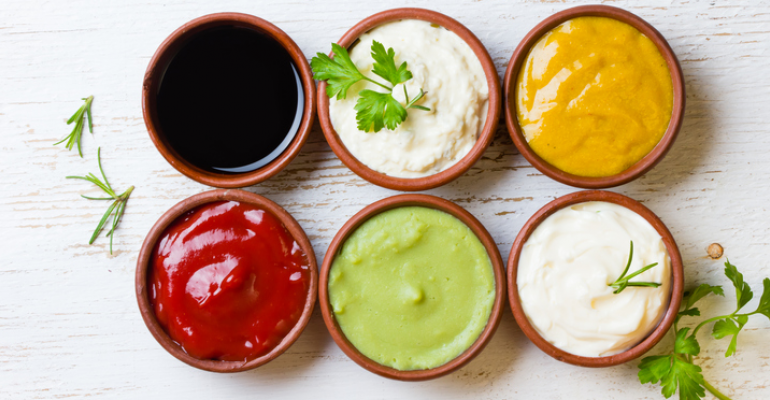 Artisan cheese is cooling off, but house-made condiments are heating up, according to a survey of 700 chefs.

In 2018, American kids will be eating a wider range of foods, and grown-ups will be swapping out carbs for vegetables and eating heritage breeds of meat with uncommon herbs, according to chefs polled by the National Restaurant Association.

In its annual What’s Hot survey, the NRA asks members of the American Culinary Federation to rank a long list of items as either a “hot trend,” “yesterday’s news” or “perennial favorites.”

Other newcomers are vegetable carb substitutes (think riced cauliflower and parsnip purée), uncommon herbs (thank the New Nordic movement for this, with ingredients such as yarrow and stinging nettle), Peruvian cuisine, heritage breed meats, Thai rolled ice cream (ice cream base poured on a super-chilled “anti-griddle,” frozen and rolled into a tight cylinder), doughnuts with nontraditional filling and ethnic condiments (such as Sriracha, gochujang and chimichurri).

Doughnuts with nontraditional filling is the fastest-growing trend: More chefs voted for it this year compared to last year than any other trend.

Conversely, the items whose trendiness is cooling off fastest are artisan cheese, heirloom fruits and vegetables, house-made charcuterie and house-made/artisan ice cream.

In terms of nonalcoholic beverages, the hottest trend was house-made or artisanal soft drinks. Of the 700 chefs surveyed, 56 percent said it was hot.

Next came cold-brew coffee, gourmet lemonade and locally roasted/house-roasted coffee, all of which got 55 percent of votes.

They were followed by specialty tea (hot and iced), mocktails and kombucha.

They were followed by locally produced spirits, wine and beer, and then craft or artisan spirits, on-site barrel-aged drinks, regional signature cocktails and food-beer pairings.

The full report can be found here.