One analogue meat patty is taking the lead 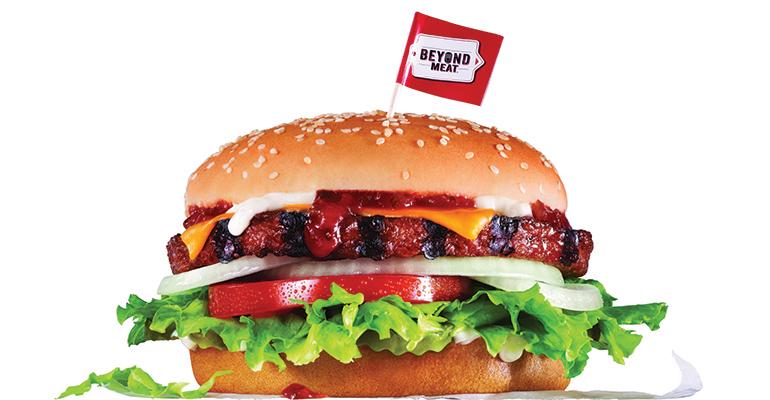 As the leading alt-meat brands battle burgers at restaurants, here's which one is winning.

The rise of the next-generation vegan burger has been impossible to ignore, with the two biggest names—Impossible Burger and Beyond Burger—taking the lion’s share of the plant-based trend so far.

But which big brand name has come out on top? According to consumer intelligence firm Gravy Analytics, although the meat-alternative market did not appear to make a discernible dent in overall restaurant performance, restaurants serving Impossible Burger (including Burger King and Applebee’s) appeared to outperform restaurants that serve Beyond Burger (including Carl’s Jr. and TGI Friday’s) in total foot traffic.

“Impossible Burger's restaurant-first approach may have also helped make their burger an especially hot commodity,” Gravy Analytics CEO Jeff White said. “Folks have been able to buy Beyond Meat products in stores for some time, but the Impossible Burger is available only in restaurants and won't reach the grocery aisle until later this year.”

This piece originally appeared as part of a larger article on Restaurant Hospitality, a New Hope Network sister website. Visit the site for resources for independent restaurant operators.

What brands are changing the face of animal-based products, take a look at the leaders and how they are made: