The real story behind Manuka honey 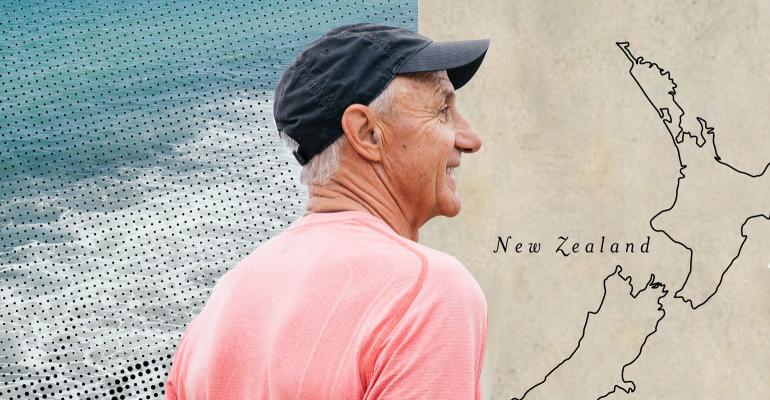 How a nomadic Kiwi surfer pioneered a global wellness category.

Alan Bougen never looks more at home than when he is surrounded by a swarm of bees. Standing on a rolling green New Zealand hillside in a beekeeping suit, you can still see his eternal surfer's tan through a black mesh mask. His bare hands show 67 years of age, weathered by lots of sun. Watching the bees crawl up his fingertips makes the majority of visitors' stomachs turn. He’s about to be stung twice, but after 45 years of harvesting medicinally used Manuka Honey, he’s used to it.

Alan is a co-founder of Comvita, a natural wellness company that in 45 years has quietly grown from the kiwi backcountry to globally leading the trending Manuka Honey category. “It’s been a long road with quite a few stings,” Alan says with a laugh.

Interest in Manuka Honey is at an all-time high and, as is the case with any wellness trend, the marketplace is flooded with products of indeterminable quality. It’s hard to distinguish marketing fluff from independently verified quality, which creates skepticism within the category. Comvita has taken the industry’s strongest stance on quality verification, using the gold standard of certification, UMF™, which stands for “Unique Manuka Factor”.

That same rigorous commitment to standards can make the brand come across as a little conservative, but the reason Comvita has become arguably the most trusted name in the category isn’t solely because of their relentless focus on quality, transparency and science. It’s because its hippie surfer co-founder and dedicated beekeeper has kept the company on a steady path of responsible growth for nearly half a century. 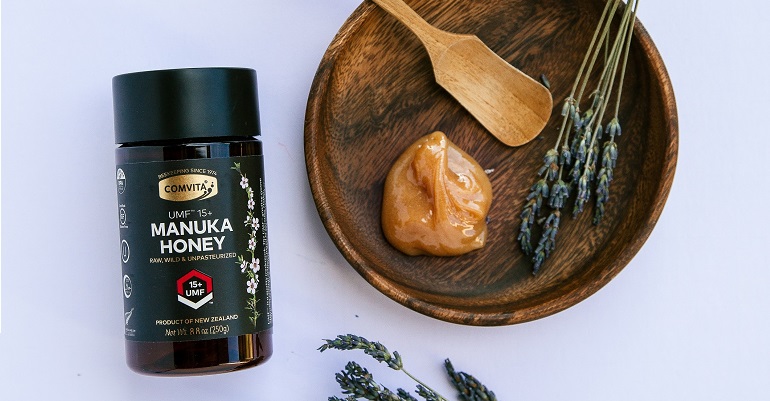 Alan left his home in a small New Zealand beachside community at age 19 to explore the world while carrying a surfboard and a small backpack. Like many disillusioned young people in the ‘60s, he ventured out to pursue a more radical lifestyle–a journey which would serve as the unlikely origin of Comvita.

Alan’s four year pilgrimage saw him travelling extensively throughout Europe, central Asia and North Africa before moving to San Diego to surf and follow his growing passion for yoga and meditation. A year on the California coast also led to an interest in a health food lifestyle including the principles of communal living, alternative medicine and organics.

“It was a time when people were exploring not only the world, but also new and radically different philosophies that were bringing about big changes in my generation,” says Alan, reminiscent of Paul McCartney with a kiwi accent. “The music, the love vibe and the anti-war movements were all colliding. I quickly discovered that I was a part of an international movement of experimentation.”

One of his most formative experiences happened in Morocco, where he spent months in a counterculture community that attracted mythic figures like Jim Morrison.

Morrison had joined their rag tag group for a few days on a mission South to the Spanish Sahara to acquire 40 kilos of the mythical Goulamine beads. A conventional businesman might have considered them as junk, but Alan and his Aussie friend knew that the beads could function as a hippie currency in the States. They were sold per piece in the burgeoning ‘head shops’ springing up and down the California coast. Hippies loved wearing beads back then. 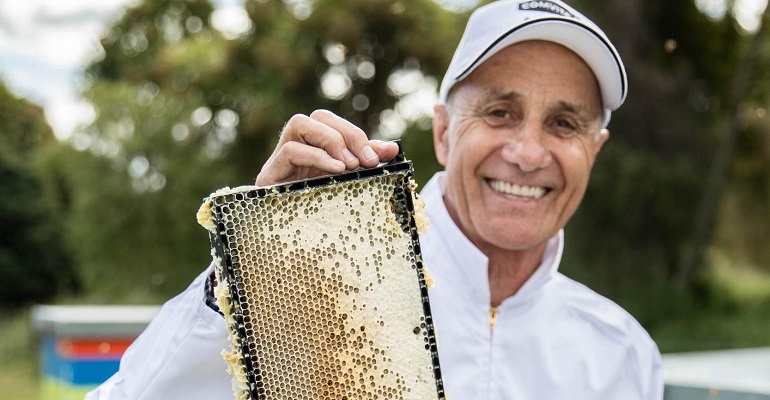 After a year in California, Alan headed home to New Zealand where he would put his newfound education into action. By then the spirit of the ‘60s had finally arrived in Kiwiland in the form of anti-Vietnam war protests and the alternative lifestyle movement which saw young people all over the world getting back to the land and learning to produce organic food.

In 1973 Alan met Lynda, his future wife, and they moved to a large coastal property on Great Barrier Island, 50 miles off the Coast from Auckland. By now, the term “hippie” was a synonym for dirty, so they just considered themselves “alternative lifestyle people." The two learned to support themselves by farming, fishing, and–eventually–raising bees.

The Origin of Shared Beliefs

Honey was already a big part of Alan’s diet, as both a table condiment in New Zealand and a raw food from Californian health stores. It wasn’t until arriving on Great Barrier Island, though, that he discovered Manuka Honey (which he pronounces Ma-Nuka, showing respect for its Māori roots). Manuka trees covered the island and the flower nectar produced a dark, pungent honey. Alan took charge of the two rundown beehives left on the property and began honing his craft.

Foreshadowing the 40,000 hives that Comvita now owns and manages, Alan’s honey operation had reached a ceiling of six hives, and he was looking for ways to expand the venture beyond just a hobby that provided honey only for himself and his friends. That’s when he found out about Manuka Honey’s healing properties. It had long been anecdotally considered a healing product by the indigenous Māori people, but the first time Alan saw its true potential was thanks to one of his close neighbors.

The secrets of Manuka’s healing powers revealed themselves to Alan when a nearby horse owner used a crudely formulated honey cream to treat a serious wound on her horses leg with miraculous effects. Use of Manuka Honey as a disinfectant and active wound healing agent would soon become a common medical treatment, but at that time it was still relatively unheard of.

Alan wrote to the company that produced the topical cream and received a prompt reply. Scribbled in barely legible handwriting, it read: “You could be an answer to a prayer, come quickly.” The experience served as Alan’s eureka moment–he realized he could take the skills he’d cultivated living off the land and help people live healthier, happier lives. Alan and Lynda were committed to establishing a new movement, and this looked like their opportunity. 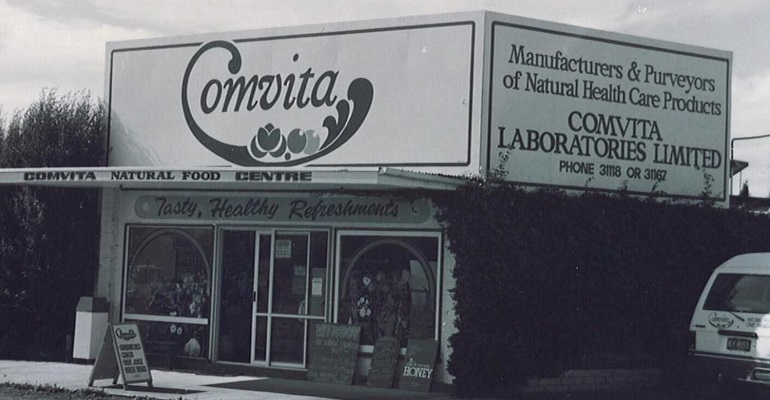 The return address was just two miles down the road from where Comvita’s headquarters sits today in the beautiful Bay of Plenty region. Alan and Lynda, eager to make contact, arrived at the home of Mr. and Mrs. Claude Stratford, beekeepers since the early 1920s. Sixty five year old Claude hoped that twenty five year old Alan would be the one to fulfill his legacy of heritage beekeeping. Despite the age difference, the two couples developed an instant rapport over herbal tea with a spoon of delicious raw manuka honey and whole grain muffins.

“I was sitting looking at this old man and his elderly wife, but I felt like I was sharing deeply with folks from our generation,” Alan says nostalgically. “This guy was the age of my grandfather, yet he was reflecting the same philosophy and values as ourselves. We became equal business partners after 20 minutes and Comvita was truly born.” The year was 1975.

During the late '70s and '80s Comvita produced an array of bee products, but Manuka Honey remained a foundational ingredient. Manuka trees provide nectar rich in the unique compounds Leptosperin, MGO, and DHA, which instill the honey with a host of medicinal properties. Unlike conventional pasture based honey, a spoonful of Manuka Honey is regularly used to treat wounds, improve digestion, provide enhanced immune support, and to help soothe coughs and sore throats. “Manuka Honey provided the foundation for Comvita’s extensive line of health products which has allowed us to build a global user community based on nutrition, lifestyle and spirituality”. 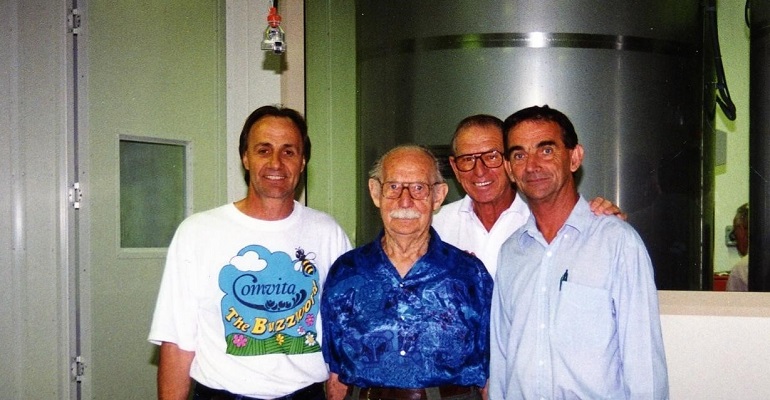 “For the first 10 years Comvita operated more like a peoples co-operative. It wasn't about making money–it was about expressing ourselves as a community. We were committed to our purpose to create an enterprise that would improve people's health and help them live better lives.”

Over the years, the company has changed majorly in size and scale–but not in ideals and values. Still the industry leader in a marketplace crowded with imitators, Comvita has never strayed from the core values of community, stewardship and the sanctity of Manuka itself set up by Alan in those early days.

Although Alan’s time drifting along the African coast with hedonistic rock stars has long since passed, its legacy unexpectedly begat one of the world’s leading natural wellness brands. At age 68, he’s still a hippie at heart––surfing, snowboarding and hiking up Mt. Maunganui daily. And, of course, every morning starts with a heaping spoonful of Manuka Honey. 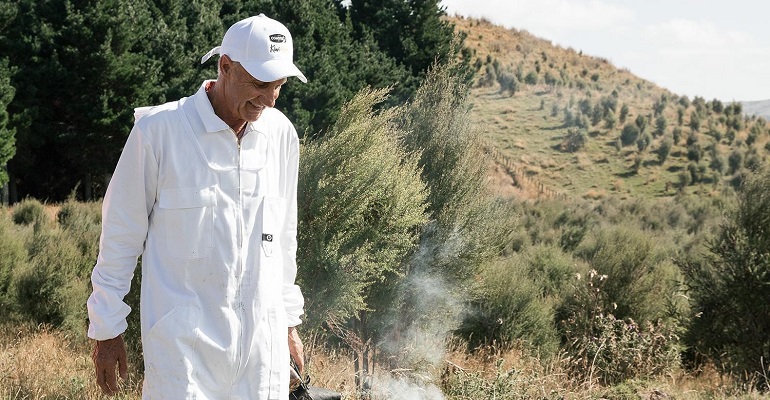