HomeProducts and TrendsFood and BeverageTofurky puts 4 decades of plant-based experience into new alt-burger
Recent
Latest
Sponsored Content
How brands can get their trade spend under control – article
Sponsored Content
Going organic lifts everyone up – video
6 natural brands partner with UNSTUCK on new product line to aid refugees
Jun 23, 2022
Sponsored Content
The power of organic messaging – download
Trending
Getting ready for 2023: Trends for brands to consider
May 17, 2022
Unboxed: 7 clean collagen powders with a twist
Jun 21, 2022
12 brands marketing positivity, kindness and joy
Jun 17, 2022
Coca-Cola axes Honest Tea, but its founders are just getting started
Jun 07, 2022

President and CEO Jaime Athos talks innovation through tradition and explains why the brand's upcoming alternative-meat burger is a cut above the rest.

The recent explosion of alternative-meat burgers has been marked by innovation in terms of ingredients, nutrients and processes to such an extent that the lines of what was once indubitably a plant-based category have been somewhat blurred.

But for a company like Tofurky, which not only has been making plant-based meat alternatives for nearly forty years but also helped pioneer them, expansion into the alt-burger business happens not in the laboratory. It takes place in the kitchen, where whole-food nutrients and ingredients still take center stage.

On the verge of launching its own alt-meat burger this fall, Tofurky President and CEO Jaime Athos talked to us about how this plant-based stalwart relies on decades of experience to drive innovation in terms of shelf-life, accessibility, packaging and protein–the company opted to use soy rather than the popular pea protein based on concerns about supply chain demand and processing. This is what he had to say. 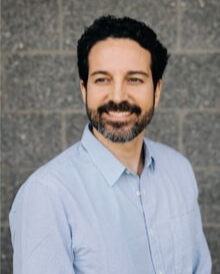 nt into Tofurky’s decision to jump into the world of plant-based burgers?

Jaime Athos: On some level, this is the fulfillment of a long-held ambition. We had been working on this sort of raw burger recipe for many years, putting kind of a Tofurky spin on it. I wouldn't say that our approach is high tech, it's more based on a deeper understanding and a lot of experience working with ingredients that we specialize in. We came up with a product that worked really well—it was probably in the Beta phase—but ultimately did [not do] a great job of bringing that product to market. It was called DIY, and it had some of the same functionality. It had a color changing aspect to it. You could form it before you cooked it to get the total kind of culinary experience, unlike the previous generation of veggie burgers which were all kind of pre-cooked. [It was] like an elevated experience for people who like to cook their own food.

Here's where we failed, though. The technology that we developed worked really well at a bench top scale and it had some advantages over the Beyond Burger [etc.], but we weren't consistently producing at the quality level that we needed to be really successful and relevant in the marketplace.

And I wasn't satisfied with that. We've put a huge effort subsequently into upgrading and improving our innovation process, and our team also, with the hopes of coming back to market with something that was much more compelling. 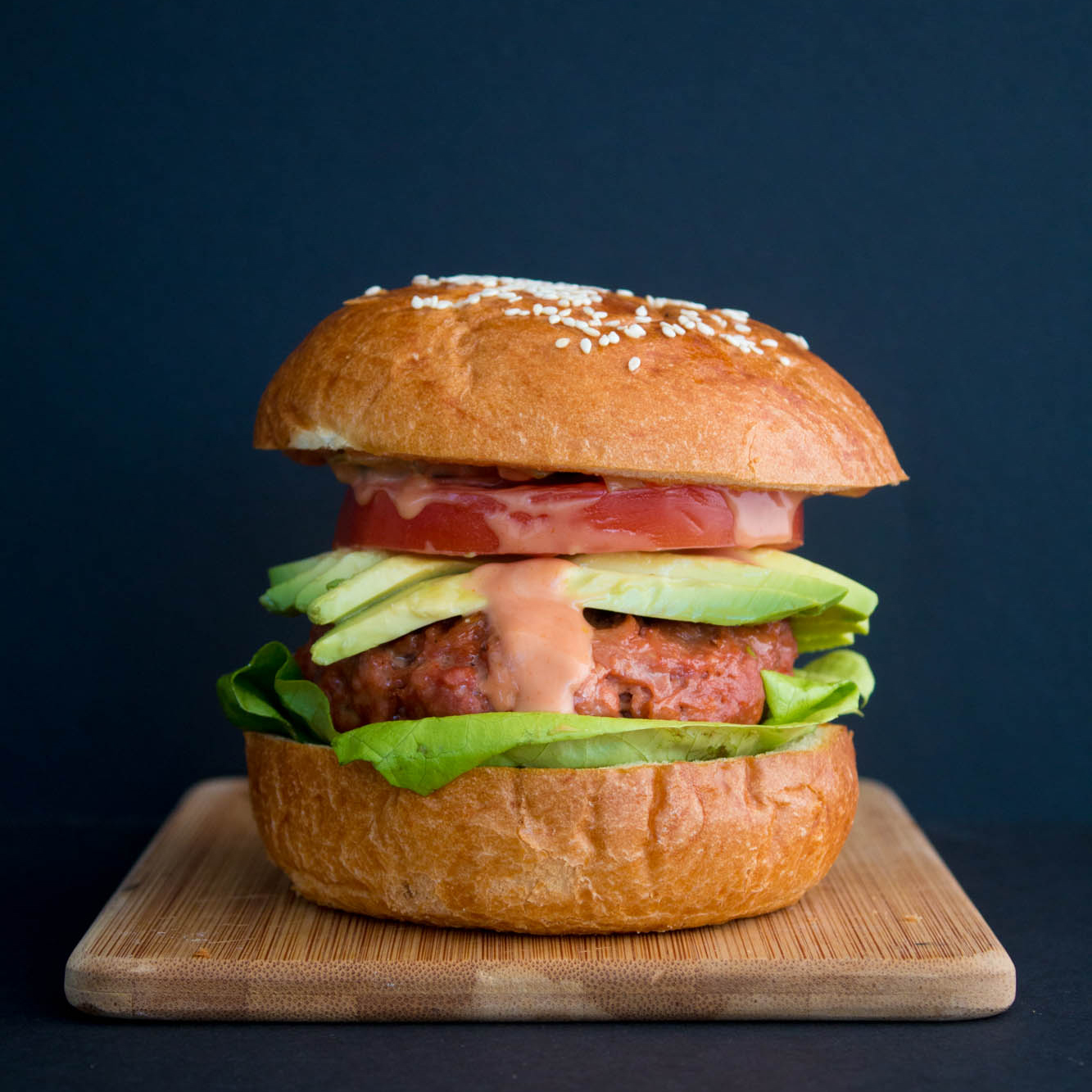 Where does Tofurky’s new plant-based burger stand with regard to the rise of über-tech meat alternatives?

JA: I think ultimately the tech is exciting. I’m a former scientist too and I love technology and understanding the science behind things, but food is not necessarily tech to me. I'm not the kind of person who's going to buy a meal replacement. I feel like food is emotional as much as it is intellectual. It's all about our traditions. It's social and I like understanding my food. And I think Tofurky offers products that are easily understood … the processes we use probably don't even fall into people's typical concerns around the word “processed.”

I think there are a lot of people like us out there too. We hear a lot about the farm to table movement, the four-ingredient string products and those sorts of things. There’s an appetite for that. Simplify our food. Don't make it more complicated. Don't make it more scientific. And I think if you're motivated by environmental concerns too—processing requires energy and the energetic inputs into our food system are one of the reasons why we should be migrating away from an animal-centric diet because those inputs and waste products are extremely destructive to the environment. If we're going to seek out alternatives, we should seek out the best alternatives we can that fulfil our environmental ambitions, our ethical concerns and ultimately provide good nutrition to us.

As an industry pioneer in the plant-based meat category, what does innovation look like at Tofurky?

JA: We're trying to thread the needle of innovation and availing ourselves of new technologies and such, but I also feel like we've been around long enough that our consumers have an understanding and expectation of the products that we offer and what we stand for, not just as a food company, but politically and ethically too, which is great. It keeps us honest. We have to continue to be Tofurky because our consumers expect it. And one of the things they expect is that we're not wearing lab coats when we design products. We're sitting around in a kitchen and we're tasting it like food, not like a product, not like a science experiment.

Why was an extended shelf-life so important to you as a differentiating feature of Tofurky’s new product?

JA: Providing a really long shelf life is something we really think about as consumers. Food waste is a big concern of mine personally and there's more and more awareness about how much waste there is in across our entire food system. Shelf life is a solution to some of those concerns.

We're in the final stages of validating our shelf life, but right now we're pretty confident that we're going to offer 60+ days. This means more usable shelf life for consumers but, even more importantly, it’s meaningful for retailers as well. We don't have a product that requires slacking from frozen and applying a date several times per week. Our shelf life will be long enough that they can be stocked on normal weekly restocking cycles, or hopefully they're selling like hotcakes and have to be restocked every day. One of the elements of our mission is price efficiency. If we're going to expect end consumers to migrate their food decisions away from animal products to plant based products, we need to offer attractive prices. We need to not exceed the prices they're already paying for their animal-based meat. So little things like making sure that it's in a lower-margin section of the store [and that] the store doesn't have to apply a lot of labor to manage your products … that all fits with our mission of being very price sensitive.

Unlike other alternative meat brands that have opted to merchandise their products in the meat case, Tofurky is staying squarely in the produce department. How did you make this decision and what kinds of packaging considerations did you take into 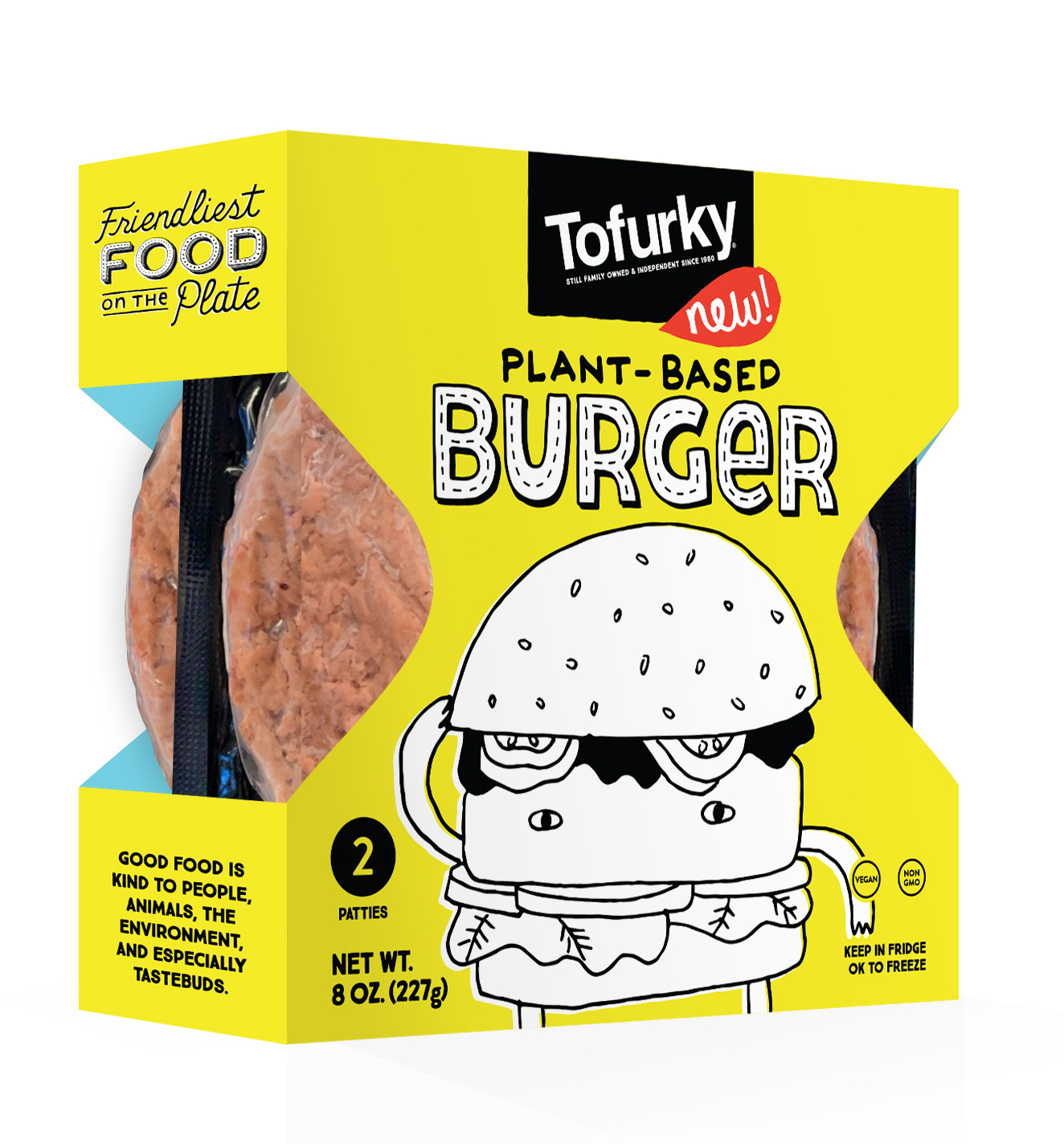 JA: Consumers are used to coming to the produce section and finding us and, at least in the conventional market, we built our brand in that produce section, so there’s some loyalty there. And out of that loyalty we see a new problem or opportunity within the retail world, which is suddenly there's inter-departmental competition for market share of plant-based shoppers. So what we've done is design a solution that fits better into the traditional location for [plant-based] products like ours, the produce section. [There] you don't have the luxury of really big package sizes … we've been really thoughtful about making sure that we provide a really shelf size efficient package. So, in the same space where you could put one Beyond Meat package, you can put two almost two Tofurky burger packages.

That smaller, more efficient package also uses less material, so it's a more environmentally responsible, sustainable kind of mission. And finally, we've also individually packaged each of our burger patties into vacuum-sealed pouches, so the retail package has two, 4-ounce patties in it. If an end consumer is dining alone or maybe is the only plant-based eater in their household, they can just open one and the other still retains all of its shelf life. So that's an advantage for the consumer as well.