Unboxed: 6 reasons it’s all about the sprout 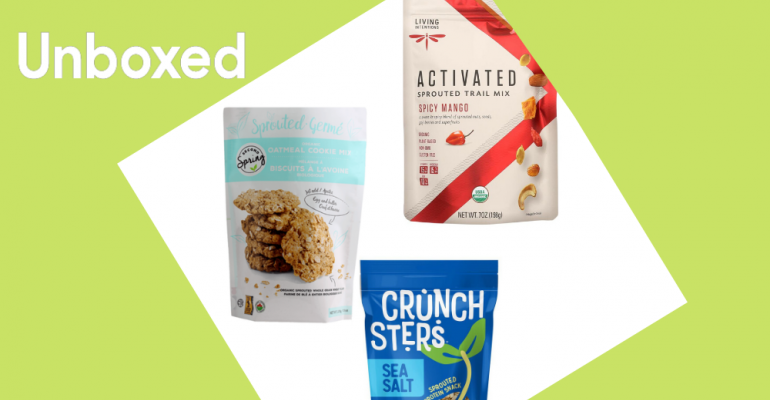 Start Slideshow ›
Sprouted ingredients are turning up in everything from snacks to desserts, and that’s a good thing.

Once considered a thing of the past, or at least the purview of only the most dedicated health food consumer, sprouted foods such as grains, nuts, seeds and legumes have been making a comeback—as well as a leap into the shopping carts of more conventional shoppers. The reason is clear: The increasing number of people seeking better-for-you, more nutrient-dense foods are drawn to the healthy properties of sprouted grains.

These sprouted foods (all of which are technically seeds) are intentionally germinated in temperature and humidity-controlled environments, which cause them to undergo a biochemical reaction that increases their nutrient content, their levels of antioxidant-rich vitamins and the bioavailability of minerals. In addition to improved digestibility and greater amounts of soluble fiber, sprouted seeds also offer customers rich and nutty flavors.

Given all this, it’s hardly surprising that products containing sprouted ingredients are becoming increasingly common on store shelves, particularly in the snack category.

Here are a few of the sprouted products that have caught our eye recently.