We can’t say enough about this Canadian company, which, in addition to being a Certified B Corporation and donating one meal to someone in need for every product sold, also makes its star product, this USDA Organic ketchup, with no added sugar. Its sweetness comes only from date paste and the ingredient list is marvelously clean.

Low-sodium chicken broth might not be anything new, but we are huge fans of this ultra clean-label product from Spanish company Aneto. Made from just free-range chicken, onion, carrot, leek, cabbage, celery and sea salt, the broth is simmered for over three hours for a rich and savory flavor with only half the salt of regular chicken broth at 140 milligrams per 1-cup serving.

This company has built much of its success on its better-for-you USDA Organic sauces that incorporate healthy, keto and paleo-friendly fats like avocado oil; unsweetened steak, bbq, ketchup and other takes on classic sauces; and particularly its line of No Soy Teriyaki sauces and marinades. As with the other varieties, this just-launched flavor gets its umami from coconut aminos and its tropical sweetness from organic pineapple juice concentrate, organic date paste and organic balsamic vinegar.

This newly launched dairy-free gelato is a revelation for those who wish to indulge in low- or no-sugar favorite desserts, but are adverse to the taste and mouthfeel of many common sugar substitutes. With just 250 calories per 14-ounce container, this gelato is sweetened with allulose, a naturally occurring, low-glycemic sugar that has a texture similar to table sugar and, as far as our resident supertasters can tell, zero aftertaste. This vegan “bean to bar” variety—one of four in total—uses 100% cocoa mass (not cocoa powder) that is grown and processed on the company’s own plantations for a creamy and indulgent plant-based dessert.

Plant-based burgers are typically much higher in sodium than their beefy counterparts, but this new veggie burger narrows the gap by reducing the amount of salt in its regular version by half. At 270 milligrams per patty, it more than measures up as a low-sodium alternative to others in its category, rating an “A”—for burgers with less than 346 milligrams sodium—in a recent analysis of the nutritional values of 19 plant-based burgers conducted by Jessie Shafer, RD, New Hope Network’s resident dietitian. Curiously, the ingredients are the same for the brand’s Regular and Light versions, relying on things like mushrooms, onions, carrots and walnuts to bring on the flavor.

Brightly eye-catching packaging and keto-friendly ingredients make this cereal brand one to stock in 2020. Emerging ingredient allulose forms part of a sweetener blend that also includes monk fruit extract and stevia. With 12 grams protein per serving—from milk protein isolate and whey protein isolate— and 3 grams net carbs, the cereal gets a prebiotic boost from chicory root fiber and its chocolatey flavor from cocoa powder.

These grab-and-go meat sticks are part of the new sugar-free product line launched by this cured meat company, whose recipes are created by the brand’s in-house chef and co-founder. In addition to a clean ingredient list that includes pork, beef and spices, the brown sugar from the regular recipe is eliminated and cherry juice powder is added to adjust for any differences in color. The result is a zero-sugar snack that tastes just as great as the original version. Each 1-ounce stick boasts 8 grams of protein and is keto and paleo friendly.

A perfect pantry staple, this new simmer sauce holds appeal for consumers looking for both lower-sodium and no-sugar substitutes for their favorite dishes. This Keto and Paleo Certified sauce gets it umami from coconut aminos, and its sweetness from coconut sugar, monkfruit and stevia. Yeast extract, sesame oil, apple cider vinegar and spices help add layers of flavor at 270 milligrams of sodium per 2-tablespoon serving size.

Though not a particularly new product, this one deserves mentioning for its offer of 50% less sodium (at 220 milligrams per 1 gram serving) while retaining all of the natural minerals found in the company’s original Himalayan Pink Salt products. 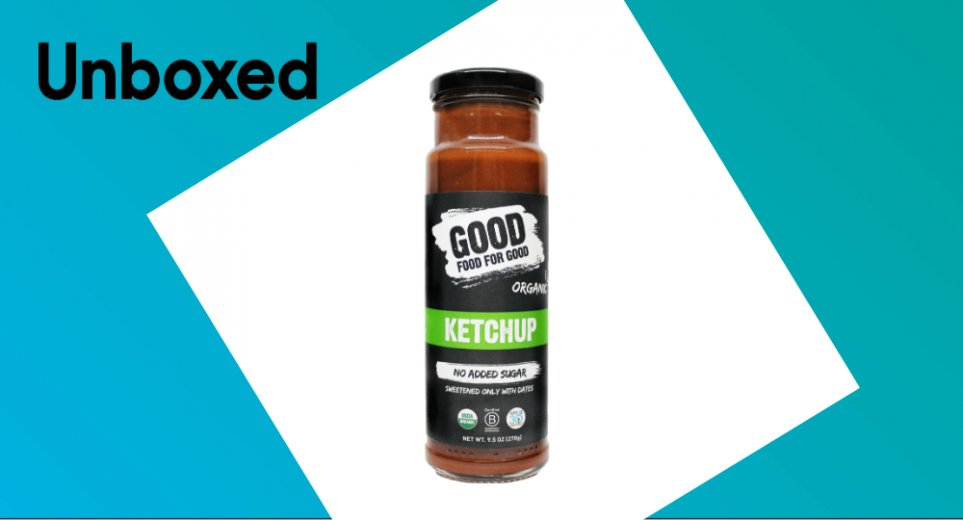 Next Up
Unboxed: 9 nutritious picks for the at-home snacker
Start Slideshow ›