HomeProducts and TrendsFood and BeverageWhat's driving the alternative meat market’s explosive growth?
Recent
Latest
Sponsored Content
Are there potential carcinogens swimming in your biobased laundry detergent? – article
Sponsored Content
Organic agriculture and its impact on ingredients and the planet – webinar
Sponsored Content
The goodness wrapped in a certified organic seal – video
Podcast: What brands need to get on shelf at Fresh Thyme Market
May 24, 2022
Trending
Getting ready for 2023: Trends for brands to consider
May 17, 2022
Whole Foods' honors 30 companies with 10th annual Supplier Awards
May 18, 2022
6 tips to promote consumer understanding of Certified Organic
May 18, 2022
Natural beauty market trends
Jun 16, 2021 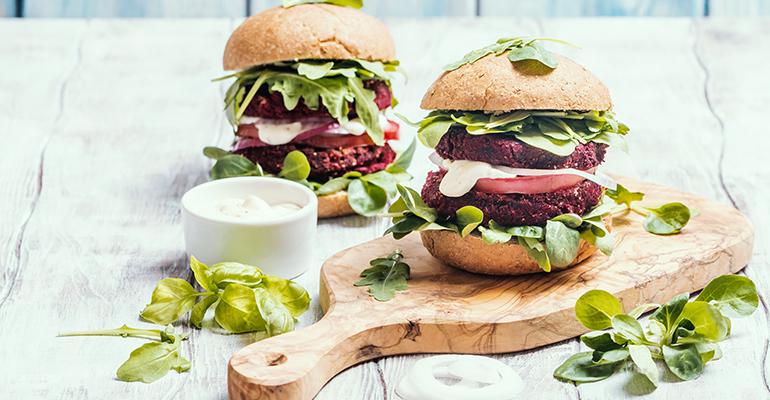 As brands and retailers look to feed consumers' interest in plant-based alternatives and capitalize on the growing demand, it’s helpful to understand the forces that are pushing the category forward.

Plant-based foods have been gaining traction for years, but the surge of fast food restaurants serving Impossible Burger and Beyond Meat is the kind of milestone that indicates it’s a long-term trend and not a fad; that plant-based meat alternatives are here to stay. Market intelligence firm Numerator has some data to help, based on a survey it conducted of more than 1,000 plant-based meat buyers. Let’s take a look at some of the highlights it identified.

Interestingly, dietary restrictions are not a top reason that people are trying these products–nearly half of meat alternative buyers don’t have any household members avoiding meat, and only 30% have a vegetarian or vegan in the house. Instead, the key drivers are health and curiosity. Environmental and ethical concerns were also a factor, but more among vegans and vegetarians than the group as a whole.

Among the other findings:

Word of mouth is crucial. About 40% of buyers heard about plant-based meats from friends or family, rather than from advertising. In-store experiences are the second-highest source for consumers, with 34% hearing about them through in-store displays or seeing it on the shelf.

Emphasis on health. The data showed that consumers love the perceived health benefit—three out of four believe the meat alternatives are healthier than real meat — and the fact that these products avoid harm to animals and have a smaller environmental footprint.

Here for the long haul. The feedback consumers gave was overwhelmingly positive: 62% were very or extremely satisfied, 83% would recommend to someone else, and 81% would try other plant-based meat alternatives. Only 15% think it’s a temporary fad. Half still prefer real meat—but Numerator’s data also showed that 80% intend to replace some or all real meat with plant-based alternatives in the next year.

The report has a few recommendations for brands based on the data it collected:

The report has some takeaways for retailers to take note of as well: