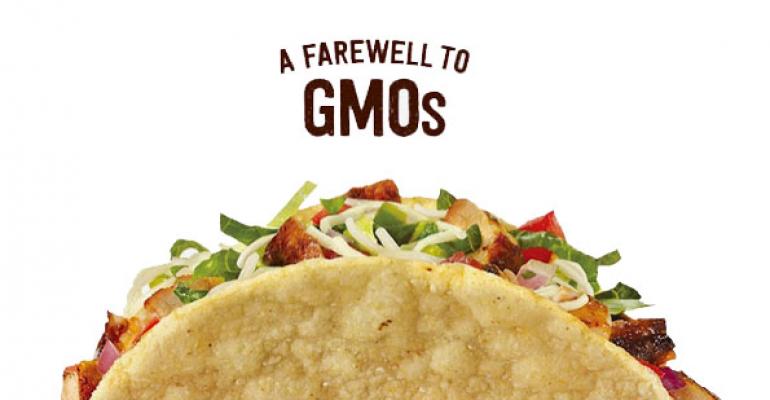 The burrito-slinging chain recently announced that its 1,800+ store locations will serve food made without GMO ingredients—the first national restaurant to do so.

“Chipotle is on a never-ending journey to source the highest quality ingredients we can find," the company posted online. "Over the years, as we have learned more about GMOs, we’ve decided that using them in our food doesn’t align with that vision."

The switch, co-CEO Steve Ells told CNNMoney.com, was relatively easy, as they "don’t have many ingredients in the first place.” Chipotle has labeled its few GMO-containing ingredients, corn and soy in the tortillas and soy in the cooking oil, on its website since mid-2013. Now the brand will use non-GMO corn, sunflower oil and rice bran oil.

Predictably, the natural industry lauds Chipotle’s announcement and anticipates that other fast-casual restaurants will follow in the company’s footsteps. “Chipotle has shown that it is possible for a large ‘fast food’ chain adopt a more sustainable food supply,” Green America said in a statement. “It is time that all food companies follow suit and move beyond genetically engineered ingredients and towards a more sustainable food system that benefits people and the planet.”

Chipotle’s commitment to non-GMO is just one significant indicator of America’s growing frustration with an agricultural system dependent on genetically modified crops.

Other clues that suggest the GMO climate is slowly but surely changing: The World Health Organization recently affirmed that glyphosate, the principle herbicide associated with GMOs, is “probably carcinogenic to humans." Thirty-seven states have initiated some kind of labeling legislation, with Vermont, Maine and Connecticut leading the charge. Consumers are increasingly seeking foods that depict the Non-GMO Project label. And to top it off, Neil Young is purportedly working on a new album called The Monsanto Years; with songs titled “Too Big To Fail” and “Seeds”, we can assume the album will cast the genetically engineered monolith in an unfavorable light.

Most exciting, however, is that Chipotle is proving non-GMO food service can be cost effectively achieved. (Chipotle will not be raising prices.) Fast food chains are running out of excuses to continue serving GMO-containing foods.

McDonald’s, ahem, we're looking at you.

The wrong kind of funny: The non-GMO movement takes a comic beating on The Daily Show
Apr 27, 2015