HomeProducts and TrendsFood and BeverageThis company is bringing non-GMO, humanely raised pork to the U.S.
Recent
Latest
4 tips to get ahead of chemical concerns in packaging
May 20, 2022
7 CBD favorites in the increasingly popular gummies format
May 20, 2022
Mission MightyMe helps parents introduce allergens to babies
May 20, 2022
UNFI's Eric Dorne to step down as chief operating officer
May 20, 2022
Trending
Whole Foods' honors 30 companies with 10th annual Supplier Awards
May 18, 2022
Sponsored Content
The rise of sustainable business – eGuide
Sponsored Content
Getting ready for 2023: Trends for brands to consider
May 17, 2022
Sponsored Content
Unboxed: 7 plant-forward ice creams to stock this summer
May 10, 2022

This company is bringing non-GMO, humanely raised pork to the U.S. 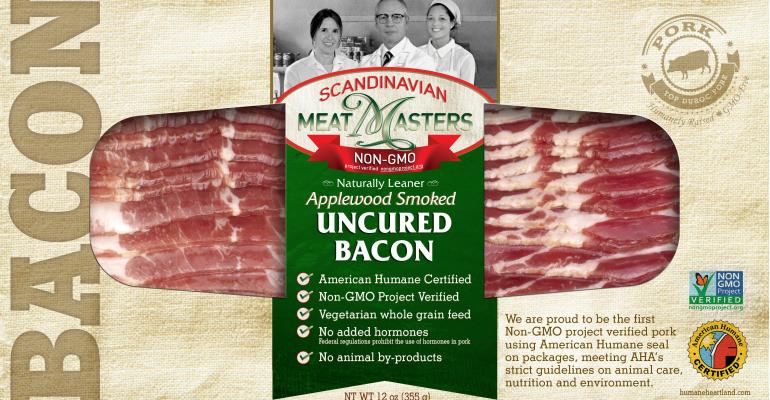 Americans are becoming more thoughtful about their meat choices—guided by the growing organic and non-GMO movements, and by recent research and awareness about the potential effects of meat production on the environment and on health. More than half of American consumers say they are willing to pay more for meat and poultry products that are better for them, according to a 2015 Packaged Facts report.

That's why Mika Manninen says starting Scandinavian Meat Masters with his wife, Helena, was a no-brainer. The company is working on bringing American Humane certified, Non-GMO Project verified pork products to the U.S.

But it hasn't been easy. Achieving American Humane certification, which aims to ensure that animals are raised free from hunger, thirst, discomfort, pain, disease, fear and distress, is a rigorous process. And it's not easy or cheap to raise meat with feed that doesn't contain GMOs, when about 90 percent of corn and soy— animal feed ingredients—€”grown in the U.S. comes from genetically modified seeds. According to the Non-GMO Project, about 1,400 meat, fish and egg products (out of more than 33,000 total verified products) on the market carry the seal.

Here, Manninen shares his start-up story and where he thinks there's opportunity to innovate.

Let's start at the beginning. How did this company come about?

Mika Manninen: Helena and I had a company called Simpli that we exited a couple of years ago. So we were out of that business and then, about three years ago, it became so obvious to us that there’s going to be a massive demand for GMO-free and humane [meat]. I approached a whole slew of farmers about this, saying, ‘Can you grow non-GMO pork for us?’ I literally got laughed out of everywhere.

The meat industry is very traditional. One reason for that is, whenever there’s been a new thing that’s come up, it has turned out to be a fad and everyone’s burned themselves, so I understand completely where they come from. It’s expensive and it’s complicated, and once you get your system to work, you kind of don’t want to take a chance on something that might not work.

So you had to look elsewhere then?

MM: We ended up going to Europe, and we found a great partner about a year and a half ago who now grows us GMO-free, American Humane certified, antibiotic-free pork. We grow about 7 million pounds a year. Our partners are in Denmark, and our farm is in Poland. Poland is progressive when it comes to farming; it doesn’t allow any GMOs. The feed is obviously the issue with the GMO side—you really need to be able to control the feed source and the mill. Our feed still has a lot of corn in it, but our partner grows quite a bit of the crop themselves.

The farmer here who did our audits for non-GMO and American Humane, when he came back, he was telling all the other farmers that I was meeting with, ‘We have a lot to learn from the way they do it.’

Going through these certification processes, especially with livestock, is challenging. What was that like?

MM: If you really want to get old in a hurry, go non-GMO with livestock. [laughs] It is really difficult. The Non-GMO Project is very strict, which I applaud. But actually getting it done is complicated. It’s totally doable and I’m sure that people will start doing it—we’re actually in talks with a few people here in the U.S. who may start growing for us—but it hasn’t been possible so far.

So what kind of products will you be bringing to market?

MM: We actually have three different businesses. We have the raw materials—we have a handful of clients who buy raw meat from us and process it themselves. The second piece of the 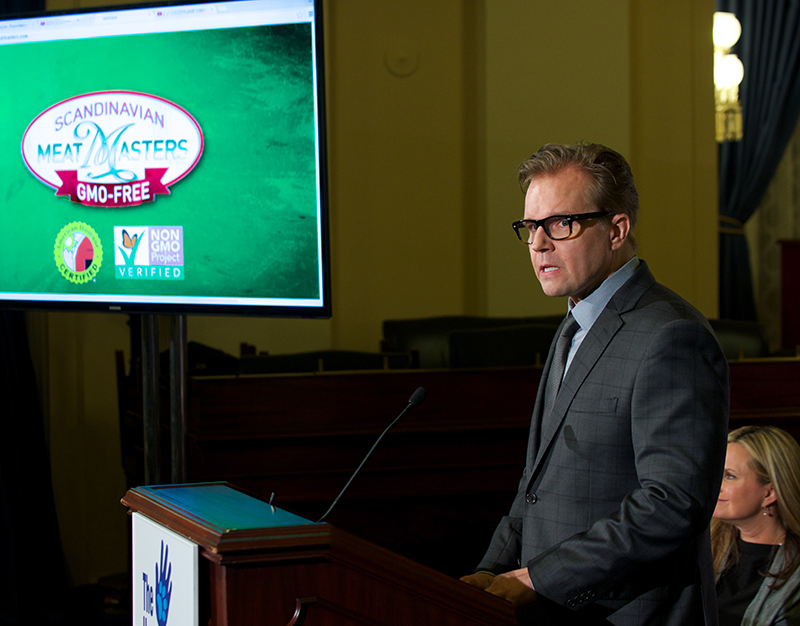 puzzle is what we call the base business. Our bacon, for example. Not unbelievably creative, since there’s bacon on the market already, but our bacon has better claims and is a better product.

The third part of the business, which is the really exciting piece, is that in the past two and a half years we’ve been doing R&D for a whole line of very clean pork snacks with all the claims—non-GMO, American Humane, antibiotic-free, minimum sodium, very low fat.

If you look at jerky, for example, a lot of the stuff that’s out there is either way too sugary or way too salty. I think that there’s a market with women and millennials that we’re aiming for, and also people who are on paleo diets or want to eat cleaner proteins.

And you're confident that consumers will be willing to pay a higher price point?

MM: On the raw materials side, we are clearly more expensive than conventional pork, but there has not been any pushback from the market. Where we’re going to land at the grocery store is maybe 10 percent to 20 percent, depending on the store, above your typical antibiotic-free product, but still clearly under organic. Based on what we know right now, I don’t think that’s going to be a problem.

What's the next step? When can we expect to see products in stores?

MM: The bacon boxes are going to be out in the next few months. That product is ready to go; we just need to make the decision of who will get it. We have three different supermarkets who want that product on their shelves, so we’re thinking about which one of those can we support right now.

But we think the really big play here is snacks. Right now I’m on round one with investors, because we want to find a partner who wants to jump in.

But we think the really big play here is snacks. Right now Iâ€™m on round one with investors, because we want to find a partner who wants to jump in.