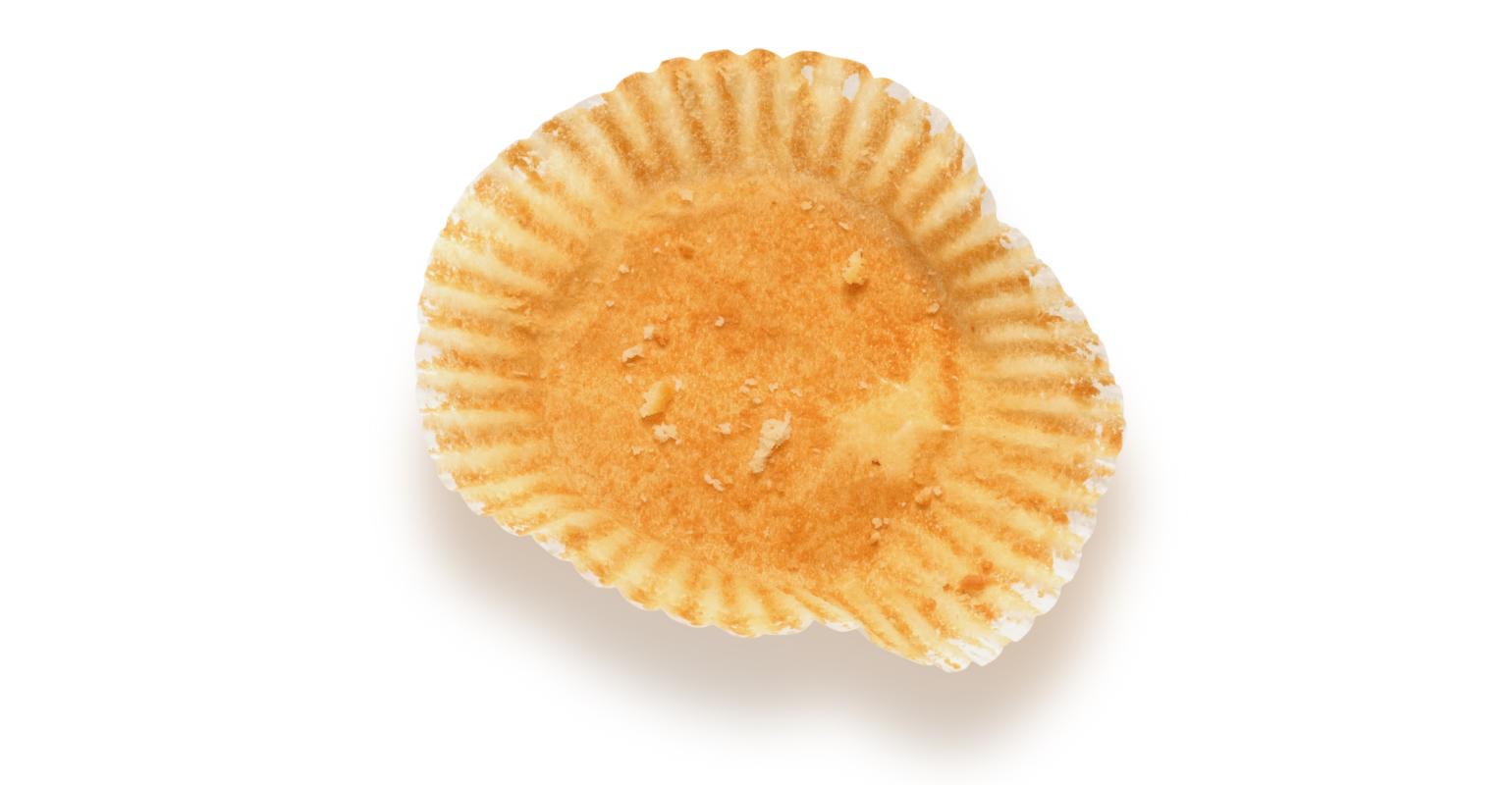 From books to blogs to Pinterest boards, more natural enthusiasts than ever are paying attention not just to how products are sourced but also to what happens after they&#39;re used.

I was 21 and I was on a clandestine mission to rescue chocolate. Mission location: the Dumpster next to a chocolate factory. Come nightfall, my friends and I snuck up to the Dumpster and discovered mounds of dark chocolate glistening in the moonlight — €”massive slabs that looked like they were fresh off a conveyor belt, studded with dried raspberries and chopped almonds.

We shoved as much as we could carry into a bag and drove off, tentatively taking small bites after carefully inspecting for rogue debris and finding that it was just as delicious as the brand'€™s expensive wrapped bars.

But rescuing food is not just for dirtbag college students. A growing number of natural shoppers are nodding to the values popularized by what New Hope Network identifies as the Zero Wasters, a food tribe motivated to reduce contribution to waste and environmental contamination by minimizing food, clothing and household purchases, and prioritizing products that have compostable packaging and no or reusable packaging (think almond butter sold in an attractive glass jar).

From books to blogs to Pinterest boards, more natural enthusiasts than ever are paying attention not just to how products are sourced but also to what happens after they are used. "The time is right to talk about food waste because multiple things are happening at the same time,"€ explains Jen Rustemeyer, producer of the food waste documentary Just Eat It. "The cost of food is going up, the number of hungry people is going up, population is increasing and there is awareness of the pressures food growing puts on our limited land and water resources."

While consumers have long cared about whether their chocolate or coffee was sourced consciously — €”a value that fuels certification labels like Fair Trade USA and the Rainforest Alliance — €”now such shoppers scrutinize what happens after the food is purchased. How can they get the most out of the food? And where does the packaging end up?

Much of this burgeoning awareness is due to staggering statistics that show just how much food is actually discarded.

A 2013 report by the World Resources Institute, for instance, estimates that one out of every four calories from food grown for humans in the world is not ultimately consumed. And out of this statistic, Americans are some of the worst culprits. In the United States, a whopping 40 percent of food is thrown away — €”nearly 20 pounds of food waste per person every month.

These are frightening numbers, considering that one in six Americans live in food-insecure households, and that so much energy, agricultural chemicals and water are required for food production. Comedian and social commentator John Oliver said it best on his show Last Week Tonight. "€œWe'€™re wasting all the labor and natural resources that went into making it,"€ said Oliver. "€œIt seems especially unwise that farmers are pumping water into food that ends up being used as a garnish for landfills."

Food waste seems particularly egregious considering that a majority of fruits and vegetables like artichokes, spinach, broccoli, tomatoes, garlic, cauliflower, almonds and so much more food in the United States are mainly produced in California, a state gripped in a four-year drought. When you throw out an apple, you'€™re also throwing out the 17 gallons of water it took to grow it.

To combat food waste — €”and the excess packaging and trash associated with it — Zero Wasters are motivated to reduce their consumption and output by making the most out of food, and also by keeping household items (like cleaning bottles, paper towels, plastic wrap) out of landfills, too.

In fact, the Zero-Waste Challenge, a commitment to reduce as much waste as possible, asks participants to fit all of their trash for an entire year into a mason jar. "€œThe majority of our trash by weight is from packaging,"€ writes Zero-Waster Amy Korst, author of The Zero-Waste Lifestyle (2012, Ten Speed), "with food scraps and yard trimmings each adding about 13 percent in weight to the garbage can."€ Clearly, if consumers want to reduce waste, scrutinizing their grocery cart is a good place to begin.

Offering products in recyclable packaging doesn'€™t cut it for this conscious food tribe. With innovations in packaging increasingly focused on compostable materials, pioneering brands, retailers and organizations are tapping into the ethical issues valued by Zero Wasters to launch products that create as little trash as possible.

Take ReGrained, for example, a small but growing San Francisco brand that formulates nutrition bars out of leftover spent grain from breweries. "The amount of grain used to brew is staggering ... then you start thinking about the agriculture supply chain, malting and distribution and all the water and resources that went into getting the grain to the brewery in the first place," explains ReGrained co-founder Dan Kurzrock. "With this in mind, recovering and upcycling the grain creates shared value on multiple levels. €”I see ReGrained as a hybrid between a sustainable food and resource management company."€ While the natural market is saturated with tasty bars intended for take-along nutrition and quick-eat convenience, with the cheeky tagline "Eat Beer," ReGrained appeals to shoppers who understand the prevalence of food waste, €”even if they don'€™t strictly identify as part of the Zero Waste tribe.

Likewise, Loliware, winners of the Natural Products Business School Pitch Slam at Expo West 2015, manufactures edible, flavored cups out of vegan gelatin designed for cocktails of all ilk as a replacement for ubiquitous plastic red party cups. "Some people may not know, but there'€™s about 70 million tons of plastic waste that enters the landfill every year,"€ says co-founder Chelsea Briganti. "€œIt's our mission to hopefully replace a percentage of that."€ Aside from being a novel product for shoppers to drink their cocktails (and eat them too), Loliware also ameliorates fears of BPA-toxicity in conventional cups.

Such innovations like ReGrained and Loliware are exemplary products that nudge the dial on waste reduction. But other natural brands are also incorporating zero-waste manufacturing principles into their products to build identity as a waste-less brand. Justin'€™s Nut Butter, for example, recently launched a pretzel and nut butter Snack Pack made from 100 percent post-consumer PET plastic derived mostly from water bottles. It'€™s still a product that contains plastic, but such gains can make measurable impacts on food waste. (Compare this to Starbuck'€™s better-than-nothing but paltry 10 percent post-consumer paper fiber cup.)

Retailers get real about food waste

Manufacturers are certainly playing a part in reducing food and package waste. But a growing number of retailers are promoting "ugly" or imperfect fruits and vegetables to their shoppers at reduced prices. Intermarche, the third largest supermarket in France, received global recognition and praise for its campaign, €œInglorious Fruits and Vegetables.€ By thoughtfully merchandising disfigured fruits and vegetables (think twisted carrots, bulbous potatoes, and misshapen apples) Intermarche actually increased store traffic by 24 percent and sold an average of 1.2 tons of "€œugly"€ produce per store in the first two days of the campaign.

Food waste activist Jordan Figueiredo agrees that €”retailers have a big responsibility when it comes to waste reduction. Inspired by Intermarche'€™s campaign, he launched the Instagram and Twitter handle @UglyFruitsAndVeg, which quickly amassed thousands of followers keen on scrolling through images of deformed vegetables. "People are obviously taken with the amazing shapes, colors and sizes that produce naturally comes in,"€ says Figueiredo. "Once people learn a bit about the issue, they are immediately on board with doing whatever we can do to solve this massive problem and end this senseless waste."

Figueiredo stresses that retailers especially can reduce food waste because they control the standard for what gets wasted and what doesn'€™t. "€œAsk your grocer what they're doing to stop massive food waste,"€ he recommends to shoppers. While natural retailers especially are passionate about environmentally friendly business practices, consumer pressure can encourage groceries to take even more food-waste steps, such as selling post-peak produce at discount, donating would-be food waste to local food banks or food-rescue programs, composting and repurposing imperfectly shaped produce for smoothies, juices and sandwiches.

"Grocery stores have a big role to play because they are who interacts with consumers the most,"€ confirms Rustemeyer. "€œBut they won't change unless they see a competitive advantage to it (for example, if the public demands it) or they are forced to by policy."