Fruit and vegetable consumption down, but focus on fresh grows [infographic] 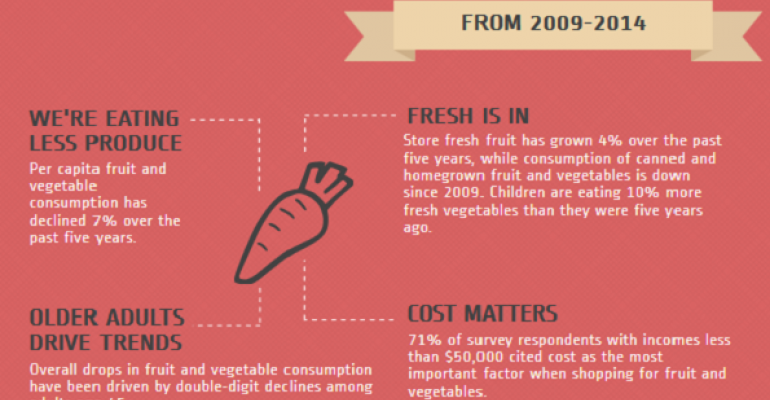 A new survey from the Produce for Better Health Foundation sheds insights on produce consumption trends and which fruits and vegetables are growing and declining in popularity.

Americans are putting about 7 percent fewer fruits and vegetables on their plates than they were just five years ago, according to a new study from the Produce for Better Health Foundation, but there may be a silver lining.

State of the Plate: 2015 Study on America's Consumption of Fruit & Vegetables found overall drops in produce consumption driven by high declines among older adults. Children, on the other hand, are eating more fruit and more fresh vegetables (instead of canned).

The study collected food and beverage consumption data from about 2,000 households (representing about 5,000 individuals) and used statistical modeling to make predictions about future growth.

Check out some of the major takeaways in this infographic.