HomeProducts and TrendsFood and BeverageIs it time to elevate the conversation around meat label claims?
Recent
Latest
Mission MightyMe helps parents introduce allergens to babies
May 20, 2022
UNFI's Eric Dorne to step down as chief operating officer
May 20, 2022
The Analyst’s Take: Top takeaways from NBJ’s Sports Nutrition and Weight Management Report
May 20, 2022
How nutrition companies can keep up with rapid pace of changing tech
May 20, 2022
Trending
Whole Foods' honors 30 companies with 10th annual Supplier Awards
May 18, 2022
Sponsored Content
The rise of sustainable business – eGuide
Sponsored Content
Getting ready for 2023: Trends for brands to consider
May 17, 2022
Sponsored Content
Debra Stark’s light shines bright on natural products industry
May 10, 2022
IdeaXchange
brought to you by

Is it time to elevate the conversation around meat label claims? 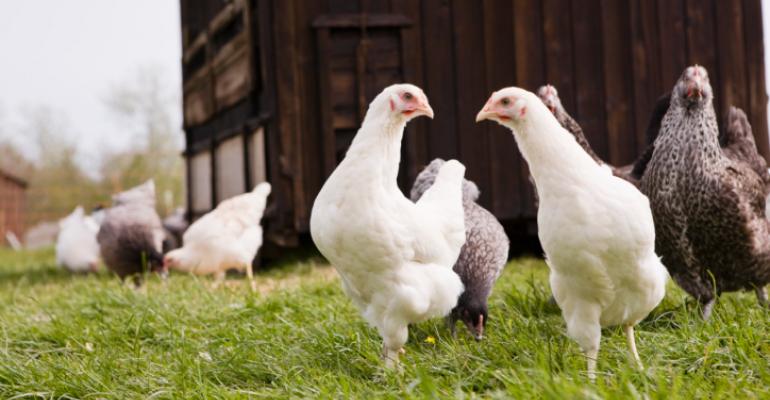 In a recent survey, two-thirds of consumers said they thought meat labeled &quot;natural&quot; meant no artificial growth hormones or GMO feeds were used in production.

Popular meat labels like "natural" and "antibiotic-free" are confusing well-intentioned shoppers, and it's time for a change.

That was the message of Urvashi Rangan, the director of the Consumer Safety and Sustainability Group for Consumer Reports, at the Slow Meat symposium in Denver last week. The event convened meat producers, sellers and thought leaders to address challenges presented by industrialized meat production and celebrate the alternatives.

Rangan explained that her organization is "lobbying pretty hard" in Washington D.C. to get regulators to buckle down on misleading labels. “Trying to go in with a deck of problematic claims on meat and trying to clean it up I think is a good way to go, instead of trying to hit these one by one," she said.

At the top of the list of claims in need of reform? "Natural.” It carries a lot of weight with consumers—59 percent of consumers look for it on products they buy, according to a Consumer Reports National Research Center survey of 1,004 adults released last year.

But their perception of natural goes far beyond its meaning that a product contains no artificial ingredients and is minimally processed. That becomes especially problematic with meat, as consumers tend to incorrectly tie the word to food production practices. In the survey, about two-thirds of consumers said they believed it meant that no artificial growth hormones were used in production and that an animal was given feed free of GMOs. Six in 10 people said it meant no antibiotics were used, and almost half said they thought it meant that animals went outdoors.

“Companies know consumers want (better food production practices), and they want to do it cheaply,” Rangan said. “We think it’s completely misleading that people get to use that label.”

But natural isn’t the only problem for meat. Previous Consumer Reports research found a plethora of inconsistent or potentially misleading label claims regarding use of antibiotics, including “no antibiotic residues” and “no antibiotic growth promotants,” both of which could still mean that animals were given antibiotics—either earlier in their lives or to prevent disease in crowded production facilities instead of for growth.

"I think one of the challenges for us and for this community is to figure out how we start to explain why we care more about human antibiotics being used daily in animal agriculture," Rangan said, referring to companies that have said they are limiting human antibiotic use but aren't necessarily addressing the underpinnings of why they use them in the first place. "The conventional industry has done a great job of cracking off that problem, saying they've dealt with it and just sort of marching on. And I think we'd be remiss if we didn't catch up with that discussion."