HomeProducts and TrendsFood and BeverageNew opportunities for lost crops: Q&A with Kaibae founder Luc Maes, ND
Recent
Latest
6 tips to promote consumer understanding of Certified Organic
May 18, 2022
Sponsored Content
Balanced Health Botanicals Newsletter – May
Getting ready for 2023: Trends for brands to consider
May 17, 2022
EXPO VIDEO: How did a young sparkling water brand get licensing deals with Marvel and Disney?
May 16, 2022
Trending
Debra Stark’s light shines bright on natural products industry
May 10, 2022
Unboxed: 7 plant-forward ice creams to stock this summer
May 10, 2022
Hemp CBD industry struggles so far in 2022
May 10, 2022
Monitor: Consumer research on collagen shows how much education is needed
May 12, 2022 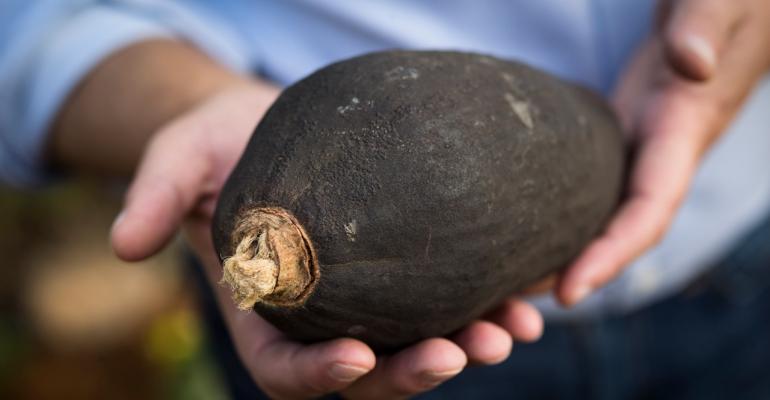 The story of naturopathic doctor Luc Maes’ company, Kaibae, starts with a giant fruit that grows abundantly in Africa: baobab.

While baobab has gained “superfruit” acclaim in recent years for its high vitamin C, calcium, magnesium and antioxidant content, Maes also saw an opportunity to do good by creating a company that sourced baobab from African communities where it grows, turning a lost crop into a source of revenue.

Kaibae recently won Nature’s Path’s Seed to Sprout pitch contest at Natural Products Expo West 2016. Here, Luc explains the origin of the company and its mission to promote both health and livelihood of communities.

Why focus on baobab?
Luc Maes: In my research on medicinal plants, I fell in love with a giant tree that happens to grow in Africa—the baobab tree. I was initially interested in the chemistry of the fruit and the fact that the fruit powder naturally has prebiotic and low glycemic benefits that, as a doctor, I felt are two important pillars that need to be addressed in the treatment of chronic disease and the maintenance of health. When I learned that this tree grows in areas in Africa where poverty is endemic, and that the baobab tree is a lost crop, I thought, 'Wow, I can make a difference here with the fruit of this tree and have the potential to create new opportunity for economic development in the region where this tree grows.'

From there, how did the company start?
LM: I connected with someone who’s a humanitarian and does agricultural development in Africa who happens to live here in Santa Barbara, and we ended up going to all the elders in the different communities and basically started a supply chain. Now—I’d say we’re in our fourth year—we have a processing center that is organic certified, and we have people who are trained as pickers and handlers and processors, so the dream is becoming a reality.

Kaibae means 'hi, hello, how are you?' in Kusaal, which is the language of the communities we work with. So the concept of Kaibae grew out of all this, into a company that basically identifies undervalued, lost crops with a unique nutrition profile whose harvest has the potential to create new economic development in Africa and South America while protecting the environment.

Let’s talk about how you educate retailers and consumers who have never heard of baobab?
LM: We’re in South Pacific Region Whole Foods right now, and our marketing relies heavily on education, on in-store trainings and also on demos.

In addition to the fruit powder as a product in retail, we’re also working as an ingredient supplier to the food and beverage industry, where the interest is gradually increasing. We’re selling our ingredient to cereal, beverage, chocolate, etc. companies. It’s sweet and tangy, so it can be added to CPG products successfully. We feel that by supplying an ingredient to the market, it can really support our little company and allow us to grow in the retail arena.

When you think about giving your pitch at Seed to Sprout, what do you think won people over?
LM: I just went up onstage and I was myself, and I let the passion for my company and the potential that it has for people’s health and the potential to make a difference in the world come through. I feel that by just being genuine and truly letting that passion come forward, that made a huge difference.

What does the rest of this year look like for Kaibae?
LM: We are focused on growth. Kaibae is all about strength and beauty, inside and out. Baobab not only produces an amazing fruit powder but also an amazing oil. We’ve developed several skincare products that are completed and will be coming out later this year.

With this business model of lost crop ingredients, we now have taken to the Amazon, and we are working with a values-aligned company in Colombia that is working with farmers to save a tree from deforestation by revaluing the fruit for its unique protein profile. The cacay nut produces a beautiful oil, so our skincare line integrates the oil of the baobab, the oil of the cacay, and then seaweed—so we’re also working with communities near the Indian Ocean in Zanzibar. It’s a seaweed that was previously used in the carageenen industry, but because it was cheaper to make in the Philippines, all these people in southern Zanzibar no longer have the income they used to have from the seaweed. But the seaweed is now being shown to be rich in minerals and antioxidants. Our goal is to introduce this seaweed in the next year, year and a half. What we want to do is identify these crops throughout regions in the world that are important to our environment and also important to the people who live in those environments.