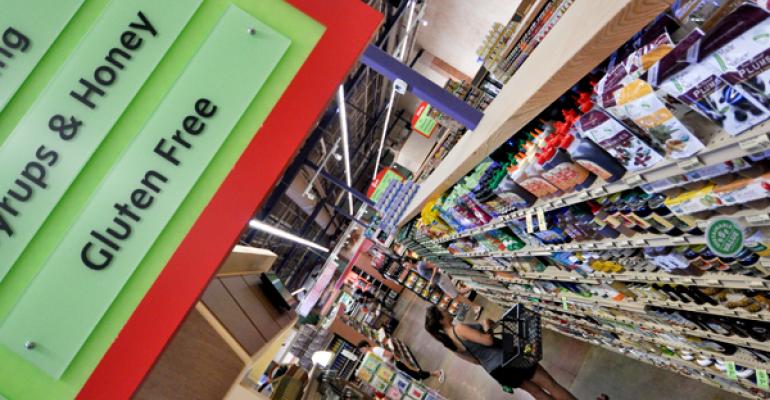 Less than a third of gluten-free shoppers started because of friends, family or media influences.

Gluten free has taken the food world by storm, but the specific reasons that turn consumers into gluten-free converts have been a bit of a mystery. The Natural Marketing Institute (NMI) surveyed people to shed some light on what drives people to make the change and found some interesting results.

While individuals with Celiac disease may be most vulnerable to gluten in the diet, it's not the main driver for consumers starting to eat gluten free. Interest in improving health and feeling better overall is the main driver -- that is, for 51 percent of respondents, according to the NMI Gluten Free 2015 Consumer Report.

Interestingly, another common pathway, at 24 percent of respondents, is simply the accidental purchase of a gluten-free product. That mainly refers to products that have required reformulation -- gluten-free crackers, for example. But NMI points out that labels are still important for all gluten-free products, including those that are naturally gluten free. Approximately 30 percent of gluten-free users started because it was recommended by friends or family, or because they read about it in the news or on the internet.

Overall, it's clear that health is the key driver for gluten-free consumers. NMI notes that "Well Beings," a consumer category it defines as being early-adopters who are active and motivated health managers and environmental stewards, are the primary target for gluten-free foods and beverages. This category accounts for the largest bulk of gluten-free spending. Well Beings are also conscious of toxins in the diet and are more likely to seek products that minimize their exposure to what they consider toxins, including artificial ingredients, GMOs, sugar and other questionable ingredients.

Maryellen Molyneaux, president and managing partner at NMI, says, gluten-free users are "more likely to want other health attributes such as vitamins and minerals, protein, whole grains, fiber and many other healthier ingredients."

However, gluten free does reach beyond this uber-health-conscious group, with "Magic Bullets" being the strongest secondary target. NMI characterizes this group as people who have a lower commitment to a healthy lifestyle and want quick, easy solutions. They lend the advantage of a larger market size than Well Beings but are more heavily focused on weight management than other variables, and so are less likely to stay in the gluten-free category.

NMI says of Magic Bullets: "Although their penetration across each category is either average or below average, they have a high spending index across several categories, including: frozen pizza, rice cakes and trail mix." Food Actives, meanwhile — the next consumer category in terms of health awareness and purchasing, as well as in penetration opportunity for the gluten-free market — "have some small pockets of opportunity. They have high penetration for macaroni pasta, shelf-stable pasta and rice mixes," according to NMI.

The final two groups, Fence Sitters and Eat, Drink & Be Merrys, are not strong targets for gluten-free. Among the former, there's some penetration, but spending is low; among the latter, there's little to no penetration to begin with.

Check out the accompanying infographic for more details.