You can (and should) visit a slaughterhouse 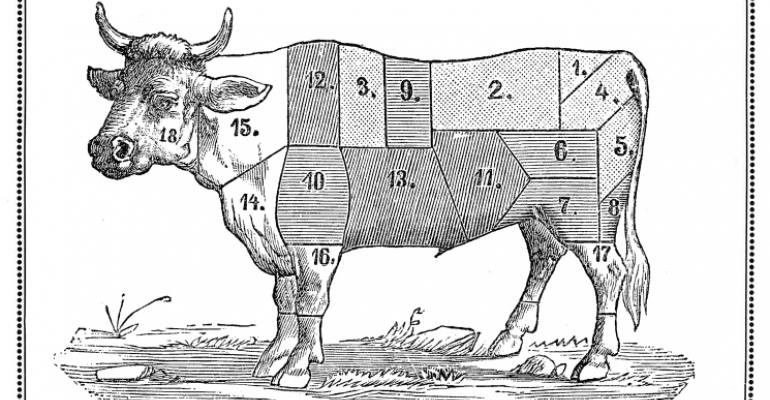 One slaughterhouse allows visitors to view their processing facilities. Is this type of food transparency (literally) overkill?

When I was in college, I took a course on food politics. On the first day we discussed eating habits: who in the class was vegetarian, who ate meat, and why.

Well into my staunch vegetarianism, I balked when a classmate confessed she had a hard time eating meat if she had seen it uncooked beforehand—raw meat “grossed her out."

Apart from raising a slew of questions (including but not limited to, hasn’t this student ever cooked for herself?), the comment was indicative of a larger issue reflecting the disassociation we have with our food system. My classmate ate animals while simultaneously being repulsed at the very idea of it. Thus, my appreciation for hunting was born—if you can kill, cook and eat meat, you understand the — ahem — hard-to-swallow aspects of eating animals.

In an industry that once proposed to criminalize filming of its actions, one Vermont-based slaughterhouse is combating such food ignorance by willingly inviting the public into its facilities. Interested patrons are welcome to visit The Vermont Packinghouse and observe the slaughtering process through small windows. Don't live in Vermont? You can view a slideshow of  the company’s 40,000-square foot building, which includes photos of the raw meat processing room, “Carcass Breaking Area” (carcass included), the slaughter floor and more.

“Uber-transparency is the norm at both the Vermont and the Minnesota facilities because the owners are serving customers of the 21st century local food movement, who expect openness about all facets of food production,” writes author Caroline Abels on CivilEats.com in an article describing Vermont Packinghouse’s processes.

We found some examples of above-and-beyond transparency at Natural Products Expo West: Fishpeople allows you to track the salmon in your ready-to-eat chowder back to the person who caught it; One Degree Organic Foods creates high-quality videos of the farmers who grow every grain in their “veganic” cereals.

But rarely does the industry hidden between the supplier and the manufacturer display a high level of transparency—especially when it involves such macabre realities. While conventional meat processing aims to hide their facilities, Vermont Packinghouse highlights its conscious, clean practices. “What if you could see and know just how each animal was slaughtered, and know that it was done with respect and dignity? What if you ate less meat, but it was better meat?” the company explains on its website.

I love this concept. While it's tough to fathom that many modern eaters would make the pilgrimage to witness the “process by which live animals become food,” the mere availability to learn more is bizarrely comforting. If I wanted to learn about animal slaughtering, I could. And if I ever decide to eat meat again, maybe viewing the kill floor would be the responsible, non-hypocritical thing to do.

Can we expect the broad swath of American meat eaters to care about slaughtering methods and the wellbeing and the feed and the sustainability of an animal? I say yes. We should hold meat farmers, processors and shoppers accountable for understanding their meat’s lifecycle. Perhaps the Portlandia skit “Is the chicken local?” should be the norm rather than ridicule.

And if consumers aren’t OK with that, maybe they don’t deserve to eat meat in the first place.