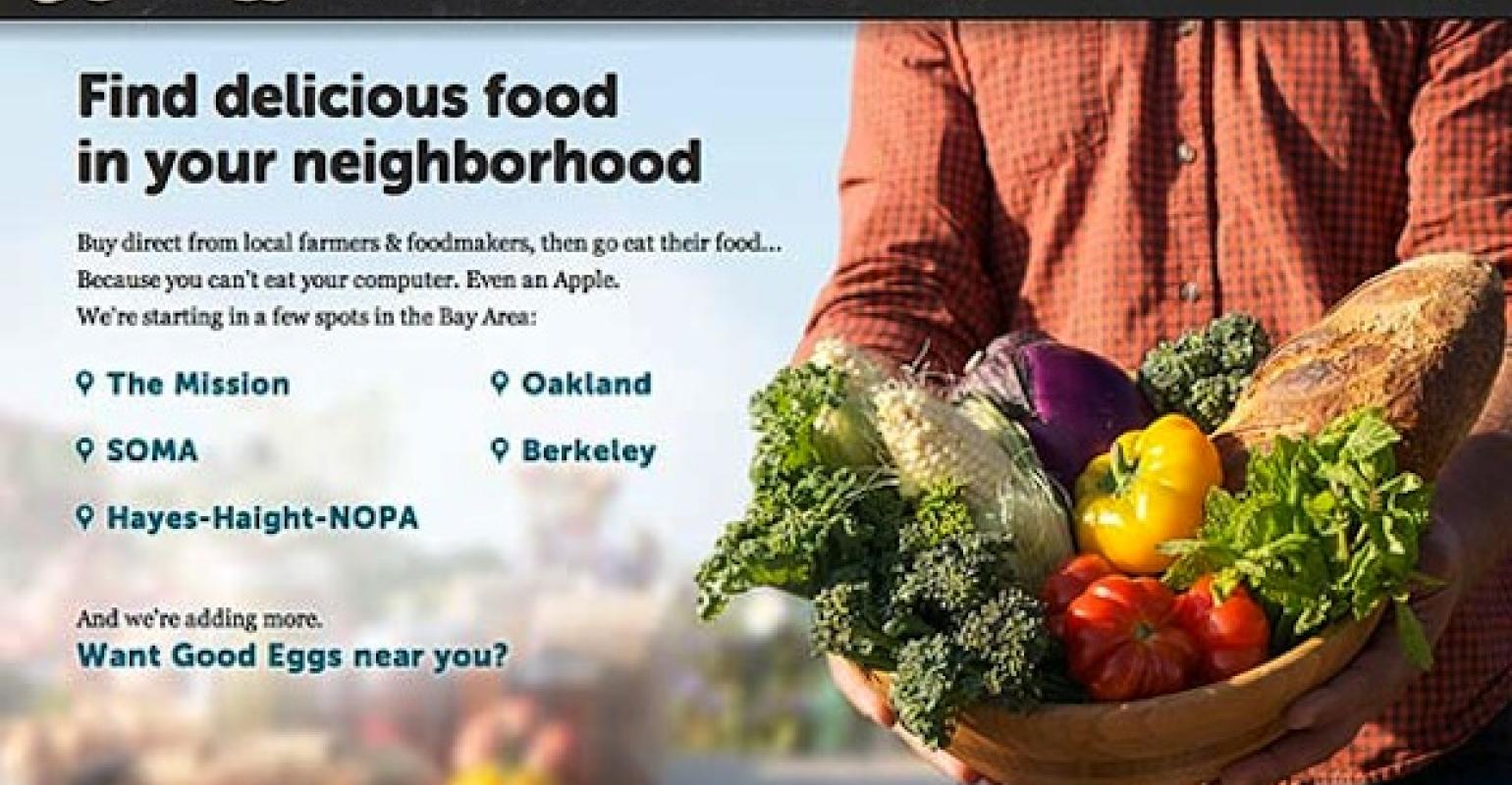 What&#39;s the result of a few specialists from Google applying their tech skills to local, sustainable food systems? A website that enables users to have a deep connection to their food.&nbsp;Organic Connections, the magazine for Natural Vitality, reports.

Did you ever have a neighbor who made the very best muffins? Or a friend who kept a kitchen garden bursting with the juiciest tomatoes in town?

Bay Area website goodeggs.com has adopted the idea of hyperlocal food sharing by allowing users to directly connect with the people who made and harvested their food.

“People are pretty receptive to this idea that there’s a massive change going on in America in the food system,” said Rob Spiro, cofounder of goodeggs.com, in an interview with Organic Connections. “It’s being decentralized rapidly.”

Visit the website and you see a variety of vendors selling jams, bread, pies, and even full meals. Many vendors personally deliver their goods, sometimes via bicycle.

Not a San Francisco dweller? Goodeggs.com plans to nationally expand. “The challenge in the coming weeks and months is to expand throughout the San Francisco Bay Area; right now we are in a few neighborhoods,” explains Spiro. “Then we want to be offering the food really broadly. We have picked several cities that we will expand to next: Brooklyn; Portland, Oregon; Los Angeles and Detroit. We’re starting to meet people in those communities now.”