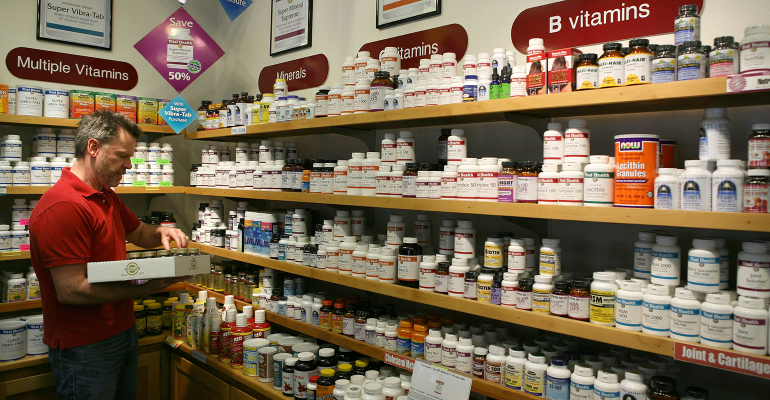 Who needs pharma drugs when natural nutrients can do the trick?

A recent Canadian meta-analysis concluded that multivitamins do not help improve the cardiovascular health of vitamin poppers.

Specifically, the review did find positive effects on preventing cardiovascular disease events—specifically, stroke and total cardiovascular disease events—with folic acid (aka, vitamin B9). It also found positive effects on stroke with a B-complex vitamin. And it found a non-significant though nevertheless positive trend toward benefit on both total cardiovascular disease events and all-cause deaths with multivitamins, vitamin D and vitamin C. The multivitamin brand used in the studies the researchers referenced was the Centrum brand—known to be a quality multi only insofar as it routinely passes tests demonstrating it meets label claim with nutrients, but also not known to be a high-end multi that you might find in your local health food store.

But the main conclusion of the study is that both antioxidants and niacin taken at pharmacological doses (1 to 3 grams/day) along with a statin drug were bad for all-cause deaths.

“Conclusive evidence,” the Canadian researchers concluded, “for the benefit of any supplement across all dietary backgrounds (including deficiency and sufficiency) was not demonstrated; therefore, any benefits seen must be balanced against possible risks.”

A couple caveats to note. For one, meta-analysis studies are not original studies. In a meta-analyses, researchers decide which previously published studies to include. That means the opportunity for bias is there.

Two, there was benefit seen with some vitamins, yet the headlines veered toward the negative.

Another caveat is found with another recent study that looked at statin drugs and multivitamins. Published in the American Heart Journal, the study looked at whether a high-quality multivitamin (6 tablets/day) had any effect on death rates among patients who had recently suffered a heart attack. The researchers discovered two things that took them totally by surprise.

One, patients who took that high-quality multi after a heart attack experienced a whopping 38 percent reduction in risk for death or other mortal cardiovascular events like stroke. Two, when patients taking the multivitamin were also given a statin drug—the standard of care in the American, pharma-first medical model—the positive effect of the multi was completely eradicated. Meaning multivitamins saved lives, but when taken with a statin drug, there was no benefit. Statins kill.

And when compared against placebo, the multivitamin produced a 54 percent risk reduction in non-mortal cardiovascular events like heart attack and stroke.

The questionable over-prescribing of statin drugs is supposed to lower cholesterol levels, yet weakens the heart, likely because statins deplete the body of coQ10. A recent Harvard study found just as many people on statins die with cholesterol levels below 200 mg/dL as above 200 (200 is the level above which statins are prescribed).

One thing I always look for in these types of studies is whether researchers say that the right thing to do for adequate health outcomes is to just eat a healthy diet and you can get all your nutrients there. Indeed, the researchers in the opening paragraph state as much, recommending instead of supplements that people consume one of three diets: a healthy American diet but low in saturated fat, trans fat and red meat and high in fruits and vegetables (which is an American diet only if you remove the emphasis on fruits and vegetables and ignore going low in saturated fats and trans fats and red meat); a Mediterranean diet; and a vegetarian diet.

“It's most beneficial to rely on a healthy diet to get your fill of vitamins and minerals," study researcher David Jenkins, M.D., Ph.D., said. "So far, no research on supplements has shown us anything better than healthy servings of less processed plant foods including vegetables, fruits and nuts."

This, of course, is not true. Nutrition science has shown us quite a bit to optimize our health at levels beyond what can be consumed with food. But more on that later.

First, though, as is always the case with these studies, especially when they are reported in the media, there is opportunity for the obvious follow-up question: How many people actually do eat a healthy diet? We have the answer. In 2012 the NPD Group found that Americans eat 70 percent of the daily recommended intake of grains, proteins, fruits and vegetables only 2—count ’em, 2—percent of the time. So, Americans just aren’t eating according to recommendations. That’s why a majority of Americans take multis—because they know there are nutrient gaps in their everyday American diets.

In the Physicians Health Study II, researchers studied multivitamin intake with physicians—among the most well-nourished demographic group in America, so they are not likely to quite suffer from nutrient gaps. And it found that vitamins were in fact good for preventing cancer for this group of well-nourished doctors.

There was a popular study in December 2013, with the accompanying editorial titled, “Enough is enough: Stop wasting money on vitamin and mineral supplements.” This study also found the same basic results. However, in that one they reviewed 27 studies. Sounds impressive. But only three of them were actually on multivitamins. And two of them were on a total of 27,658 subjects that found a lower cancer incidence in men taking a multivitamin for more than 10 years. (There was no difference seen in women, sorry.) Wait—what? Multivitamin consumption by men prevents cancer? Where was that in the headlines?

Both of these studies, however, were not on cardiovascular disease specifically, which was the focus on the Canadian study. I just thought I’d point that out, for the record, that multivitamins have been found to positively benefit human health.

So let’s go back to cardiovascular health specifically, and multivitamins in particular, and antioxidants specifically because antioxidants were fingered as being particularly pernicious to heart health in the Canadian study. The most notorious case of all was in August 2007 when CNN’s Sanjay Gupta interpreted an antioxidant study that purported to find no health benefit.

It was clear Gupta did not read the study. Gupta wrote, “That is why I was so interested in one of the largest studies looking specifically at the effect of three different antioxidants and heart disease in women. The researchers looked at almost 8,200 women who were at risk of heart disease and followed them for almost 10 years. The bottom line: While there was no harm from the antioxidants, there was no benefit as well.”

To live longer and prosper, one should adopt as many of the range of healthful lifestyle solutions as one can. For the vast majority, eating a nutrient-dense diet is too difficult and time consuming for their frenetic, stressed lifestyle. For the vast majority, going to a health club for two hours (including bike/jog time—don't tell me you're driving to the health club!) three times a week doesn't fit into their calendars. Meditation is boring/hard/a time suck. Glass of pinot noir every night brings on premature sleep. Eight glasses of water a day? Ha! So ... they take a multivitamin. It's something. Something healthful. Nobody ever said it would completely erase all the nutritional sins of modern life.

But the evidence shows, even in a study with a clear bias to find a negative result, that multivitamins actually do significantly improve a person’s cardiovascular health.