B12 more critical than previously believed 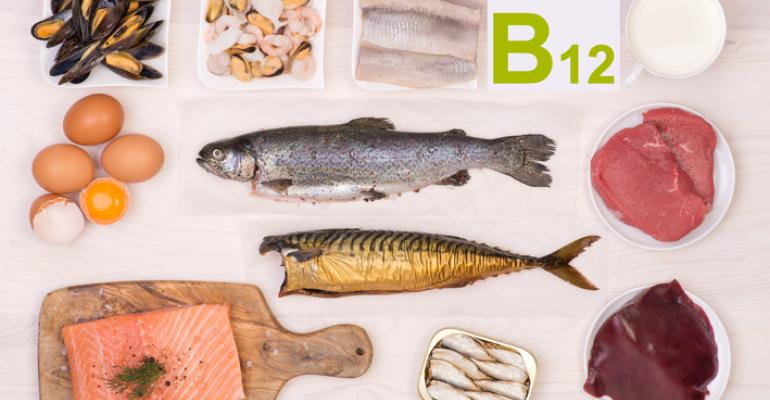 New research suggests that vitamin B12 is even more important to the life of microbes than scientists thought.

Remember when Pac-Man became super powerful after eating power pellets? That’s how vitamin B12 acts with microbes (without Inky, Blinky, Pinky and Clyde), according to new research that suggests the vitamin is far more influential than previously thought.

B12 is involved in the metabolism of every cell in the human body and has a key role in the functioning of the brain and nervous system and in the formation of blood.

Scientists at the Department of Energy’s Pacific Northwest National Laboratory have found more evidence that B12 yields great power in the microbial world. Their findings, published in the Proceedings of the National Academy of Sciences, support the idea that B12 helps shape microbial communities. Microbial communities are groups of microorganisms that share a common living space.

Researcher Aaron Wright and his team conducted their study from a sample of organisms taken from a microbial mat—a community of layers of microbes—from a lake in Washington state. Wright's team found that B12 interacts with 41 different proteins in the bacterium, and that it is central to the regulation of folate, ubiquinone, and methionine—substances crucial to the ability of microbial cells to create energy, build proteins, repair DNA and grow. They also discovered that the vitamin changes the instructions it sends to genes depending on whether it's day or night.

Their findings show that with this ability to empower bacteria, B12 has far more clout that previously thought, the researchers said in a Department of Energy release.

"B12 is very expensive for any organism to make," Wright says in the release. "It takes a lot of energy for a microbe to synthesize, since there are more than 30 biochemical steps required. That's a signal that the substance is highly valuable and carries out important functions."