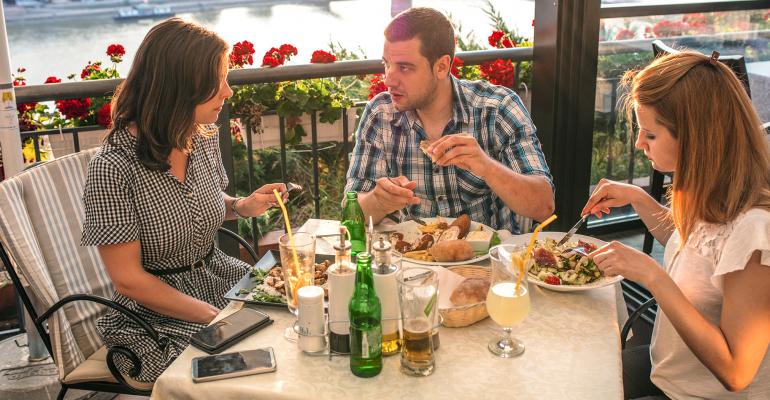 Study from Columbia Mailman School of Public Health finds significant contamination in pizza and pasta, and at dinnertime.

More than half of gluten-free pizza and pasta dishes in restaurants tested positive for the presence of gluten, according to a study recently published on the American Journal of Gastroenterology website.

In addition, researchers found that about one-third of supposedly gluten-free foods had detectable gluten—but that might be due to cross-contamination, said lead author Dr. Benjamin Lebwohl, who practices at the Celiac Disease Center at New York-Presbyterian Hospital and is an assistant professor of medicine and epidemiology at Columbia Mailman School of Public Health.

“The solution may be better education for food preparers,” he said in a prepared statement released by Columbia Mailman School.

Approximately 1% of Americans have celiac disease, an autoimmune disorder that causes bloating, constipation and pain in the small intestine, as well as other systemic issue. The main treatment for the disorder is to avoid foods that contain gluten, such as cereals, breads and pasta.

“Patients have long suspected that gluten contamination in restaurant foods is a frequent occurrence, and these results support that,” Lebwohl said. “Our findings suggest that pizza, pasta and foods served at dinner were more likely to have a problem.”

The data was crowd-sourced, as users of the portable Nima Gluten Sensor uploaded the results from tested restaurant foods throughout the United States. The device’s manufacturer supplied for study 5,624 food tests taken by 804 users over 18 months.

“The crowd-sourced nature of these data provides an unprecedented view of restaurant testing of food throughout the United States,” the study’s authors wrote. “As such, this is the largest study to date on gluten contamination of restaurant foods. … It reveals that a significant percentage of GF labeled restaurant foods contain detectable levels of gluten.”

The research showed 32 percent of tests revealed detectable gluten in dishes that were supposed to be gluten-free. The results varied by the type of food tested:

However, Lebwohl noted the data has its limitations, including the sensitivity of the device. To be labeled gluten-free in the U.S., a product must contain less than 20 parts per million.

“The device can detect levels as low as 5 to 10 ppm, which most do not consider clinically significant, so a ‘gluten found’ result does not necessarily mean ‘unsafe for celiac disease.’ The device also does not detect certain forms of gluten, such as fermented gluten. So both false positives and false negatives will affect this estimate,” Lebwohl said in the statement.

In addition, it’s possible the device users didn’t report all of their findings. “Users may have uploaded results that surprised them the most,” Lebwohl said.

“It is fair to conclude that less-expensive restaurants and chain restaurants do not [fare] worse than their more expensive and independent counterparts regarding gluten contamination,” the authors wrote. (The wrong fair was used in the published study.)

A geographic analysis found that the gluten-free label seemingly was more accurate in the West, where 30.2% of gluten-free-labeled food contained gluten. In the South, 32.2% did; and in the Midwest and Northeast, 34.5% contained gluten. The authors speculated that because people in the West generally at more produce and live healthier lifestyles—and have the highest ration of non-celiac gluten sensitivity—diners and restaurant staff might be more aware of gluten issues and cross-contamination.

Results were received from all 50 states. Of all the tests submitted, 45.8% came from western states, while 17.4% came from northeastern states.

Special supplements for special diets
May 19, 2017