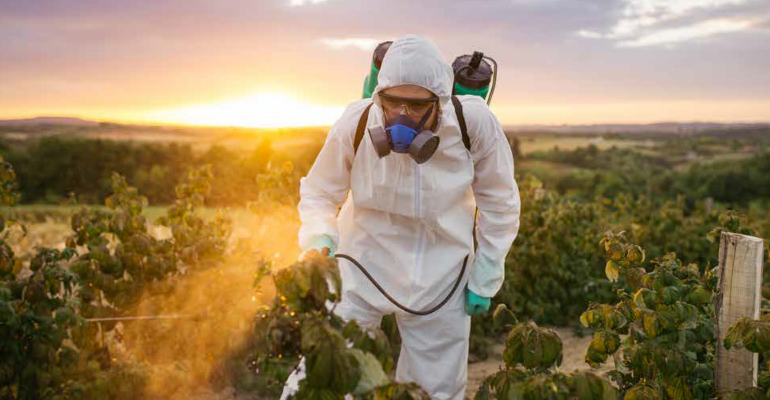 Millions of farmworkers across the country are at greater risk for adverse health impacts from exposure to agricultural pesticides and other chemicals, according to a report released today from The Organic Center.

Clean, healthy food and a clean, healthy environment are critical concerns and the core principles of the organic movement. However, the sustained use of chemicals in conventional agriculture has widespread and negative unintended consequences on the health of the country’s farm workforce.

With funding from the UNFI Foundation, The Organic Center report, “Organic Agriculture: Reducing occupational pesticide exposure in farmers and farmworkers,” synthesizes 129 research studies from around the world that looked at the impacts of toxic, synthetic pesticides on the health of farmworkers and farm communities; examined the science supporting the efficacy of chemical-free pest control; and demonstrated how organic-certified production can substantially benefit agricultural workers.

The Environmental Protection Agency estimates that agricultural workers and others who handle pesticides suffer between 1,800 and 3,000 preventable exposures each year. While exposure can result in immediate symptoms such as skin irritation or respiratory distress, long-term effects are harder to detect. A large body of research documents the health risks associated with both short- and long-term exposure to pesticides: cancer, neurodegenerative disorders and poor reproductive health.

“The health and safety of those who produce our food should be a concern for all of us, and consumers can take action to support healthy farming communities by choosing food grown organically,” said Jessica Shade, director of science programs for The Organic Center. “We hope this report sheds light on this critical issue.”

The Organic Center study looks at how adult farmers and farmworkers are exposed to pesticides, the negative health consequences of those exposures, and pest management practices to reduce the need for pesticides.

Growing awareness of how the sustained use of agricultural chemicals affects our health and our environment is evident in consumers’ reasons for shopping organic. Recently, a California jury award nearly $300 million to a school district groundskeeper, finding that his regular exposure to glyphosate through the use of Monsanto’s Roundup herbicide caused his lymphoma.

More than 1.1 billion pounds of agricultural chemicals are used annually in the United States, and pesticide exposures on conventional farms cause thousands of illnesses every year. Even employing the best management practices while handling and applying pesticides, farmers and farmworkers are still at risk. The adoption of organic techniques that avoid the use of toxic, synthetic pesticides provides the surest safeguard against chemical-related occupational health problems.

Almost 1,400 pesticides with more than 900 active ingredients are registered with the Environmental Protection Agency (EPA) and approved for use in the United States. Organic farmers are required by law to follow strict standards set forth by the National Organic Production Act that include implementing cultural methods to control pests before any substance may be applied.  Organic farmers’ most common cultural practices include crop rotations, intercropping, the use of buffers and hedgerows, and the promotion of soil health to balance the farm ecosystem.

When these practices are ineffective, organic farmers are allowed to use naturally occurring pest control products and about 25 synthetic materials—deemed to pose little threat to humans and the environment—that have been approved by the National Organic Standards Board. The board reviews these substances every five years to assess any new risk to humans and the environment, and to protect the population most vulnerable to the adverse health effects of pesticide exposure.

By definition, pesticides are toxic to living organisms, so it is not surprising they can also be toxic to the environment and humans. While the adverse effects of pesticides on beneficial insect predators, song birds, pollinators and native plants are well documented, the unintended effects of pesticides on humans are perhaps the most concerning. Farmers and farmworkers—who are exposed to higher doses of pesticides more frequently than the general public and often exposed to more-toxic pesticides restricted from use by the general public—face the greatest risk to the serious consequences of exposure.

“Practices used by organic producers to support robust agro-ecosystems to naturally combat pests can reduce chemical inputs in any farm setting,” Shade said. “By shifting to more sustainable farming systems that rely on balanced ecosystems as a first line of defense against pests, we can ensure sustainable food security and healthy farm communities into the future.”