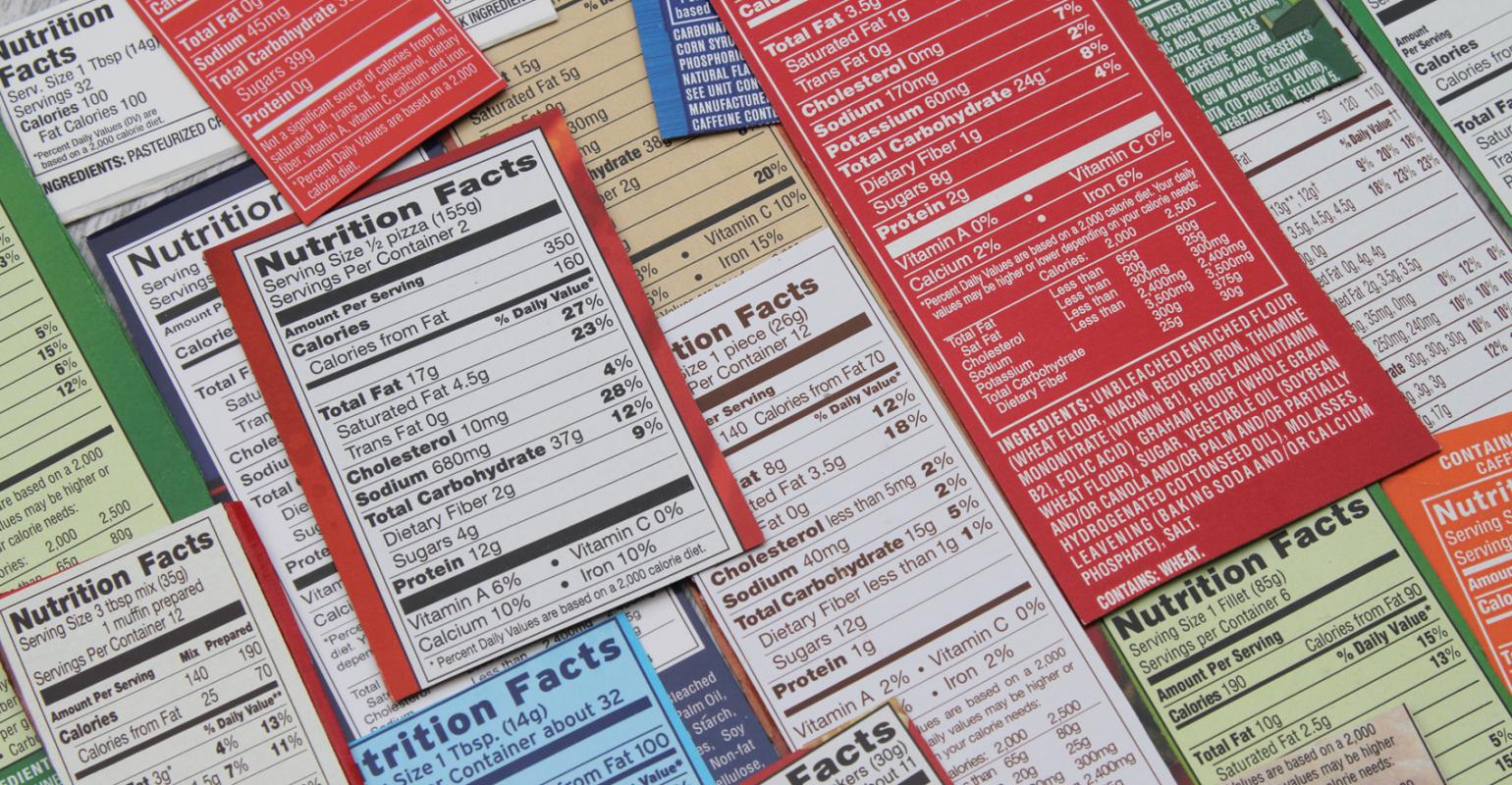 Food labels are ubiquitous in today’s supermarkets and natural food stores. But what effect do they have when consumers are deciding what to eat?

A trip to the grocery store seems to require more reading than ever these days: nutrition Facts panels on the back; low-sodium, low-fat, fat-free, dairy-free, no added sugar and more on the front. But even as food producers adapt the “more is more” attitude toward cluttered packaging, little evidence exists to show if consumers improve their eating habits because of food labels.

Summary: An analysis of studies that looked at how labeling on food packaging, point-of-sale materials and restaurant menus prompted consumers to eat fewer calories and fat; reduce their choice of other unhealthy food option; and eat more vegetables.

The study also found that labels prompted food producers to lower the amounts of trans fat and sodium in their offerings.

Labels did not seem to alter consumption of carbohydrates, protein, saturated fat, fruits or whole grains.

Alternately, they did not increase consumption of healthy options such as salads, soups, low-fat dairy, lean meat, fish and seafood, and more. However, consumers opted to eat 13.5 percent more vegetables because of food labels.

In addition, labeling has inspired food companies to reduce the amount of sodium by 8.9 percent and trans fat by 64.3 percent in their products.

Study conclusions: Food labels are an effective way to reduce consumers’ consumption of calories and fat, as well as increase their intake of vegetables.

Labeling also prompted manufacturers to reduce the amounts of sodium and trans fat in their products, but manufacturers did not significantly change the amount of calories, saturated fats, dietary fiber or the other healthy and unhealthy food options mentioned above.

Evidence regarding the effectiveness of food labels has been sparse, and some meta-analyses have reported inconsistent findings. This work analyzed more studies, a larger variety of labeling and industry as well as consumer responses. Consequently, this study is able to confirm the effects of labeling on specific dietary options.

However, this study calls for more investigation of other dietary targets or to determine if the labels target certain dietary outcomes. In addition, the study’s authors suggest researching the relationship between food labels and the risk of disease such as cardiometabolic syndrome.

As more countries require the labeling of added sugars in foods, other researchers will have to evaluate if the industry reduces the amount of sugar it adds to food.

Points to consider: The data in this study can easily be applied to the general population because many of the studies were “natural experiments,” not randomized studies. Newer studies regarding this topic were not included in this meta-analysis, as the researchers stopped looking for studies in 2015.

A more recent study—“A systematic review, and meta-analyses, of the impact of health-related claims on dietary choices,” published in the International Journal of Behavioral Nutrition and Physical Activity in 2017—looked at the results of 31 papers that measured whether consumers were more likely to choose a product with a health claim on the label. Twenty of those studies found that health claims increase the purchasing and/or consumption of such products. The authors of this study caution that more research in real-world settings is needed.

The FDA also specifies when foods can make claims regarding sodium, fat, cholesterol and more.

How it was done: Researchers looked at 60 studies that included a total of 2 million observations in 11 countries to determine if food labels change consumer behavior. Labels included the Nutrition Facts panel, calorie information on menus, graphics such as “traffic lights”, logos and nutrition or health claims.

The study did not include labels that included only ingredient information, allergen or safety warnings or marketing pieces.

The problem with low-fat, low-sugar and low-salt claims

How not to drive dietitians (gluten-free) bananas with health claims