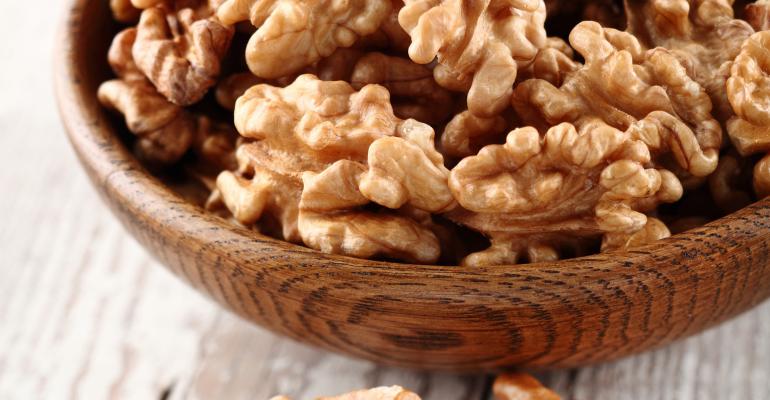 A new study in millennials shows that a PUFA-rich diet may improve levels of certain hormones with importance for weight control.

Researchers have added a new development to our constantly-evolving understanding of what foods are and aren’t healthy to eat, what they do and how. Olive oil has long been praised for its healthy fat content, as have omega fatty acids for their brain and heart health benefits, but a recent study suggests that foods high in polyunsaturated fats (PUFAs)—such as walnuts, salmon and canola oil—can help the body keep appetite in check by helping regulate hormones that signal the body to feel full or eat more. The researchers found changes in hormone levels that could have implications for reaching optimal body weight.

The study focused on millennials—ages 18 to 35—and asked them to describe their hunger levels in addition to measuring hormone changes. Participants who regularly consumed high-PUFA foods showed a significant decrease in the hormone called ghrelin, which increases hunger, and an increase in the hormone peptide YY, which increases satiety. What’s more, the peptide YY increases were seen both while participants were fasting and once they’d finished a meal, indicating better appetite control.

Researchers focused just on PUFAs and so couldn’t comment on how their effects on hormones compare to those of other fats such as the monounsaturated fat found in olive oil. “What we can say is that this PUFA-rich diet improved both fasting and post-meal appetite hormones which could have some importance for weight control,” said lead researcher, Jamie A. Cooper, PhD of the University of Georgia.

The PUFA-rich diet that participants ate consisted of whole foods including walnuts, Alaska salmon, tuna, flaxseed oil, grapeseed oil, canola oil and fish oil supplements. The researchers say more research is needed to determine if the benefits are a result of the PUFAs themselves or perhaps instead attributable to a particular food source or sources or other factors, as well as to determine the optimal intake of PUFAs to offer the maximum health benefit. What’s clear, though, is the potential for PUFAs to play a role in appetite control using the body’s own natural mechanisms.

“Appetite hormones play an important role in regulating how much we eat,” Cooper said in a press release for the study, which was published in the journal Nutrition in June. “These findings tell us that eating foods rich in PUFAs, like those found in walnuts, may favorably change appetite hormones so that we can feel fuller for longer.”

Paid Content
Growing your millennial basket size: Why the supplement aisle is working against you
Jun 07, 2017
Pre-workout PUFAs may prevent pain
Aug 18, 2015