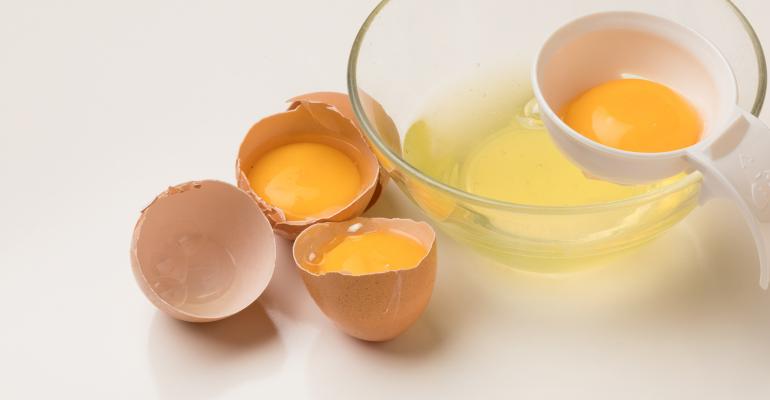 Adults who ate more eggs and dietary cholesterol had a significantly higher risk of cardiovascular disease and death, a Northwestern University study found.

For decades, research has waffled on whether eggs and other sources of dietary cholesterol increase a person’s chances of suffering cardiovascular disease or death. Even the dietary guidelines, which are set by the U.S. Department of Health and Human Services and the Department of Agriculture, no longer include a daily cholesterol limit. But a recommendation might need to be reinstated.

Summary: The average American adult needs to eat fewer eggs and other sources of dietary cholesterol to reduce the risk of cardiovascular disease, stroke and heart failure; death from heart disease, stroke and heart failure; and premature death from all causes, according to a long-term study from Northwestern University. Eggs are the second-most common source of dietary cholesterol.

This analysis looked at six cohorts of the Lifetime Risk Pooling Project, a broad project that included 20 studies looking at the development of cardiovascular disease and the long-term risks associated with developing it. The data from those studies, which included 29,615 participants, were collected from March 1985 through August 2016. The disease results were analyzed at an average of 17.5 years.

In a JAMA editorial also published March 19, Dr. Robert Eckel wrote, “Compared with the meta-analyses and reviews previously published, this report is far more comprehensive, with enough data to make a strong statement that eggs and overall dietary cholesterol intake remain important in affecting the risk of [cardiovascular disease] and more so the risk of all-cause morality.” Eckel is a professor of medicine at University of Colorado Hospital in Aurora, Colorado, and holds an endowed chair in atherosclerosis.

The findings: The daily mean dietary cholesterol consumption in the U.S. was 293 milligrams in 2013-14, according to the National Health and Examination Surveys. A large egg that weighs about 50 grams contains about 186 milligrams of cholesterol. The mean daily egg consumption was 25.5 grams (about half an egg), or three or four eggs a week.

Overall, the risk of death from cardiovascular disease, heart failure or stroke increases 22 percent with egg and dietary cholesterol consumption, the study found.

Accounting for consumption of fats, tobacco use, physical activity and other behaviors did not change the association between cholesterol or eggs and cardiovascular disease.

“Our study showed if two people had exact same diet and the only difference in diet was eggs, then you could directly measure the effect of the egg consumption on heart disease,” said Norrina Allen, one of the study’s co-authors and an associate professor of preventive medicine in the division of epidemiology, in a released statement. “We found cholesterol, regardless of the source, was associated with an increased risk of heart disease.”

Listen to an episode of the Breakthroughs podcast discussing these findings:

In an interview with the website Inverse, Allen said that 3.12 percent of participants developed heart disease during the study. (No one with pre-existing heart disease was chosen to be part of the study.)

Dietary cholesterol, including eggs, also affect the incidence of cardiovascular disease and death in subjects who followed highly rated, popular diets such as the Mediterranean or DASH (Dietary Approaches to Stop Hypertension) diets. The study authors noted, however, that this should not discourage anyone who is starting or already following healthy diets.

Study conclusions: American adults who consumed more dietary cholesterol or eggs had a significantly higher risk of cardiovascular disease, death from stroke or heart-related problems, or death from any cause.

“The take-home message is really about cholesterol, which happens to be high in eggs and specifically yolks,” Allen said. “As part of a healthy diet, people need to consume lower amounts of cholesterol. People who consume less cholesterol have a lower risk of heart disease.”

Why the research is interesting: Previous research and meta-analyses have not proven a connection between dietary cholesterol consumption and the risk of cardiovascular disease; some studies even found that no link existed. However, those studies were smaller and less thorough. The authors, in their conclusion, call for these results to be considered when the federal agencies next revise the country’s dietary guidelines.

“Overall, the strength of these relationships is modest, but higher consumption of cholesterol or eggs was associated with a monotonic increase in [cardiovascular disease] incidence and all-cause morality. At the population level, this is an important finding,” Eckel wrote in his editorial. “Considering the negative consequences of egg consumption and dietary cholesterol in the setting of heart-healthy dietary patterns, the importance of following evidence-based dietary recommendations, such as limiting intake of cholesterol-rich foods, should not be dismissed.”

What was measured: When researchers followed up with the participants, they measured the incidence of non-fatal and fatal coronary heart disease, stroke and other cardiovascular-related deaths, as well as all causes of death. The findings were adjusted for demographic, socioeconomic and behavioral factors. The mean time of the follow-up data used in this study was 17.5 years after the participants joined their respective cohorts of the Lifetime Risk Pooling Project.

At the 17.5-year median follow-up mark, participants had experienced a total of 5,400 cardiovascular events:

In addition, 6,132 participants died from all causes.

Researchers pile on the evidence: Eat your greens (and blues)