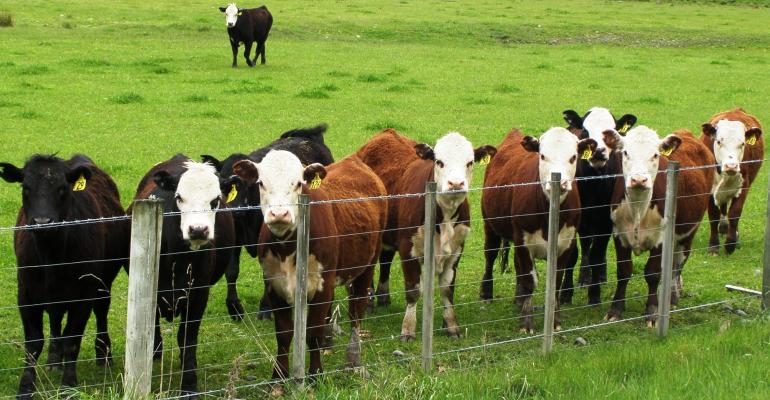 Researchers found gaps in consumers’ knowledge, but a willingness to change when they are informed.

In the natural products industry, it might be fairly common knowledge that agriculture is a big contributor to climate change. But a new study published in the journal Nature Climate Change found that most people greatly underestimate the volume of greenhouse gases that come from food production.

There is good news, however: When consumers learn the truth, they change their food choices to reduce their carbon footprint.

Related: How to fight climate change at natural retail

Rick Larrick, a professor of management and organizations at Duke’s Fuqua School of Business, said that even slight changes by consumers can make a big difference in greenhouse-gas emissions. Larrick was one of the study’s authors. The study noted that the average weekly diet of an Australian family could produce 30 percent less food-related emissions if the family ate duck instead of beef and chose different species of fish to eat.

“Beef is the SUV of food,” Larrick said. “Food is one of those areas where we can make a difference, it’s just not as obvious to people.”

Researchers from the University of Technology Sydney in New South Wales, Australia, and Duke University in Durham, North Carolina, asked more than 1,000 people to compare the amount of energy used and the greenhouse gases created by a 100-watt incandescent lightbulb with one serving of 19 different foods and using for one hour 18 different appliances.

Although consumers underestimated the energy use of the appliances, their estimates regarding food were more widely off-base. The researchers noted the people underestimate the energy consumed and the volume of greenhouse gases emitted in the production, storage and transport of food.

Between 19 percent and 29 percent of greenhouse-gas emissions are a result of food production. As lamb and beef generate the greatest amount of emissions, changing diets to eat more fruits and vegetables could have a positive effect on climate change, according to the study. A 2013 study published in Energy Policy found that even consuming more chicken and less beef would benefit the environment.

“With an appliance such as a heater, you can feel the energy used and see an electricity bill at the end of the month, so the impact is quite salient, whereas the impact of food production is largely invisible,” said lead author Adrian Camilleri, who holds a doctorate in cognitive psychology and completed postdoctoral training in marketing and organizational behavior at Duke University’s Fuqua School of Business.

“If you ask people to guess the difference between items such as beef and vegetable soup on the environment, they assume there is not much difference, but beef soup creates more than 10 times the amount of greenhouse gases than vegetable soup,” Camilleri said in a released statement.

Informing consumers about greenhouse-gas emissions in a way they can understand leads them to change their eating habits.

“It may be that a carbon label serves as a decision signpost: reminding consumers of their values and then directing them to options most consistent with those values,” the authors wrote in the study. They cautioned, however, that this observation requires more study, as consumer behavior is influenced by many factors including political affiliation and how much consumers trust scientists.