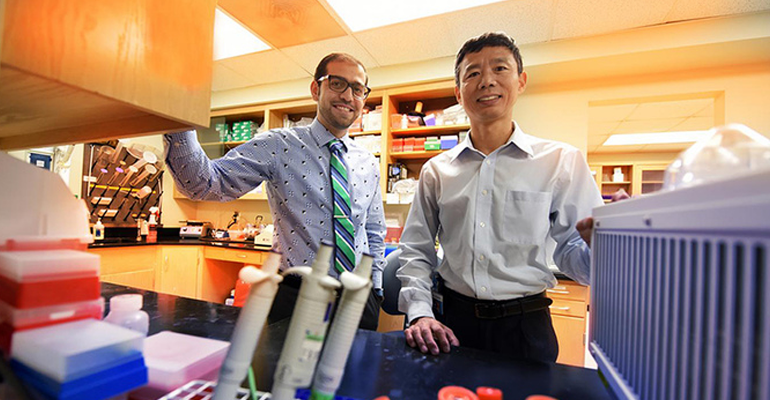 Something as simple as taking high doses of vitamin D could reduce arterial stiffness in populations at high risk of heart disease and cardiac-related death, according to a study out of Augusta University.

Study findings: Participants who received 4,000 IUs of vitamin D per day saw their arterial stiffness decrease 10.4 percent in the four months of a recent study. These participants’ blood levels of vitamin D increased the quickest—reaching a healthy level in eight weeks—but then plateaued.

The study: Anas Raed, PhD, and Yanbin Dong,PhD, looked at arterial stiffness and vitamin D levels in 70 black people age 13 through 45 before and after a 16-week double-blind study in which some participants took placebos, while others took 600 IUs, 2,000 IUs or 4,000 IUs per day in a monthly dose to ensure compliance.

Arterial stiffness was measured from the carotid artery in the neck to the femoral artery using non-invasive pulse wave velocity.

Why the research is interesting:

Current RDAs: For adults 19-70 years old, the National Institute of Health recommends a daily supplement of 600 IUs. For those older than 70, the RDA is 800 IUs. The upper limit of daily supplementation is 4,000 IUs for anyone 9 or older.