Women who might become pregnant should take folic acid 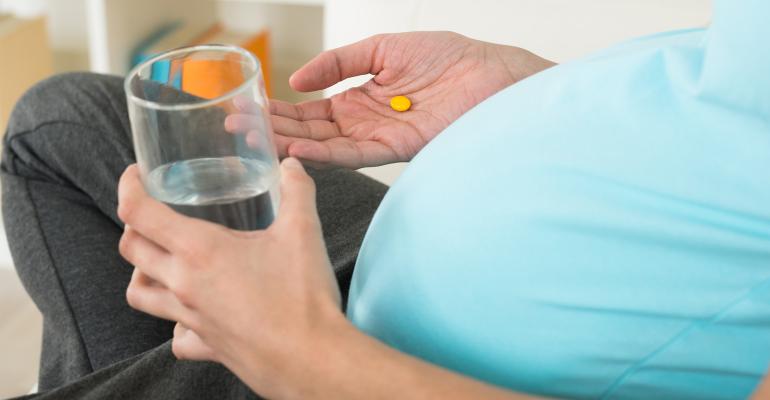 The U.S. Preventive Services Task Force updated their 2009 recommendation that women who might become pregnant should take folic acid to fight birth defects.

Women who may become pregnant should take a daily dose of folic acid to reduce their risk of having a pregnancy affected by birth defects, according to an updated government recommendation. After further research, the U.S. Preventive Services Task Force (USPSTF) has published an update to its 2009 recommendation that continues to suggest women take a daily dose of folic acid to defend against neural tube defects. Neural tube defects are defects of the brain, spine or spinal chord. A baby’s spinal chord starts out as a tiny, flat ribbon that turns into a tube by the end of the first month of pregnancy.

The USPSTF recommendation calls for all women who are planning a pregnancy or are capable of becoming pregnant to supplement with 0.4 to 0.8 mg of folic acid.

The Council on Responsible Nutrition applauded the recommendation. “We hope that this recommendation, which is supported by reputable institutions, such as the American College of Obstetricians and Gynecologists, the American Academy of Family Physicians, and the American Academy of Pediatrics, is taken under serious consideration and adhered to for the health and well-being of our nation’s future generations,” Duffy MacKay, ND, the organization’s senior vice president, scientific & regulatory affairs, CRN, said in a release.

The next logical step, he said, is to include multivitamins with folic acid within all government nutrition programs, including Supplemental Nutrition Assistance Programs (SNAP). This will ensure that reproductive-age women looking to the government for nutritional assistance will have access to the protective effects of folic acid during pregnancy. Low-income mothers should have the choice to use their SNAP benefits to purchase a multivitamin with folic acid, Duffy said.