Could 'beer' bacteria keep us healthy too? 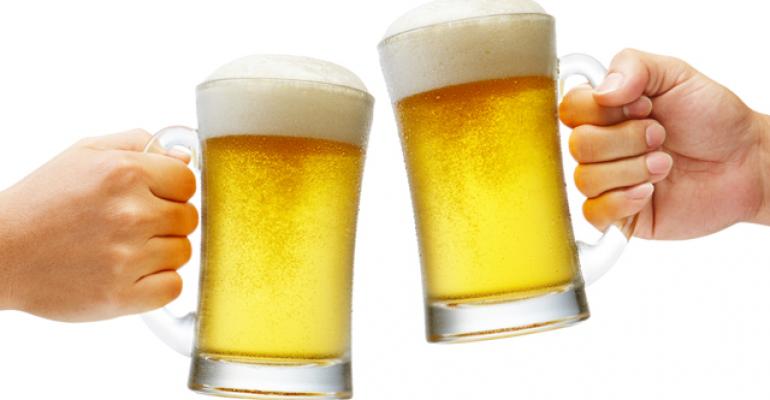 Gut bacteria that help digest the yeast in beer and bread could help fight off yeast infections and autoimmune conditions, according to mouse research.

Bacteria that have evolved to help us digest the yeast that give beer and bread their bubbles could support the development of new treatments to help people fight off yeast infections and autoimmune diseases such as Crohn’s disease, researchers report.

The study shows how microbes in our digestive tract have learned to unravel the difficult to break down complex carbohydrates that make up the yeast cell wall. It’s published by scientists from Newcastle University in the United Kingdom and the University of Michigan Medical School.

Evolving over the 7,000 years that we have been eating fermented food and drink, the ability of a common gut bacterium called Bacteroides thetaiotomicron to degrade yeasts is almost exclusively found in the human gut.

Publishing their findings in the Jan. 8 issue of Nature, the international research team says the discovery of this process could accelerate the development of prebiotic medicines to help people suffering from bowel problems and autoimmune diseases.

The study, led by Harry Gilbert, Ph.D., professor of biochemistry at Newcastle University; Eric Martens, Ph.D., of the University of Michigan’s Department of Microbiology and Immunology, and Wade Abbott, Ph.D., research scientist at Agriculture and Agri-Food Canada, has identified the complex machinery that targets yeast carbohydrates.

The new findings provide a better understanding of how our unique intestinal soup of bacteria—termed the microbiome—has the capacity to obtain nutrients from our highly varied diet.

Their findings suggest yeast has health benefits possibly by increasing the Bacteroides growth in the microbiome.

Involving an international team of scientists from the United Kingdom, Australia, Canada, United States and Belgium, the research has unraveled the mechanism by which B. thetaiotaomicron has learned to feast upon difficult to break down complex carbohydrates called yeast mannans.

Mannans, derived from the yeast cell wall, are a component in our diet from fermented foods including bread, beer, wine and soy sauce, as well as yeasts that call the microbiome home and are in some cases thought to be harmful.

“One of the big surprises in this study was that B. thetaiotaomicron is so specifically tuned to recognize the complex carbohydrates present in yeasts, such as those present in beer, wine and bread,” says Martens, assistant professor in the U-M Medical School’s Department of Microbiology and Immunology.

Researchers believed this mechanism emanated from the ability of common gut bacteria to recycle chemically similar carbohydrates present on intestinal cells, which are constantly being shed and renewed to keep the intestinal lining healthy.

“However, these bacteria turned out to be smarter than we thought: they recognize and degrade both groups of carbohydrates, but have entirely separate strategies to do so despite the substantial chemical similarity between the host and yeast carbohydrates,” Martens says. “Even the relatively small amounts of yeast that we commonly consume in foods are enough to impact the physiology of our friendly gut bacteria.”

The U-M team tested this idea by feeding mice studied at U-M laboratories a diet consisting of 50 percent yeast leavened bread baked at the nationally known Zingerman’s Bakehouse in Ann Arbor. Bakehouse bread crumbs were used to create a customized mouse food.  By working with an artisanal bakery, researchers were able to confirm the quantity of yeast consumed.

“People are very interested in developing dietary regimes where good bacteria are of benefit,” says Gilbert, senior study author. “When you have certain bacteria dominant in the gut these microorganisms can produce molecules which have health-promoting effects.

“The more you understand about how complex glycans are degraded the more you can think about developing sophisticated prebiotics that target the growth of specific beneficial bacteria,” he says.

It is hoped the research could aid a better understanding of how to provide nutrients to specific organisms in the microbiome.