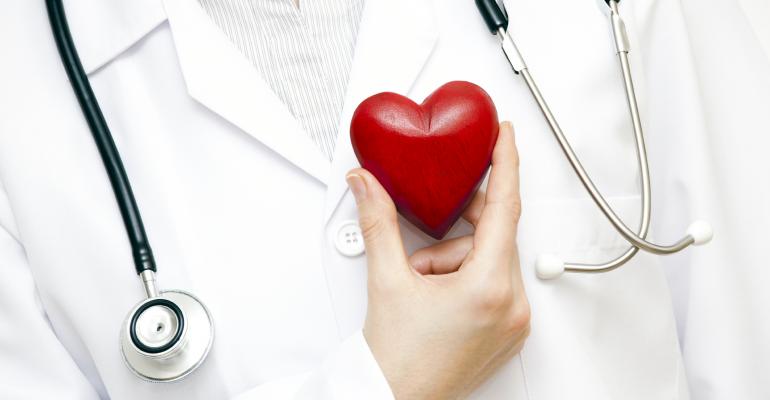 Headlines say yes. Actual study … not so much.

The cause celebre was a study published in the New England Journal of Medicine on April 2, the so-called Hope-3 trial. More statin drugs save lives was its premise.

The idea behind this study was in studying a “polypill”—a medicine that would combine more than two drugs into one. In this case, the test used a lower dose than traditionally used for both the statin drug and two anti-hypertensive drugs. The goal of the study was to use lower levels of drugs on healthier individuals in order to see if a broader range of people could be candidates for pharmaceuticals —and at lower levels, which could obviate some of the more notorious side effects of statins.

The major complaint of statin users is muscle pain, and this is suspected to be due to statins’ side effect of depleting the body of naturally occurring coenzyme-Q10 levels (a top-selling natural supplement ingredient).

Because CoQ10 accumulates in cellular mitochondria—the power plant of cells—it also is at high levels in muscles. And the biggest muscle in the body is the heart. (For some people, it may be the gluteus maximus.) Hence the muscle pain in those taking statins, due to lowered levels of coQ10.

Indeed, Health Canada (the FDA of our friends to the north) requires statin drug packages to include a black box warning recommending that statins be taken in conjunction with coQ10. What basically happens is people on statins and not coQ10 end up dying of heart attacks—but with great cholesterol profiles.

In a 2007 Lancet paper, a Harvard physician described how no studies have shown cholesterol-lowering statin drugs to be effective for women at any age, nor for men 69 or older who do not already have heart disease or diabetes. Indeed, studies show that between 45 percent and 60 percent of patients hospitalized for a heart attack have a “normal level” of cholesterol.

There have been suggestions that drug companies have known about the coQ10/statin connection but haven’t done anything about it over fear of class-action lawsuits, because there’s a penalty to be paid in America if a company knows its products could cause harm, and including coQ10 with statins would be an admission that they knew about the coQ10 depletion problem. The other problem has to do with ingredient pricing, and coQ10 is not an inexpensive ingredient, so including that into the drug would throw profit margins all akimbo.

In addition, statin drugs also inhibit vitamin K2 - the latest blockbuster nutrient that's good for bone and (you guessed it) heart health. According to a 2015 study, researchers concluded that statins are "mitochondrial toxins that impair muscle function in the heart and blood vessels through the depletion of coenzyme Q10" and also "inhibit the synthesis of vitamin K2 ... which in turn protects arteries from calcification."

What the study really says

Of note, the Hope-3 researchers reported that “the blood-pressure-lowering component of the trial showed no significant benefit of antihypertensive therapy in reducing the risk of cardiovascular events.” They also noted that no prior clinical trials have shown efficacy with the blood-pressure pills at such low doses.

The researchers also chose subjects who were at a lower risk of cardiovascular disease than those normally enrolled in studies – that’s because effects are generally more pronounced the worse off patients are to start. And indeed, the study showed that while overall there was no benefit of the blood-pressure pills, a subgroup of patients who were in the upper third of systolic blood-pressure levels (<140mm/Hg) did indeed experience a significant 27 percent lower risk of cardio events.

Finally, the researchers concluded, “These results do not exclude the possibility that more effective therapy for blood-pressure lowering might be beneficial in a relatively low-risk, older population.”

And that’s because we already know what works. The DASH Diet stands for Dietary Approaches to Stop Hypertension. It was developed to fight high blood pressure, weight loss, lowering cholesterol and managing or preventing diabetes. It features a lot of fruits and vegetables and low-fat or nonfat dairy, emphasizes whole grains, lean meats, fish, poultry, nuts and beans, and is low in sodium. It’s sort of the American version of the Mediterranean diet. Which is more than these drugs can say.

The best that could be said is that the non-significant effects (read: a trend but nothing to write home about) mirror an effect seen in a previously conducted meta-analysis showing that a reduction of 1mmol per liter of LDL cholesterol is associated with a 25 percent lower risk of cardiovascular events. Only, this study did not find such a clear reduction of cardio events. At all. In fact, it found “no effect” in the first coprimary outcome (cardio deaths, nonfatal heart attack or stroke), second coprimary outcome (heart attacks with resuscitation), total mortality, new cases of diabetes, or total cardio events.

And that, no doubt, was the intent of the AstraZeneca-led study—it doesn’t matter if it works or not, or if diet would be just as effective and without the side effects (the study noted risks in lowering blood pressure too much too fast), just that getting more statins to more middle-age people is the thing to do.

Perhaps there's a better alternative: Pour olive oil on your spinach salad, and wash down a gelcap of coQ10 and fish oil with some pinot noir red wine.