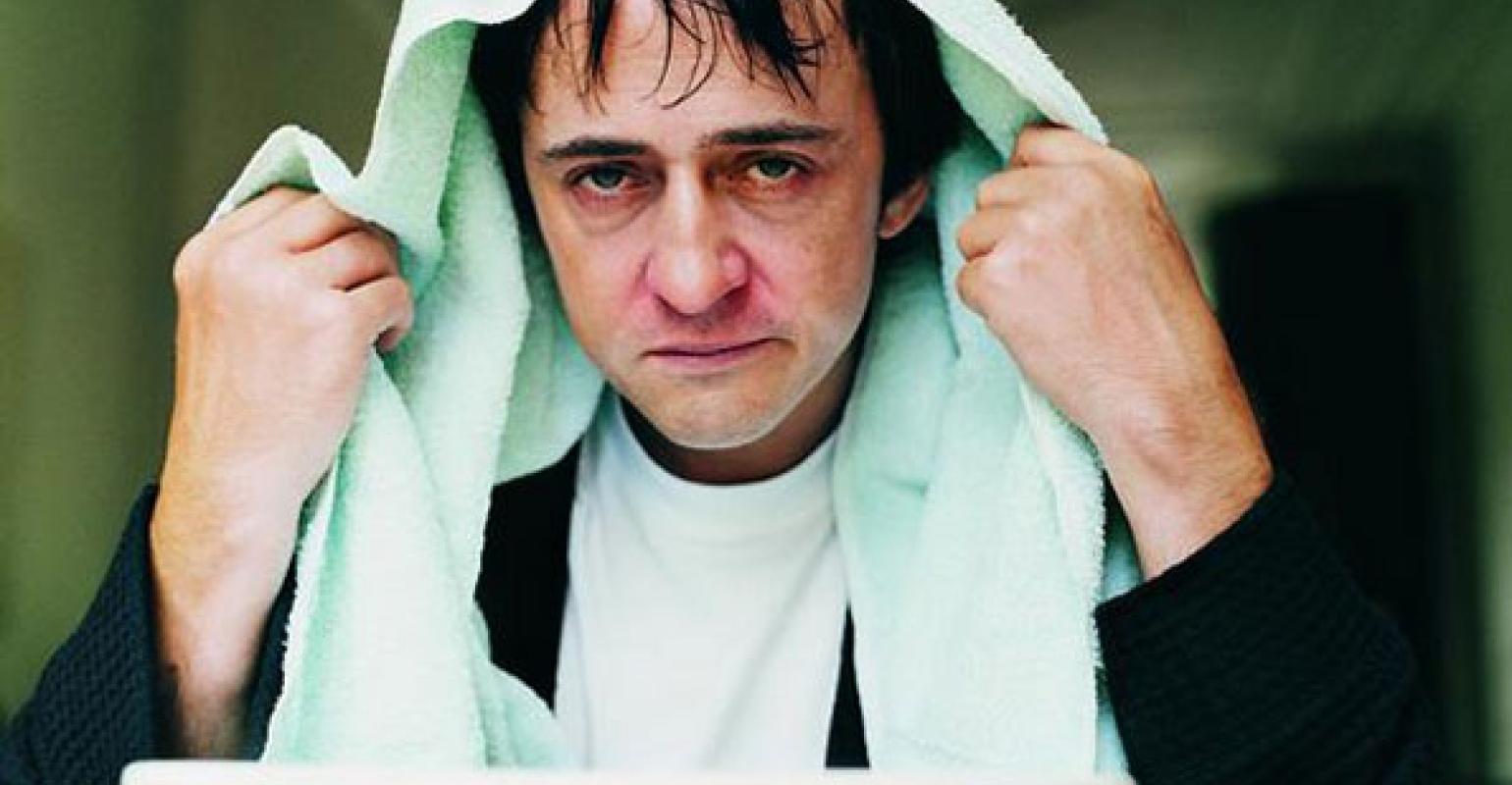 U.S. sicker than rest of developed world—nutrition industry speaks out

Despite paying more per year on healthcare, Americans are unhealthier than other developed countries. Nutrition industry leaders Mark LeDoux, Steve Mister and Robert Craven comment on the findings of this study.

A new report released last month found that Americans are unhealthier than 16 other developed countries.

The report, which was compiled by the National Research Council and the Institutes of Medicine, found that, despite the fact that Americans spend the most money per year on healthcare, we’re not healthier or living longer than other countries.

Of the health areas studied, Americans ranked worse than other countries in nine categories, including, among others, drug abuse, heart disease, obesity and diabetes, and lung disease.

The study found that U.S. men live the shortest lives of all 16 countries at 76 years, and U.S. women ranked second-to-last at just under 81 years. Americans are more likely to die younger because of illnesses like obesity and heart disease.

"I don't think most parents know that, on average, infants, children, and adolescents in the U.S. die younger and have greater rates of illness and injury than youth in other countries,” said Dr. Steven Woolf, chair of the panel and of the department of family medicine at Virginia Commonwealth University, according to NBC News.

But there is a silver lining. Americans who live to the age of 75 are expected to live longer than those in the other countries. Not to mention people in the U.S. control blood pressure and cholesterol better and have a lower death rate from cancer.

Does industry have the answer?

The nutrition industry is concerned with the results of this study because of its implications for the world of consumer health and the industry's interest in improving the well-being and health of the country.

Industry experts Mark LeDoux, chairman and CEO at Natural Alternative International, Inc.; Steve Mister, president and CEO of the Council for Responsible Nutrition; and Robert Craven, CEO of FoodState, commented on the findings of this study.

LeDoux: It's 'sick care' not 'healthcare'

Mark LeDoux, chairman and CEO, Natural Alternatives International: The first obvious issue that arises from this report is that the “healthcare” system in America is a misnomer. We don't provide healthcare, we provide sick care. Many of the common diseases that lead to our mortality rates being high are directly linked to what we affectionately call “high-risk behaviors.”

If we look at food choices in the family from an early age, we see that convenience plays a role in generating unhealthy choices. Getting a frozen dinner and plopping oneself in front of the television while eating retards the development of proper social family time. When children go off to public school, they are often fed by institutional food service programs that are big on quantity, but not necessarily up on freshness or quality. It never ceases to amaze me that people will order 1,200 calories of fat laden foods at fast food restaurants, and then order a super sized diet soft drink, thinking that simply by ordering a diet beverage they are somehow redeeming the poor choices of food that accompany the beverage. Unfortunately, when it comes to healthcare in America we have seen the enemy, and he looks an awful lot like us.

Supplements can and should play a vital role in securing appropriate nutrient densities in our tissues and organ systems, but failure to be mobile leads to a whole set of other negative consequences. Gluttony leads to obesity, and that condition takes a toll on overall health—putting undue burdens on the 'sick care' system in America to hopefully alleviate the symptoms of self-wrought misery. It would seem self-evident that Americans may be the most overfed and undernourished people in the developed world. 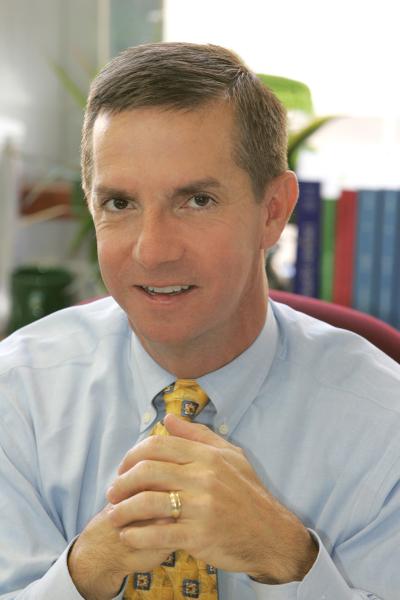 Steve Mister, president and CEO, Council for Responsible Nutrition: This report is certainly troubling. At the same time, maybe it illuminates some opportunities for potential growth in the U.S. supplement marketplace. As the researchers noted, it’s not any one factor, but rather a whole collection of health-related behaviors that contributes to the U.S.’s health score.

As individuals we all need to be more conscious of the small daily behaviors that collectively contribute to a longer, more healthy life—everything from easing up on the accelerator, to taking a daily jog, to passing on the second piece of chocolate cake. When we think about health as a constellation of lifestyle choices rather than “I need to lower my cholesterol or I need to lose weight,” we can start to understand how all these things work together. Our bodies are not a collection of unconnected parts, they are integrated holistic systems all working together. So what we eat, the supplements we take, the exercise we get, all impact our entire bodies and life outlook—not just our blood pressure, or just our mood or just our alertness, but everything. Supplements are just one of those behaviors, but because they are easily incorporated into a daily regimen, they can be a daily reminder to do other healthy things too.

Daily supplement regimens have direct effects on health, but just the act of taking a supplement can also serve as a reminder to engage in other healthy behaviors. It gives us a feeling of autonomy and empowerment over our health which in turns makes us more conscious of our health and more invested in protecting it. Marketers of supplements could move the needle toward a healthier U.S. if they rebrand the routine of taking supplements as a brave, deliberate act of defying the unhealthy culture around us.

Robert Craven, CEO, Food State (MegaFood): Like Mark, I am convinced that new legislation will do very little - although I was in favor of the super-size soft drink ban in NYC. I got into a Facebook fight on this one as some of my friends started saying that this was taking away "freedom" and "liberty" and I made the point that if your liberty and freedom starts costing me money it ceases to be your freedom. But I digress.

I believe our industry has a real opportunity to take a leadership position here—not from a legislative perspective, but from one that is much more aspirational. What if our industry was the healthiest industry in the nation? What if we could prove it? What if our industry did more for turning around disease directly—meaning we had more of an impact than any doctor or legislator or health insurer ever could? What if we could prove we were healthier with real data? I think this would do more for our positive stature in the world than anything else we could ever do. It's walking all the talk.

What if the leaders in our industry got together and did nothing else but decide that all of our employees would be healthy? Has anyone ever taken a count of how many people that would represent (employees of natural and supplement companies and their families)? Has to be in the millions...

If we did nothing else but decide that we (our industry) were going to set an example by being healthy, that as CEOs we were going to lead the charge and set the example—being healthy ourselves; creating systems and support that truly promoted health within our own companies; leading the conversation with other CEOs in our communities; ringing the bell for wellness right where we live—wouldn't this one act, if we had enough great companies on board and bought into the vision, do more for solving the U.S. health crisis than any other act? Especially given that our employees and customers are the most willing participants.

I can't think of any other answer. In the end, there may not be enough of us out there to ultimately solve the problem—regardless, as for me and my company, we are going to try.