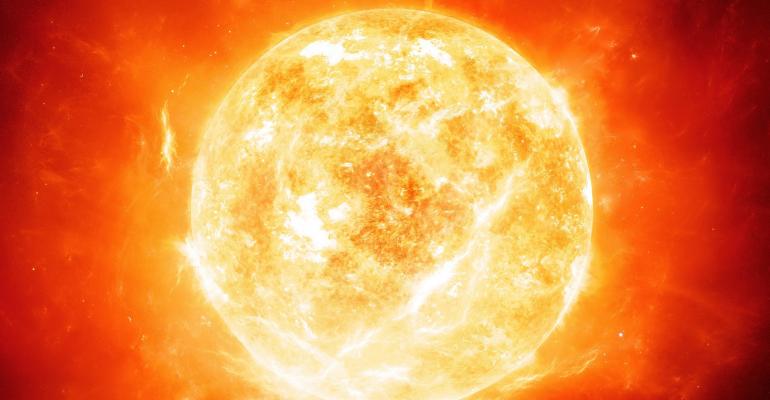 A provocative new study shows vitamin D could be equally if not more effective as conventional pharmaceuticals in helping patients with chronic heart disease.

The so-called Vindicate study tried to help improve heart health in patients with a history of heart failure. To measure heart function, researchers looked at the “ejection fraction” — a measure of how much blood the heart pumps with each beat. The ejection fraction of healthy people is generally between 60 and 70 percent. In patients in this study, the average was only 26 percent.

After one year taking 4,000 IU of vitamin D3 supplements, the ejection fraction improved to 34 percent. That’s a 31 percent improvement, which is more than what is seen with beta-blockers, according to one recent study.

Lead researcher Dr. Klaus Witte told the BBC News website: "It's quite a big deal, that's as big as you'd expect from other more expensive treatments that we use, it's a stunning effect. It's as cheap as chips, has no side effects and a stunning improvement on people already on optimal medical therapy. It is the first time anyone has shown something like this in the last 15 years."

The medical world responds with incredulity

But what made the story really interesting was the medical correspondent for the American College of Cardiologists, where the study results were first released, on April 4 in Chicago.

“Oh, come on, Klaus, now you’re telling me a vitamin supplement is going to take care of people that have left ventricular dysfunction? How does that possibly happen?”

Witte said it was not a mechanism of action study, so researchers are not clear on exactly how vitamin D exerts this effect. He noted that other vitamin D studies show the sunshine vitamin can improve arterial function, immune system function and bone health.

“But the good news,” winced the medical doctor, “is the downside, the bad effects, are relatively small.”

To which lead researcher Witte described the bad effects: “We saw no adverse effect on calcium or creatinine levels, we saw no other clinical adverse effects at all, and the tablet was very well tolerated.”

Translation: There is no downside.

“Well, I’m not quite sure what to say here, Klaus, but vitamin supplementation for heart failure sounds like an awesome way to take care of some of these folks,” said Block, who was quick to caution, “I think it’s a little early to say everybody should take vitamin D.”

The study followed 163 patients who were deficient in vitamin D (blood levels were less than 20ng/mL). While there was no difference in the study’s primary endpoint — could they walk longer in six minutes — there were significantly beneficial effects on heart structure and function that could offer inexpensive therapy to chronic heart disease patients. The other notable thing about the study was that these patients were already being treated for their heart failure with current standard-of-care treatments including beta-blockers, ACE inhibitors and pacemakers.

While several clinical trials find that the death rate in patients with heart failure treated with beta-blockers is reduced by 30 to 35 percent, this Vindication vitamin D study did not look at that. Future studies should be conducted that tease out the specific mechanism of action behind vitamin D’s effects, and whether vitamin D can not merely improve both the structure and function of a damaged heart but also lead to a longer life.