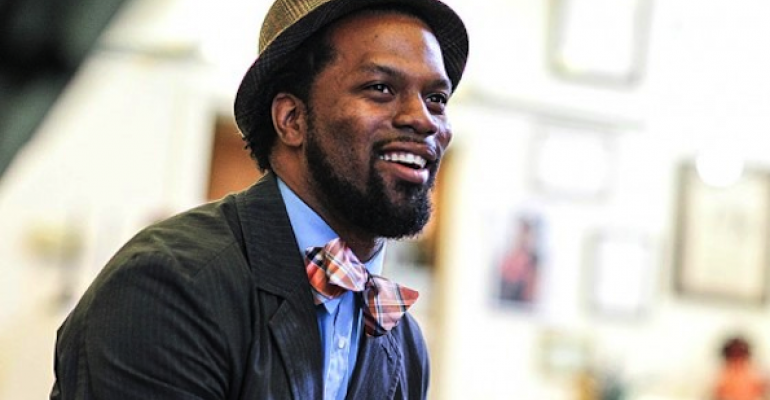 The community organizer, activist and founder of Happily Natural Day explains how he is bringing holistic wellness to black communities.&nbsp; 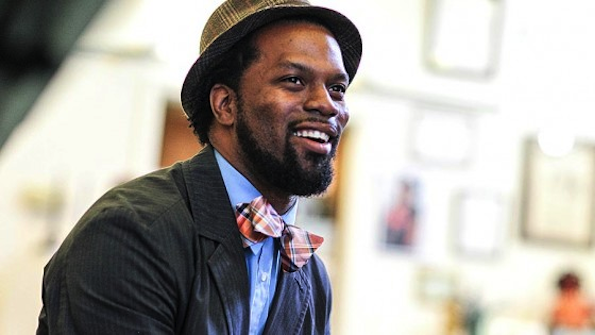 The city of Richmond, Virginia, would be a different place without the tireless work of Duron Chavis. Community organizer, activist and founder of Happily Natural Day, Chavis has spent the last decade working to provide the African American community of his hometown with the tools and skills to make healthier choices—and the vision to reimagine what their lives can be.

Born in Richmond, he was raised in Hanover, Germany, but returned to the city of his birth at the age of twelve. At seventeen, Chavis was shot while attending a block party—an event he says changed the trajectory of his life and sparked his interest in spirituality, activism and health.

As a college student at Virginia State University, Chavis says, “I got really interested in holistic health and naturopathic medicine. I started making my own soaps, pomades and skin creams, and selling them.”

The idea for Happily Natural Day, first held in 2003, came about shortly after his graduation, while Chavis was working as a docent at the Black History Museum and Cultural Center in Richmond. He convinced the museum to sponsor a community event addressing wellness in the black community.

“I wanted to frame the event around holistic wellness—mind, body and spirit—by addressing the systemic inferiority complexes in the community as a result of discrimination, Jim Crow laws and slavery, and showing how health disparities such as obesity and lack of fitness could be addressed naturally, so that people could learn to heal themselves without having to rely on the pharmaceutical industry,” Chavis tells Organic Connections.

One key element of the conversation was natural hair, a subject that touched on both cultural and health concerns. “Many African Americans use chemical-laden hair products, such as relaxers, in order to identify with another standard of beauty, masking their own cultural or ethnic characteristics because they’ve been taught that they’re ugly or inferior,” says Chavis. “They’re putting toxins in their hair on a weekly basis in order to look like someone else.”

The first event was such a success that Chavis continued the festival, changing venues as the event grew and eventually expanding to a second annual location in Atlanta, Georgia, in 2008. Now each festival unfolds over three days and includes dozens of vendors, educational lectures and workshops, along with consciousness-raising music.

“It’s a culturally relevant way to promote health and wellness in communities of color—but it’s relevant to everyone,” Chavis says. “We can all come together under the banner of how to live healthily, connect to the earth, and be environmentally conscious in our lifestyle decisions.”

The festival’s growth brought up new issues to tackle. “One year, I was working with a farmer doing a workshop on the green movement in urban communities, talking about where food comes from and how eating well can combat diabetes and heart disease,” Chavis relates. “We were assuming people had access to fresh fruits and vegetables in their community—but it wasn’t true.” He realized that much of Richmond was a “food desert,” with no grocery store for miles.

Chavis says that many people in these underserved neighborhoods had additional challenges. Often, heads of household worked multiple jobs, leaving little time for cooking. Many families didn’t own cars. And finally, he adds, after so many years of prepared foods, “folks hadn’t learned how to cook and prepare fresh vegetables.”

Realizing that lack of access to fresh food had a powerful impact on eating right, Chavis applied for a grant to turn vacant lots into community gardens. The first year, he helped establish a single quarter-acre garden. Working with the nonprofit Renew Richmond, where he serves as co-director, he has seen explosive growth in urban farms over the past two years. The organization has now set up five gardens: two community plots, two school gardens at local schools, and a three-quarter-acre plot that supplies provisions for the local food pantry.

Now he’s moved beyond Richmond to create an indoor farm in an abandoned recreation center in the city of Petersburg. “It’s a twenty-five-square-mile city that is virtually all food desert,” says Chavis, “but we’re teaching the community how to grow food and how to be entrepreneurs, and we’ve turned this building into an energy-efficient off-the-grid facility.”

As if that weren’t enough, Chavis also oversees a Saturday community market with food stands manned by local farmers, which sets up in various neighborhoods to give people access to real food. “All this stuff is powered by the people,” Chavis points out. “I just try to get more folks involved, to catalyze the conversation to move them into action.”

These various initiatives are part of a broader vision, one that has sustained Chavis through a decade of activism. “We’re all in this together, and everyone has a role to play,” he explains. “Bringing people together in a collective energy is infectious, because positivity seeks more positivity. We are all dependent upon each other; there’s no reason we can’t live in harmonious equilibrium.”