The science of sugar addiction 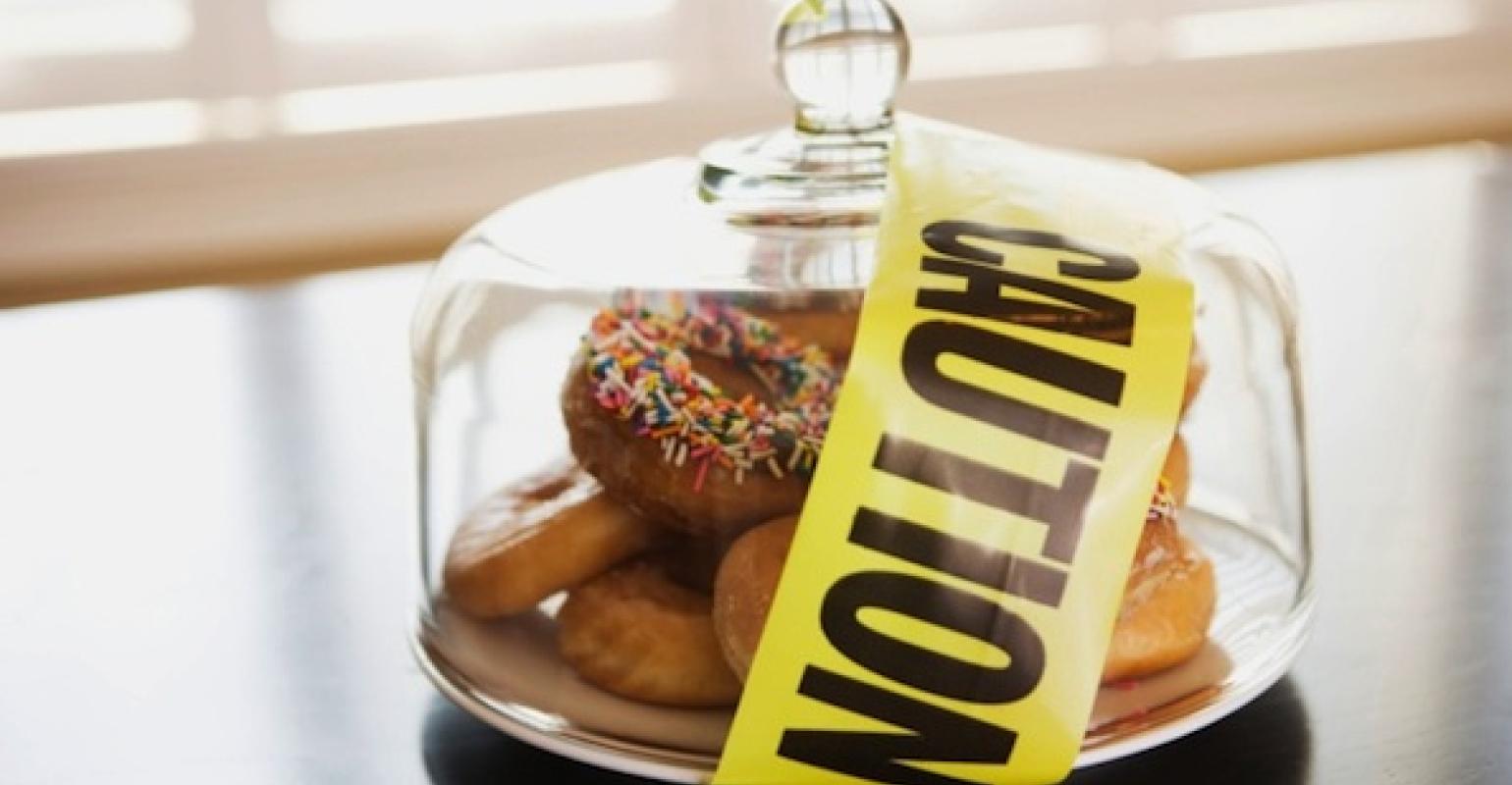 Educate your customers on the facts behind sugar--and how to know if they truly face an addiction.&nbsp; 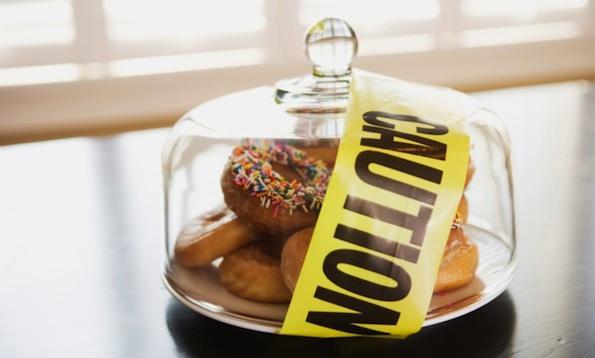 Most of us have felt the urge, the unstoppable craving driving us to seek out something sweet and devour it in a flash. That uncontrollable yen for cookies, cake or ice cream or that whole basket of bread call­ing to us to finish it off. Why do you overeat? Why does that cookie have such power over you, even though you know it will make you fat and sick? Is it an indication of your moral weakness, lack of will power, or is it a powerful hard­wired brain response over which you have little control?

Debate has raged recently about whether junk food, the hyper-processed, hyper-palatable food that has become our SAD (stan­dard American diet) is addic­tive in the same way that heroin or cocaine is addic­tive. A new study pub­lished in the American Journal of Clinical Nutrition sug­gests that, in fact, higher sugar, higher glycemic foods can be addictive.

David Ludwig, author of Ending the Food Fight, and his colleagues at Harvard, in a very sophisticated study, showed that foods with more sugar, foods that raise blood sugar even more than table sugar such as white flour, white pota­toes and refined starch have what is called a high glycemic index, trigger a spe­cial region in the brain called the nucleus accum­bens that is known to be “ground zero” for con­ven­tional addiction, such as gam­bling or drug abuse.

Why are we so overweight?

It appears part of the reason almost 70 percent of Americans are overweight or one in two Americans has pre-diabetes or Type 2 diabetes may not be gluttony, lack of willpower or absence of personal responsibility but plain old, garden variety biological addiction.

Many previous studies have shown how this region of brain, the pleasure center, lights up in response to images or eating sugary, processed or junk food. But many of these studies used very different foods as a comparison. If you compare cheesecake to boiled veg­eta­bles, there are many rea­sons the plea­sure cen­ter can light up. It tastes bet­ter or it looks bet­ter. This is inter­est­ing data, but it’s not hard proof of addiction.

This new study took on the hard job of prov­ing the biol­ogy of sugar addic­tion. The researchers did a randomized, blinded, crossover study using the most rig­or­ous research design to ward off any criticism (which will inevitably come from the $1 tril­lion food industry).

They took 12 overweight or obese men between the ages of 18 and 35 and gave each a low sugar or low glycemic index (37 percent) milkshake, and then, four hours later, they measured the activity of the brain region (nucleus accum­bens) that con­trols addic­tion. They also measured blood sugar and hunger.

Then, days later, they had them back for another milkshake. But this time they switched the milkshakes. They were designed to taste exactly the same and be exactly the same in every way except in how much and how quickly it spiked blood sugar. The sec­ond milk­shake was designed to be high in sugar with a high glycemic index (84 percent). The shakes had exactly the same amount of calories, protein, fat and carbohydrate. Think of it as a trick milkshake. The participants didn’t know which milk­shake they were getting, and their mouth couldn’t tell the difference, but their brains could.

Each participant received a brain scan and blood tests for glucose and insulin after each ver­sion of the milk­shake. They were their own control group. Without excep­tion, they all had the same response. The high sugar or glycemic index milk­shake caused a spike in blood sugar and insulin and an increase in reported hunger and cravings four hours after the shake. Remember—exactly the same calories, sweetness, texture and macronutrient content.

This finding was not surprising and has been shown many times before. But the breakthrough finding was this: When the high glycemic shake was con­sumed, the nucleus accumbens lit up like a Christmas tree. This pat­tern occurred in every sin­gle par­tic­i­pant and was statistically significant. This study showed two things. First, the body responds quite differently to different calories, even if the protein, fat and carbs (and taste) are exactly the same. And second, foods that spike blood sugar are biologically addictive.

This game-changing study must force a shift in the conversation about obesity in America. There are 600,000 processed foods in the marketplace, 80 percent of which have added hidden sugar. The average American consumes 22 teaspoons of sugar a day, mostly hidden, and the average teenage boy has 34 teaspoons a day (more than two 20 ounce sodas).

When a 12-year-old boy needs a liver transplant after a steady diet of soda and white flour, or when a 2-year-old can’t walk because he is too fat at 50 pounds, we can no longer point to per­sonal respon­si­bil­ity as the solu­tion to our obe­sity epidemic.

What if Kobe Bryant or LeBron James went on national television promoting the benefits of “cocaine water” to increase sports performance? Would you allow heroin dispensers in your kid’s school? Think heroin lollipops or morphine muffins. This is exactly what’s hap­pen­ing in America today.

No one wants to be fat or become a drug addict. No one wants their life destroyed by dis­abil­ity and ill­ness. We have poli­cies and laws that pro­tect peo­ple from alco­hol, tobacco and ille­gal drugs of abuse. Sugar and flour (and too much starchy white pota­toes and white rice) or products containing them appear to be no different. In fact, some animal studies show that sugar is eight times as addictive as cocaine.

It is time to stop blaming the fat person. Can we really blame our children if we freely give them drugs of abuse in the school lunch line or as after school snacks? Can we really blame the average overweight person? The nutri­tional land­scape in America is a food carnival.

Kelly Brownell from Yale’s Rudd Center for Food Policy and Obesity has cre­ated a validated food questionnaire to help you deter­mine if you are a food addict. He recently also pub­lished a textbook, Food and Addiction, that lays out the science of how our hyperprocessed, hyperpalatable, hypersweet industrial food has hijacked our brain chemistry and biology.

5 clues you're a sugar addict

Here are five clues you may be addicted to sugar, flour and processed food:

If you are among those whose brain chemistry, taste buds and hor­mones have been hijacked by the food indus­try (up to 70 percent of us, includ­ing 40 per­cent of chil­dren), then it is time to stop blam­ing yourself and con­sider food rehab or a sugar detox. It is time for all of us to take back our health and demand that our chil­dren be pro­tected from addic­tive sub­stances in our schools and from the insid­i­ous mar­ket­ing prac­tices directed at them from the food industry.

There are resources to help you break your food addic­tion and stop the cravings.