HomeHealth and Nutrition ResearchWatchword: Food Retail
Recent
Latest
Sponsored Content
How brands can get their trade spend under control – article
Sponsored Content
Going organic lifts everyone up – video
6 natural brands partner with UNSTUCK on new product line to aid refugees
Jun 23, 2022
Sponsored Content
The power of organic messaging – download
Trending
Getting ready for 2023: Trends for brands to consider
May 17, 2022
Unboxed: 7 clean collagen powders with a twist
Jun 21, 2022
12 brands marketing positivity, kindness and joy
Jun 17, 2022
Coca-Cola axes Honest Tea, but its founders are just getting started
Jun 07, 2022
Lexicon of Sustainability
brought to you by 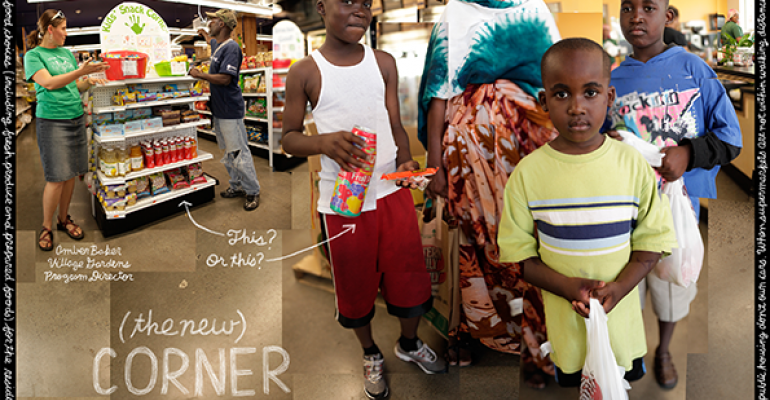 “Food access is determined by a variety of factors: the income of people experiencing hunger, the racial or cultural background of certain populations, and the distance between people and food markets. [To counter this], people have developed approaches to promote neighborhood-based food retail outlets or community gardens in disadvantaged communities.”

Food Retail: As the saying goes, you are what you eat. For this reason, it’s important to know what’s in the food you buy. Unfortunately, our food system is opaque. Food labels can be confusing—even purposefully misleading—while the prices of many ethically sourced, nutritious goods tend to induce anxiety and sticker shock at the cash register. Still, those choices we make as consumers are critical, because these purchases are often the only way we can truly contribute to creating a more equitable, healthy food system.

Grocery stores also play a role. Spurred by consumer demand, some plan to require the labeling of genetically modified foods. Whole Foods’ decision to require labeling of genetically modified foods in its stores by 2018 has been hailed as a “game changer,” Organic Connections reports. The New York Times said it could “radically alter the food industry.” Grocery store chains may be leading the way for more transparency to allow their shoppers to make more informed choices.

Many people living in public housing don’t own cars. When supermarkets are not within walking distance or easily reached by public transportation, these residents must shop for their food at gas stations and corner stores. Village Gardens provides jobs, consumer education and more nutritious food choices (including fresh produce and prepared foods) for their residents in New Columbia.

Daniel Klein and Mirra Fine of Perennial Plate journeyed through the United States to tell the stories of real food and the people who provide it in every corner of the country. Along the way, they stopped at food co-ops to meet some local producers, share good food, and learn why co-op shoppers and staff are so passionate about their food.

When The Green Grocer’s owner John Wood pulled cereals containing genetically modified organisms from his store shelves in January, little did the Rhode Island-based retailer know that within three months he would receive nationwide attention.

For John, it's important to vet the safety and quality of the products his store carries, so his customers don’t have to.

Read more about this grocer’s story and his advice to other food retailers.