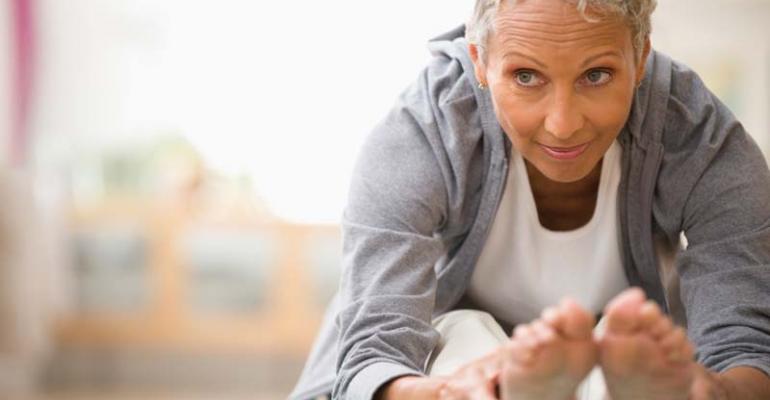 Here, three longevity luminaries interpret the latest research on how the body ages at a cellular level&mdash;and explain how to put this wisdom into action. &nbsp;

To understand oxidative stress, think small. Really small. The oxygen you breathe helps tiny cell components, known as mitochondria, produce the energy that keeps the body alive. But this process also creates free radicals. These molecules aren’t all bad—they fight infection and activate enzymes—but when they’re not busy with those jobs, they can go rogue, attacking and damaging cells throughout the body. This contributes to common aging indicators like poor eyesight and sagging skin, as well as diseases such as diabetes, cardiovascular disease, Alzheimer’s, and cancer.

Internal or environmental stress also can fuel excessive free radical production. Several animal studies have shown that white blood cells produce more free radicals when you’re psychologically stressed. When you breathe or eat toxins such as ozone or pesticide residues, your liver works to neutralize them—again, creating free radicals. And ironically, even some things that are good for you, such as aerobic exercise, increase free radicals.

To help neutralize rogue free radicals, eat a diet rich in fruits, vegetables, and other antioxidant foods. Among the best are cloves, oregano, rosemary, and cinnamon; acaí and cocoa; raspberries, blueberries, and cranberries; pecans, walnuts, and hazelnuts; artichokes; kidney and black beans; and raisins. Antioxidant supplements can help fill gaps.

To minimize toxin exposure, choose organic produce and chemical-free cleaning products when possible, and don’t use ozone-generating air purifiers, which can cause respiratory tract irritations. And do your best to get eight hours of shut-eye a night. “Getting adequate sleep supports healthy levels of melatonin, which is a phenomenal antioxidant,” Meletis says.

As tempting as it may seem, don’t use exercise’s bad oxidative rap as an excuse not to work out. You can counterbalance aerobic exercise’s free radical effect by cranking up your antioxidant intake before or after workouts, Meletis says. And new research shows that weight training twice a week for an hour actually rejuvenates muscle mitochondria in men and women age 65 and older. “Over the course of time, your body becomes better at dealing with the oxidative stress, which means once you start working out, keep it going, because your body is literally becoming a better exerciser even at the mitochondrial level,” he explains.

Shortly after being diagnosed HIV positive in 1985, Lisa Walford decided to adopt the calorie-restriction (CR) plan pioneered by her father, Roy Walford, MD. She lived medication free for the next 15 years. Today, the energetic 56-year-old follows a basic medicine regimen, but says her healthy, disciplined diet and her daily yoga practice not only continue to help stave off AIDS and its related health issues, but also make her feel young and vibrant.

Among the many strategies for living longer and avoiding disease, CR has perhaps the strongest scientific backing: more than 1,000 animal and human studies conducted during the past 80 years. Research shows cellular benefits from calorie restriction start to kick in with just a 10 percent cut. The hypothesis is that as calories are reduced—repeatedly exposing cells to mild stress—the body experiences what scientists call a hormesis effect: a generally positive adaptive response.

“The body believes it has an inadequate amount of food so it goes into more of a survival mode, where it strengthens its defenses at a metabolic level,” Walford says.

You can approach a CR diet in a variety of ways. Walford began by cutting her daily calorie intake by about 10 percent—the difference in eating full-fat dairy products versus low-fat, swapping green tea for juice or soda, and skipping meat once a week. Simply focus on nutrient-dense foods like fruits and vegetables that are naturally high in nutrients and low in calories. There’s no rigid eating plan. Some people graze on small meals throughout the day; others, like Walford, prefer to stave off hunger by eating a protein-packed meal in the middle of the day, for example, 2 ounces of baked tofu with steamed vegetables in tomato sauce. Over 12 years, she gradually cut her calorie intake by 20 percent; she’s quite thin but has a clean bill of health, including low cholesterol and normal blood pressure and glucose levels.

CR diets may cause side effects, including bone thinning and lower libido in 10 percent to 15 percent of people. Some people go too far and get too thin, Walford cautions, and may get heart palpitations. (CR also isn’t recommended for children, people with eating disorders, or pregnant women.) To keep bones strong, eat calcium-rich foods like dark leafy greens; supplement with calcium, magnesium, and vitamin D; and do weight-bearing exercises such as walking and weight lifting, says Walford. She also recommends 15 minutes of meditation and 30 minutes of yoga poses daily. “Yoga makes me more sensitive to the effect that everything has on my health,” she says.

Jonny Bowden, PhD, CNS, author of The Most Effective Ways to Live Longer (Fair Winds, 2010)It’s easy to tell when your skin is inflamed: It turns red. “But we don’t really have good measures of inflammation at the cellular level,” Bowden says. “That’s a critical problem because inflammation is associated with every degenerative disease we know.”

Like free radicals, inflammation can be a good thing in small doses. Step on a nail and you want white blood cells and the body’s inflammatory chemicals to rush in. But these injury-fighting compounds also go into 911 mode in response to gradual cell damage by free radicals. The result of this damage, says Bowden, is chronic inflammation: in essence, inflammation that doesn’t know when to stop. “Chronic inflammation is part of diseases as diverse as cancer, congestive heart failure, and digestive problems,” he says.

If you’re overweight, or have diabetes or dementia, “you definitely have chronic inflammation,” Bowden says. For everyone else, the best way to measure inflammation is to do a high-sensitivity C-reactive protein (CRP) test. Studies show that CRP, which the liver produces as an immune response, can increase by 100 percent or more in response to inflammatory conditions. “The test isn’t perfect because it doesn’t tell you where the inflammation is in your body, but it’s the best we have,” Bowden says. Most doctors like to see a CRP score of 1 or less, he adds.

Balancing your ratio of omega-6 and omega-3 fatty acids also helps. Bowden recommends eating two servings of fish a week, taking 1,000 mg daily of fish oil with EPA and DHA, and choosing olive oil or flaxseed oil over refined oils such as canola, corn, or generic “vegetable” oils. In addition, he says, “sugar turbocharges your inflammation-production pathways,” as do fried foods. Simmer or use a slow cooker rather than frying or grilling foods at high temperatures, which creates proinflammatory advanced glycation end products (AGEs) that can damage nerve and brain cells as well as DNA.

Pterostilbene. Found in blueberries and grapes, this antioxidant has been shown to lower cholesterol and help prevent colon cancer.

Dose: 50 mg once or twice daily

Trans resveratrol. The active part of resveratrol, this antioxidant, anti-inflammatory compound is found in red grape skins and red wine.