HomeNewsAre microRNAs from plants the next big thing in natural medicine?
Recent
Latest
New Food Order: Learning from our regenerative past
Nov 23, 2022
COP27: Finally, the food system might change for the better
Nov 23, 2022
Securing capital in 2022: How to survive and maybe even thrive
Nov 22, 2022
Sponsored Content
Inside Organic: Organic ingredients and messaging to today’s consumer – webinar
Trending
Sustainable packaging laws: Changes every business should know
Nov 16, 2022
Sponsored Content
Food tech in natural products – Free report
13 snacks that embrace nutrient-dense, plant-based ingredients
Nov 09, 2022
Sponsored Content
The new state of plant based – article
IdeaXchange
brought to you by

Are microRNAs from plants the next big thing in natural medicine? 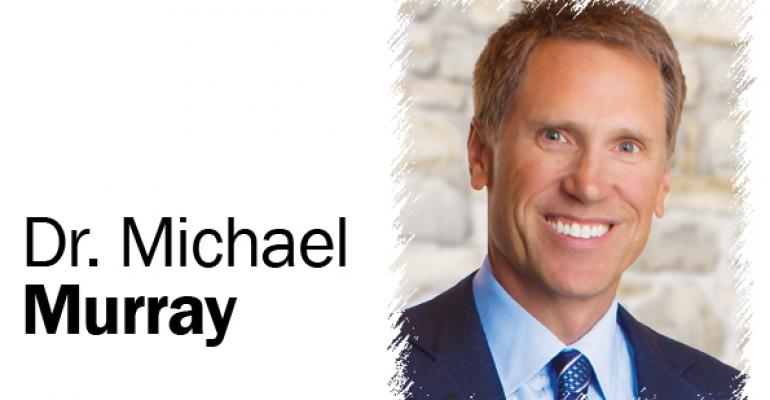 Exciting new research suggests that microRNAs from plants can affect human cell function just like the microRNAs transcribed from our own DNA, opening up intriguing opportunities for food and supplements.

New research is exploding into scientific journals detailing exciting ways in which foods interact with our genes and epigenetics. In fact, there is a whole new field of study known as “nutrigenomics” that is trying to better understand the effects of foods and food constituents on gene expression and epigenetics. By determining the mechanism of the effects of dietary practices and food components, nutrigenomic research is trying to understand the role of food and human health. The idea is that through greater understanding in nutrigenomics, the outcome will be better personalized nutrition that is based on genetic and epigenetic evidence. While this science is still in its infancy, its contribution to improving human health over the next decade or so is anticipated to be a major breakthrough.

One of the particularly interesting new discoveries is that plant foods contain small fragments of RNA (ribonucleic acid) that are now known to interact and modify genetic expression. RNA is the first step in transferring the genetic code of DNA via a process called transcription. During transcription, the double-helix strand of DNA is split and then transcribed into a parallel single-stranded RNA molecule. One form of RNA is called messenger RNA because it is “translated” by various cell components to assemble a specific protein or perform another specific vital task in cell function.

Another type of RNA is composed of small fragments called microRNAs that play a huge role in turning up and down the levels of key regulatory proteins within cells by influencing which mRNAs are translated. MicroRNAs are used by cells to modify many processes, including how cells grow and die, as well as to restore balance in cell function.

MicroRNAs from plants are active in the human body

Until recently, scientists thought these chemicals were only made by our own cells, but new research shows that microRNAs from plants can enter the human body and affect cell function just like the microRNAs transcribed from our own DNA. Given that microRNAs affect the expression of up to 30 percent of our genes, these results are extremely thought-provoking and provide another avenue that plant foods may be influencing our health and reducing our risk for certain diseases. For example, researchers in China used an old herbal remedy for colds and influenza, Chinese honeysuckle (Lonicera japonica), to show how its microRNA can help in viral infections. Previous work had shown that Chinese honeysuckle contains a high amount of a microRNA identified as miR2911. The study in mice showed that miR2911 is taken up by the GI tract upon ingestion of honeysuckle tea and travels via the bloodstream to the lungs, where it directly targets influenza A virus replication. This group of viruses are capable of infecting animals, with wild birds often serving as the hosts. Members include H1N1, which caused the Spanish flu and the swine flu epidemics, and H5N1, the so-called avian or bird flu.

In other words, the study showed that the honeysuckle microRNA is able to be delivered to the area of infection and effectively prevent the H1N1 virus and other influenza A viruses from reproducing. The authors suggested that honeysuckle has medicinal properties not only because it possesses miR2911, but also because ingestion of the plant enhances dietary uptake of other microRNAs. Additional studies have shown that sources of concentrated plant microRNAs are

Results from the Human Genome Project (HGP) taught researchers that our genetic code is important, but even more important are factors that influence how the genetic code is expressed. Chief among these other factors is diet and food components. An analogy would be that DNA is like a computer (hardware) while our diet, lifestyle and attitude are like complex software. The hardware is important, for sure, but it is the software that actually tells the DNA what to do. The bottom line is that food definitely effects how our genetic code is expressed, giving us the power to change our genetic predispositions to various health issues including cancer, heart disease, diabetes and Alzheimer’s disease. Delivering microRNAs through food or supplements may be a big part of the medicine of the future.