Cheap gas could fuel natural and organic start-ups and investors 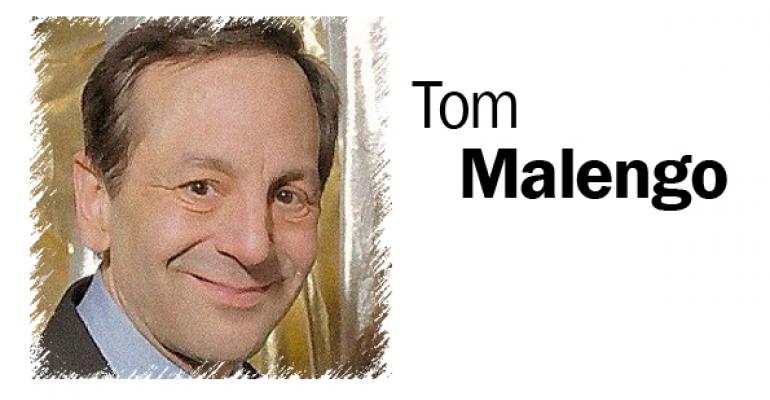 Low gas prices could leave consumers with more discretionary cash to spend on natural and organic foods and startups with lower costs for ingredients and distribution.

When I was a kid in the 1960s, my Dad drove a 1956 Chevy 210 two-door, two-tone coupe. I remember him pulling into gas stations when the price of gas was 19 cents per gallon. When I started driving in the mid-1970s, America had been through its first oil crisis and gas was over 60 cents a gallon. A few years later, a second oil crisis raised prices to over a $1.50 a gallon. Now, after years of rising gas prices, it’s strange to pull into a 7-Eleven and get a gallon of gas for $1.85 and a 500ml bottle of Latrobe, Pennsylvania, city tap water for $1.99! I have nothing against Latrobe, especially in late spring when the laurel blooms, but who would think bottled water would be eight times pricier than gas?

As we think about the climate for small businesses, start-ups and investors in the natural and organic food space, the price of gas is significant. At the time of this writing, oil prices are about 15 percent above recent lows, leaving only economists who are fans of the New England Patriots still worrying about deflation. Gas prices are more than $2 a gallon lower than past highs, putting as much as $2,000 a year back in the hands of a family of four. With all the trends pointing to an increase in awareness of the benefits of healthier eating, and the general increase in demand for healthier food products, this extra discretionary cash will likely add fuel to these trends. Fourth-quarter consumer spending dropped somewhat due to lower gas prices, but consumer confidence is as high as it has been in more than a decade, and the unemployment rate has dipped near 60-year averages.

Those lower gas prices will also help start-ups with both the cost of ingredients and distribution. These small producers have distribution needs and, just like service providers and farmers, they rely heavily on transportation and will be more profitable if it costs them less.

Besides small food product producers, there are dozens of new food delivery services, farming co-ops and new agricultural and farming technologies that will benefit from lower gas prices. Greater profitability should open up access to bank loans for small businesses. While the Federal Reserve is committed to raising rates mid-year, exactly when and by how much is debatable. Due to a number of factors, the FRB’s rush to raise interest rates (the only central bank saying it will do so right now) may still be a bit more tortoise than hare.

Low oil prices generally mean a strong dollar, and currently that inverse relationship holds true, though the dollar may have moved more than oil prices alone would indicate. While the strong dollar can mean lower profits to international U.S. companies (several have warned and reported such), for start-ups and small companies in the food space it can mean a lower cost for ingredients sourced overseas. A strong U.S. dollar and a lower U.S. employment rate actually could be a benefit to the world economy, creating both employment demand and U.S. buying power in countries with slowing growth (China) or that are endlessly recession bound (Japan).

So, overall we see a good 2015 economic climate for start-ups and small businesses in the natural and organic food industry. High-end retailers have reported increased sales. Milk, sugar and cacao prices are falling from mid-2014 highs. A variety of economic indicators seem to say 2015 will not look much different than the past few years: mild growth, low interest rates, falling unemployment and growth in the natural and organic arena. Stock market returns will likely be solid but not spectacular, so investors will be looking for places to put their money for higher returns.

But will oil remain low? Low prices are most likely due to fuel efficiency improvements, shale extraction, natural gas usage, clean burning coal and the potential for new pipelines. Also, many oil-producing countries are fighting for their mere existence against extremists. They have more important things to do than worry about colluding to raise oil prices. Low oil prices may also be a bargaining chip to get U.S. assistance to keep those drones flying. Russia needs to sell as much oil as possible just to stay afloat.

So even with a good economic climate for small businesses, the key is to find that great investment opportunity. A few years before I started driving, my uncle wanted to give my dad his 16-year-old, low-mileage car for me to use when I started driving. The car needed about $25 of transmission work. My dad thought that was way too much to invest in an almost 20-year old car, so he declined the offer. My uncle’s pearl and ivory 1957 Chevy Bel-Air would likely sell for over $50,000 today! Now that would have been a great investment.

What's your outlook for natural and organic food in 2015?