HomeNewsWhat Frontline didn't say about omega-3s
Recent
Latest
4 tips to get ahead of chemical concerns in packaging
May 20, 2022
7 CBD favorites in the increasingly popular gummies format
May 20, 2022
Mission MightyMe helps parents introduce allergens to babies
May 20, 2022
UNFI's Eric Dorne to step down as chief operating officer
May 20, 2022
Trending
Whole Foods' honors 30 companies with 10th annual Supplier Awards
May 18, 2022
Sponsored Content
The rise of sustainable business – eGuide
Sponsored Content
Getting ready for 2023: Trends for brands to consider
May 17, 2022
Sponsored Content
Unboxed: 7 plant-forward ice creams to stock this summer
May 10, 2022
IdeaXchange
brought to you by

What Frontline didn't say about omega-3s 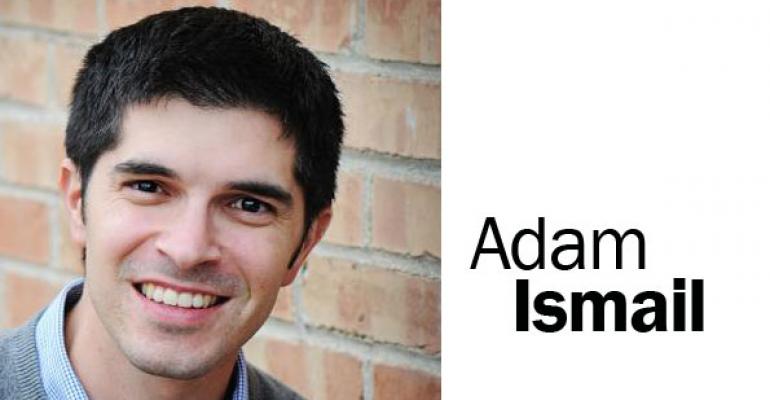 Today, I got a little preview of what that will look like. The New York Times, a partner in “Supplements and Safety” episode, singled out fish oils with an article and a video clip from tonight’s program that the newspaper posted online. As we’ll undoubtedly see in the full episode, there are errors and omissions that can’t be ignored. In the case of fish oils, four assertions stand out:

On the first point, we have pointed out multiple times that there are at least three areas where we clearly see benefits in heart health: reductions in cardiac death risk, reductions in blood pressure and reductions in triglyceride levels. Any doctor will tell you that these benefits contribute to a healthy heart. Importantly, the evidence is very consistent in these areas.  Every single meta-analysis of randomized controlled trials (13 in total) that has looked at cardiac death has found a 9 percent to 30 percent statistically significant reduction in risk, every single meta-analysis of RCTs (22 of them in total) has shown triglycerides are reduced up to 40 percent, and one of the largest nutrition meta-analyses of RCTs ever published showed blood pressure reductions (GOED funded this study, for fair disclosure). The consistency of evidence in this arena is really key because the results are reproduced over and over, but that consistency gets ignored.

Instead, we hear about a few  reasonably sized clinical trials that have failed to detect a reduction in incidents of heart attacks and strokes with fish oil supplementation. Those are the studies The New York Times and others rely on when the assert there is no cardiovascular benefit. However, one very important point is lost: Almost all of these studies are giving fish oils to heart disease patients that are receiving the top standard of care (statins, ACE inhibitors, beta blockers, aspirin, etc.). This standard of care has already halved cardiovascular mortality in the U.S., so by adding fish oil to this regimen, they are not testing whether fish oils are beneficial in heart health, they are instead testing whether fish oils incrementally improve this cocktail. None of the articles you see in popular media make note of this; instead they just say "fish oils don't work." This is clearly misleading.

I have already noted at the NBJ Summit and other events that there are plenty of human clinical trials that have shown benefits. To claim there are no benefits, you would have to selectively choose which studies you want to look at. In the case of Dr. Andrew Grey's paper cited in the NYT/Frontline story, the authors looked at clinical studies published in seven journals from only a seven-year period. Aside from this narrow focus, we have also seen other issues in their analysis that include inconsistent treatment of the data. Regardless, we have been adding omega-3 clinicals to a public collection in PubMed to bring some transparency to this issue. In the past six years, we have found 1,166 clinical trials in which authors have concluded there are benefits and 257 where the trials did not detect a benefit.  That means 82 percent of the trials published in the past six years have concluded omega-3s may be beneficial for health, and this data is in a wide variety of patient populations.

With respect to concentration, The New York Times and "Frontline" try to assert that fish oil is concentrated to levels where it is not clear whether they are safe, like a highly potent pharmaceutical. This is a tactic designed to create fear, and it is totally unfounded. Most fish oil supplements contain 300-500mg of EPA and DHA per serving, but a single serving of fatty fish will deliver 1,000 to 1,800mg of EPA and DHA, so we are not talking about dosages you don't find in food already.

As for whether fish oils are oxidized and/or dangerous, we prepared a white paper on this a few months ago because we are seeing more and more concern about this issue. Let’s be clear that oxidation in fish oil is much lower than what you see in cooking or vegetable oils, which are consumed in much greater quantities in our normal diets than fish oil. Even though exposure is lower, we set limits of oxidation for fish oils that are one-half of the limits applicable to vegetable oils. We have also looked at all of the publicly available testing data on omega-3s from scientific literature and consumer watchdog groups, compliance with our limits is very high. Out of 2,187 test results, only 3.7 percent exceeded GOED's voluntary limits for primary oxidation, and out of 2,117 test results for secondary oxidation, only 2.1 percent exceeded our limits.

One of the big misconceptions with oxidation is whether consuming oxidized omega-3s is dangerous.  Certainly oxidized oil makes for an unpleasant sensory experience--who wants to taste a fish burp after all?  However, there has never been a human clinical study that has ever found a health detriment to consuming oxidized oils, even at dosages 16-20 times higher than a normal supplemental dose. The misconception is that if oxidation in the body is bad for you, then consuming oxidized products must be bad as well. However, oxidation in the body is the result of your cells manufacturing oxidation products, but an oxidized oil that is consumed is digested and there is no evidence that the oxidation products are actually absorbed because they are filtered out by the liver and pancreas. So these fears and claims are unsubstantiated by the current scientific literature.

"Frontline" and The New York Times present themselves as very thorough in their reporting, but given the little preview we saw today, we can’t expect much thorough reporting in tonight’s episode.

Frontline and the problem with plane wreck journalism
Jan 20, 2016