Is it our job to change the way poor people eat? 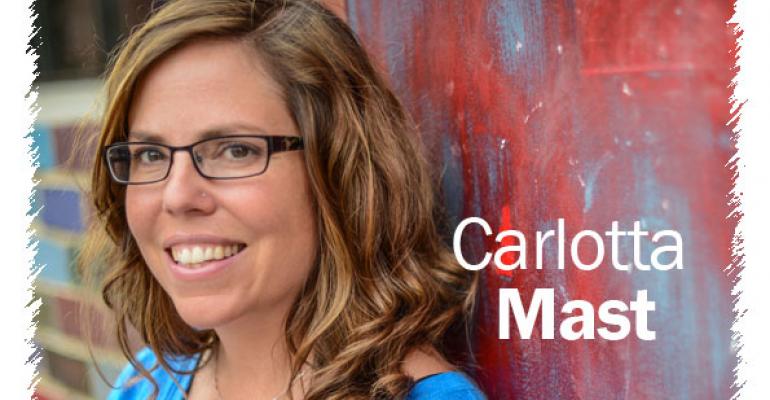 In a recent Slate article about Whole Foods Market&rsquo;s entrance into the Detroit market, Tracie McMillan tackles the thorny issue of whether it is our job to change the way poor people eat. The article brings up questions the entire natural, organic and healthy products industry must confront around the affordability and cultural accessibility of our offerings.

In a Nov. 19 Slate article that I believe everyone in the natural, organic and healthy products industry should read, Tracie McMillan investigates what happened when Whole Foods opened its first store in Detroit in June 2013. The piece explores not only how Whole Foods tried to address the challenges of operating in a part of America that was seen as having had become “empty, savage and foodless,” but also digs into how elitism and racism act as barriers to healthier eating and living for many people that Whole Foods Co-CEO Walter Robb says the retailer wants to reach. “The mission of this store is to serve all Detroiters,” Robb told McMillan.

Following the stories of several Detroiters who are on a quest to fight their obesity problems through healthier eating, McMillan’s piece hits upon some tough questions and issues that our entire industry, not just Whole Foods, must confront.

Healthy, quality food often is more expensive than junk food for many well-documented reasons, including the current setup of our food system. Not surprisingly, price and Whole Foods’ “Whole Paycheck” reputation are a major focus of the Slate article. Writes McMillan, “Whether they knew the [Whole Paycheck] moniker or not, one of Detroiters’ worries about Whole Foods before it opened was price, which ranked as a top concern when the company solicited community input about the store.”

In addressing the subject of price with McMillan, Whole Foods naturally zeroed in on quality and product standards as part of the equation. “It’s not a fair comparison to compare our grass-fed, organic beef to factory-farmed beef,” one Whole Foods employee in Detroit told McMillan.

This is a fair argument, but in other discussions of pricing for basic food staples such as eggs, yogurt, peanut butter and cereal, McMillan portrayed Whole Foods as defensive and unwilling to “engage in a direct conversation about price.”

My question for industry is, how do we address the issue of price in a transparent way that prevents us from becoming defensive and allows us to focus on issues of health and quality?

The reality is, many of the value propositions of our industry such as organic certification, the humane treatment of food production animals and GMO labeling are simply not important to many shoppers—and for good reason. “If it [organic] was a little cheaper, if it was the same price as the other stuff, maybe. But to me, it’s overpriced,” one Detroit mother told McMillan. “As long as it’s not spoiled, molded, or expired, I’m good with it.”

How do we make things such as organic matter to people who struggle just to put food, let alone healthy food, on the table? Is this something we should even be trying to do?

One commenter to McMillan’s article attempts to answer that question for us: “Trying to sell someone who’s poor, sick and has terrible nutrition on the benefits of higher cost organic produce is actually akin to trying to convince someone who’s starving that they should spend their food money on art to nourish their soul. There’s a prioritization issue here.”

As McMillan points out, poverty is at the heart of all the challenges facing any company, retailer or other organization working to make healthier eating a reality for more people, particularly those who need it most.

As a poignant case in point, McMillan shares the story of Spencer Torry Brown, a chronically ill and obese woman who doesn’t have a car and lives on disability checks. As much as Brown desperately wants to lose weight and get healthy, she’s overwhelmed by thought of achieving her health goals with so little resources. “For the indisputably poor people like Brown, who aspire to buy what Whole Foods sells, the prices simply aren’t low enough to work,” McMillan writes.

As an industry, is there a way we can help systematically tackle the issue of poverty so that more people can afford what has become the luxury of health and wellness?

In the end, these are all difficult, complex questions that I believe will become even more important for our brands and retailers to address as the gulf separating the haves and have-nots continues to increase. Sure, we as an industry can continue achieving impressive double-digit growth rates fueled by the purchasing habits of more well-off consumers, but the moral issue remains: Access to healthy food should not, as Whole Foods’ Robb told McMillan, be the “province of the rich.”

Share your thoughts on these questions in the comments below.

Natural and organic: Let's unify to create a healthy, sustainable and just food system
May 07, 2014