A whirlwind month for GMOs 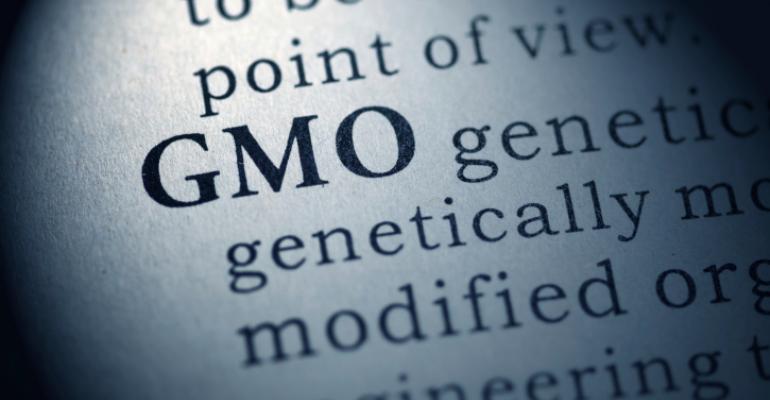 Buried in the headlines when FDA approved GE salmon was news that the agency is taking issue with the term &quot;non-GMO,&quot; used by hundreds of companies on thousands of products. Meanwhile, the labeling debate continues.

It’s been a whirlwind month of GMO developments, and health-conscious consumers, GMO labeling proponents, fishermen, non-GMO food producers and others are resting a bit uneasy as the nation heads into the year-end holidays.

Saying that it “rigorously evaluated extensive data submitted by the manufacturer…and other peer reviewed data,” FDA concluded that "there are no biologically relevant differences in the nutritional profile of AquAdvantage salmon compared to that of other farm-raised Atlantic salmon.” The GE salmon is expected to enter the market, including restaurants and retail stores, in about two years, reported ABC News.

Saying no to “non-GMO”

On the same day, FDA also announced it is not in favor of the term “non-GMO,” used by hundreds of companies on tens of thousands of product labels. In guidelines published for voluntary labeling of food from genetically engineered sources, FDA said “GMO” conveys an overly broad and inaccurate meaning when applied to food products. “Most foods do not contain entire organisms,” the agency said.

FDA indicated it would prefer food labels to say “not bioengineered,” or “This oil is made from soybeans that were not genetically engineered,” reported The New York Times on November 20. The Times also reported that FDA remains opposed to mandatory disclosure of genetically modified ingredients on food labels.

Consumers want to know, however. Driven by market demand, the Non-GMO Project Verified seal is the fastest growing seal in the natural products channel. In 2015, 34,000 products representing $13.5 billion in annual sales featured the Non-GMO Project Verified seal on the label, reported the Non-GMO Project. Additionally, the market for certified organic products, where GMOs are prohibited, grew 11 percent to $39 billion in annual sales, Organic Trade Association reported in April 2015. And, in a June 2015 ABC News poll, an overwhelming 93 percent of U.S. consumers said the federal government should require labels on food saying whether it's been genetically modified or "bio-engineered" (the poll used both phrases). “Such near-unanimity in public opinion is rare,” ABC News said.

Also in late October, Senate Agriculture Committee ranking member Debbie Stabenow (D-MI) announced she would deal with the GMO labeling issue once and for all, hopefully seeking a compromise before the end of the year. Depending on whom you talk to, this would either provide some semblance of mandatory labeling--perhaps by requiring cryptic QR codes on the label, a move that would require consumers to have smart phones and the time to check each product. Or Stabenow’s efforts could potentially pre-empt Vermont’s mandatory GMO labeling law, set to take effect in July 2016, in favor of a national voluntary labeling system. Such a move would be seen by GMO labeling proponents as an extension of the DARK Act (Safe and Affordable Food Labeling Act, H.R. 1599), passed in the House of Representatives this past summer, and backed by the biotech industry and the Grocery Manufacturers Association.

“Senator Stabenow believes that for any solution to pass the Senate, it must establish a national system of required disclosure that would ensure consumers get the information they want about their food, while also solving the problem of a 50-state patchwork of regulations,” a spokesperson for Senator Stabenow said. Groups including Organic Consumers Association, Center for Food Safety, Just Label It and others are urging industry and consumers to contact Senator Stabenow's office as well as their own senators and the White House to demand mandatory GMO labeling.

From its first application in 1996, AquaBounty Technologies had been waiting nearly 20 years for commercial approval of its GE salmon, produced by combining the genes of Atlantic salmon and Chinook salmon with those of a different marine species, an ocean pout, to make it grow twice as fast as normal farmed salmon on 25 percent less feed.

“AquAdvantage salmon is a game-changer that brings healthy and nutritious food to consumers in an environmentally responsible manner without damaging the ocean and other marine habitats,” Ronald Stotish, CEO of AquaBounty, said in a statement.

One wrinkle, exacerbated by FDA’s refusal to require labeling disclosure in approving the GE salmon, is that the ocean pout, an eel-like fish, is not considered kosher, creating an unprecedented conundrum for lovers of kosher lox.

“The decision to approve GMO salmon without a mandatory disclosure is yet another example of how FDA’s outdated policy keeps consumers in the dark,” said Scott Faber, executive director of Just Label It, in a statement. “Consumers will have no way of knowing whether the salmon they are buying comes from nature or comes from a lab. It makes sense to give consumers the right to know and to choose whether this fish, or any other food that contains GMO ingredients, is right for their dinner table.”

Producing the GE salmon eggs in Canada, and then shipping the fry to be raised in fish farms in Panama, AquaBounty ensures that it can keep its genetically engineered fish from escaping and potentially contaminating or outcompeting native salmon populations. The company also claims its GE salmon are sterile and would be unable to breed in the wild.

Yet, Canadian scientists in 2013 reported that AquaBounty’s GE salmon could crossbreed with a closely related species, brown trout, and pass on the GE traits to the hybrid offspring. Also, Dana Perls of Friends of the Earth pointed out to NPR that the company’s egg production facility, located on Prince Edward Island, is near an estuary that feeds into the North Atlantic--prime breeding waters for native Atlantic salmon.

Additionally, the Center for Food Safety, Food & Water Watch and others expressed concerns over reports of negligence and mismanagement at AquaBounty’s Panama facilities that could increase the risk of escape. According to a complaint filed in November 2013 by the environmental group Centro de Incidencia Ambiental de Panama, AquaBounty’s Panama production facilities were missing legally required permits and inspections, including a wastewater discharge permit.

"These allegations suggest a dangerous pattern of non-compliance and mismanagement by AquaBounty, raising the likelihood of an environmentally damaging escape of these fish,” said George Kimbrell, senior attorney for Center for Food Safety. Indeed, CFS also revealed that AquaBounty itself reported “lost” GE salmon, which resulted from extreme weather and frequent flooding in this region of Panama.

“We’ve been fighting against GMO salmon for 10 years,” Larry Collins, VP of the Pacific Coast Federation of Fishermen’s Associations, told the San Francisco Chronicle. “It’s shockingly irresponsible of the FDA to allow this untested science to be tested on human guinea pigs.”

“This sets the bar incredibly low for engineered animals,” said Michael Hansen, senior scientist for Consumers Union. “There were serious problems with the safety assessment.” Hansen expressed concern that testing for potential allergens was only done on a very small sample size, and that the tested GE salmon actually did show a higher allergenicity.

A number of major retailers have announced they won't sell the GE salmon, including Whole Foods Market, Costco, Trader Joe's, Safeway, Target and Kroger. Leading restaurants including Legal Sea Foods, Red Lobster and others also announced they wouldn’t be offering GE salmon on the menu.