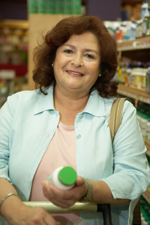 Echinacea and probiotics are the two immune-ingredient kings. Echinacea ingredient sales registered a healthy $21 million in food, drug and mass markets and another $9.3 million in the natural channel, SPINS reports. Meanwhile, probiotics snagged more than $1 billion in sales in the FDM channel, up 35 percent from the previous year, plus $310 million among natural-products store shoppers, a 10.4 percent increase.

Probiotics
Global Industry Analysts, a market research firm in San Jose, Calif., predicts the worldwide probiotics market will reach $29 billion by 2015. Europe is the largest and fastest-growing market, with Germany and the United Kingdom accounting for 45 percent, followed by Japan.

Danish company Chr. Hansen has been poised to capitalize on this trend since 1986, when hundreds of studies were conducted on its probiotic strains. In September 2010, research published in the British Journal of Nutrition showed that daily supplementation of Chr. Hansen’s BB-12 strain may significantly reduce respiratory infections in newborns. This was one of the first studies of its kind to focus on children younger than 1, says Birgit Michelsen, director of scientific affairs in the Chr. Hansen health and nutrition division.

Another long-time leader in the category is Institut Rosell-Lallemand of Montreal, which makes ProbioKid. A recent study found that the ingredient’s unique combination of three proprietary probiotic strains (two Bifidobacteria, one Lactobacillus) and the prebiotic fiber FOS can reduce infections in children by 25 percent during the winter, compared with a placebo.

According to SPINS, natural-channel shoppers spent $6.3 million on products containing the antiviral herb elderberry in the past year—and with good reason. Two 2009 studies showed that the flavonoids in elderberry can affect H1N1 and HIV infections, says Denis Charlebois, PhD, a founding member of the North American Elderberry Alliance. One study showed that elderberry flavonoids bind to and prevent H1N1 infection in vitro; it also identified the chemical components that bind directly to the virus.

The second study revealed that elderberry, green tea and cinnamon extracts rich in certain flavonoid compounds blocked HIV-1 entry and infection in cells. “[This suggests that] these types of botanical extracts could provide a starting point for the development of safe and reliable co-therapies for HIV 1–positive individuals, as well as for the identification of new small molecules as leading drug candidates for HIV–1 therapeutics and microbicides,” the research team concluded.

While these papers deal with Sambucus nigra (European elderberry), the information is also likely valid for Sambucus canadensis (American elderberry), Charlebois says. This is important because “the health potential of S. canadensis alone or in combination with other ingredients is gaining popularity with the release of new products in Canada and the U.S.,” he explains.

Suppliers and finished-product companies specializing in elderberries have begun cropping up in recent years. Examples include Suro, a Quebec-based organic food company that sells elderberry syrups, jellies, vinaigrettes and salves, and Eldertide Farm, a Maine-based certified-organic elderberry grower that also has a finished-product division. Other elderberry suppliers include Health Sciences Group, a Florida- and Singapore-based company whose elderberry extract was used in the H1N1 study; California-based BI Nutraceuticals; and New Jersey-based Proprietary Nutritionals, whose Berry-Max fruit concentrates include the elderberry ingredient Elder-Max.

Beta-glucan and the immune system

One of the most well-researched immunity ingredients is Wellmune WGP, made by Minnesota biotech company Biothera. Derived from beta-glucan, a proprietary strain of yeast, the ingredient helps white-blood immune cells quickly find and kill attackers.

During the past two years, five double-blind, placebo-controlled clinical trials have shown beta-glucan’s immunity benefits in different population groups. Presenters at the Annual Meeting of the American College of Nutrition last October discussed a trial of 77 healthy women who were given either a placebo or 250 mg of Wellmune WGP daily for 12 weeks. Only 10 percent of the Wellmune group reported upper respiratory-tract infection symptoms (sore throat, stuffy or runny nose, cough), compared with 29 percent for the control group.

“This study shows that while daily stressors can wear down immune-system function, supplementing with Wellmune WGP can bolster those natural defenses,” says Shawn Talbott, PhD, research director at Supplement Watch, a corporation that evaluates supplements, and the study’s lead investigator. In the past year, Wellmune WGP was introduced in 10 countries, and is now sold in a total of 30 nations.

“Biothera doubled its sales in 2009,” says Richard Mueller, Biothera president and CEO. “We expect to more than double our sales annually for the next several years.”

Because Wellmune WGP isn’t degraded by temperature, pressure or other food-processing variables, its application potential is vast. The ingredient is currently in product development in every food and beverage category, Mueller says, and was awarded both the Institute of Food Technologists Innovation Award and the Frost & Sullivan Excellence in Research Award.