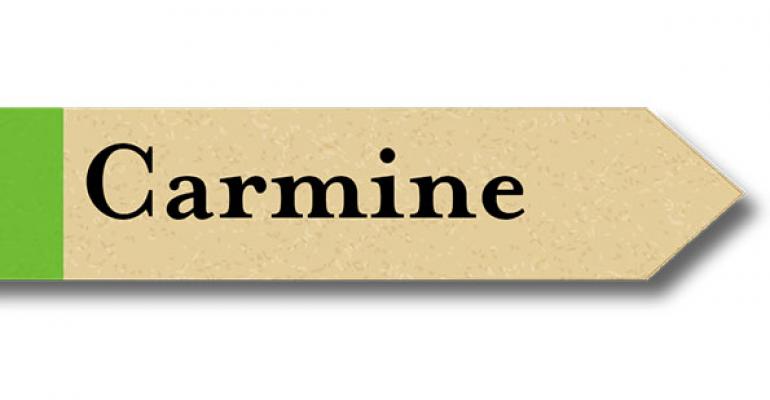 Also known as cochineal extract, carmine is a deep red acid expelled from the bodies of dead cochineal beetles when they are crushed.

What’s it used for?

As a natural alternative to artificial, petroleum-based orange, pink, red and purple food dyes. According to Chr. Hansen, the market leader for natural colors, it is resistant to oxidation and holds its hue in the presence of light and heat. “It’s a stable red color and those are hard to get,” says food scientist Mary Mulry, PhD, of consulting firm FoodWise. Cochineal was used as a coloring for textiles as far back as the Aztec and Inca empires, and used to color the coats of British soldiers during the Revolutionary War, but fell out of favor with the advent of artificial colors in the late 1800s. It experienced a revival in the 1980s after the Food and Drug Administration banned the use of numerous artificial colors in food because of health concerns (today, just nine petroleum-based dyes are allowed in food).

In recent years, consumer groups have complained that the use of carmine puts people with bug allergies at risk of hives and anaphylactic shock and leads vegans, vegetarians and Kosher Jews to unknowingly eat bugs. Then, there is the ick factor. While some bloggers have called out carmine as “unnatural,” food scientists disagree. “Carmine is as natural as the day is lon 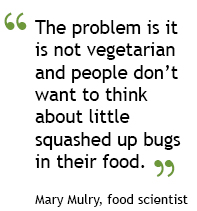 g. The problem is it is not vegetarian and people don’t want to think about little squashed up bugs in their food,” says Mulry.

The Center for Science in the Public Interest petitioned the Food and Drug Administration to require products containing carmine to say “insect-derived” on the label. FDA declined but did change the law effective in 2011 to require companies to list “carmine” or “cochineal extract” rather than simply “color added.” In 2012, Starbucks President Cliff Burrows publicly announced the company was transitioning away from cochineal in favor of a lycopene-based extract to add red color to its smoothies and Frappuccino’s. He said he had “fallen short of consumer expectations” by using the bug-derived colorant.

In 2013, consumers pressured Dannon to rid its berry yogurts of carmine. Dannon declined. Negative media coverage and a highly volatile price for carmine have since prompted many natural products companies to shift to red colors derived from beetroots, grape skins or tomatoes. Chr. Hansen is reportedly researching a non-insect-derived carmine created via a fermentation process, due out within a few years.

Is it OK for carmine-containing products to carry a natural label? Why? Or why not?

Starbucks opts for tomatoes over red dye from bugs
Apr 23, 2012